I recently wrote about Folk Horror Revival and the growing in interest in folk horror.

If you should be curious for a definition of this loose cultural grouping then I would recommend Andy Paciorek’s article From the Forests, Fields and Furrows: An Introduction, which can be found at the Folk Horror Revival site.

In it he talks about where the phrase is thought to have first been used/popularised and gives a broad overview of folk horror.

However, when I say definition, one overarching exact description is a difficult thing to achieve, as he says in his article:

“…one may as well attempt to build a box the exact shape of mist; for like the mist, Folk Horror is atmospheric and sinuous. It can creep from and into different territories yet leave no universal defining mark of its exact form.” 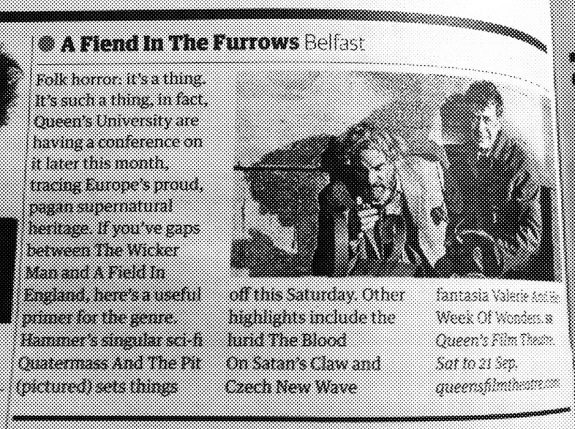 A particular point of interest in the article is when he talks about Folk Horror book author Adam Scovell’s describing a chain of elements that comprise a folk horror film, which he spoke about at a paper written for the Fiend In The Furrorws conference on folk horror which was held at Queen’s University Belfast in September 2014.

Andy Paciorek goes on to put forward his thoughts in relation to these, which I briefly excerpt from below:

“Landscape: Some consider that the setting should be rural for the film to be ‘Folk’, but I think a broader view may be considered. The tradition of the horror may indeed have rustic roots and pastoral locations may provide the setting for many of the stronger examples, but people carry their lore and fears with them on their travels and sometimes into a built-up environment.” 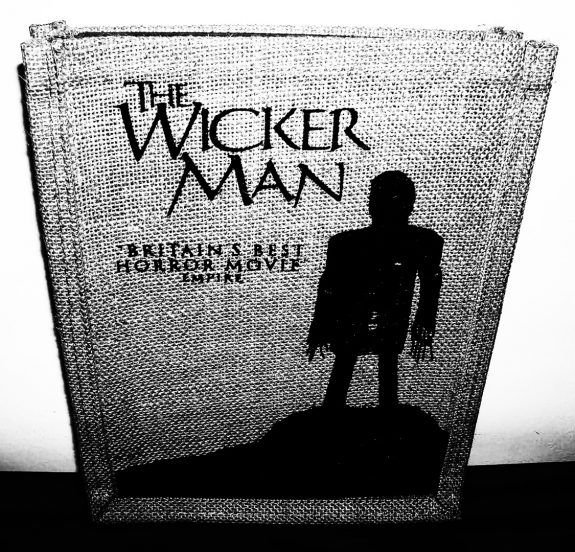 “Isolation and Skewed Moral Beliefs: In these instances, ‘Isolation’ does not refer to being entirely alone but may refer to characters such as Sergeant Howie in The Wicker Man finding themselves alone within a group whose moral beliefs and practices are utterly alien to their own.”

“Happening / Summoning: The Happening/Summoning that falls close to the conclusion of such films may involve a supernatural element such as an invocation of a demon, or it may be an entirely earthly (though no less horrific) event such as an act of violence or a ritual sacrifice.”

The article is well worth a read as an overview of folk horror, one that is both wide reaching and inclusive, while also giving its “box the exact shape of mist” an overall shape, form and parameters.

The article includes reference to a considerable number of films and television dramas. However if the considerable number of these induces a sense of “Where do I start?” then accompanying the article with a perusal of Adam Scovell’s “Where to begin with folk horror” that he wrote for the BFI’s website may prove just the ticket as it is a concise collection and consideration of some of the key touchstones in such work.

Destinations and directions:
From the Forests, Fields and Furrows: A Folk Horor Introduction by Andy Paciorek
Where to begin with folk horror by Adam Scovell