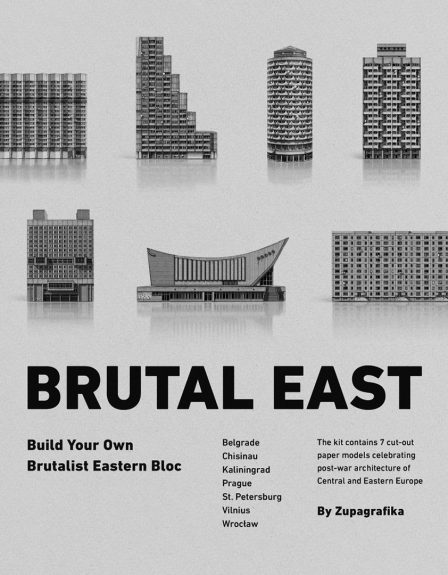 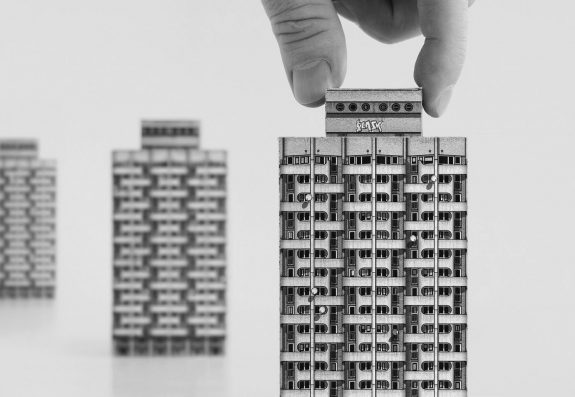 In something of an ongoing mini-theme around these parts of cut out and build your own models of London brutalist architecture, ready off the shelf Delian Derbyshire dioramas and Midwich bunting… 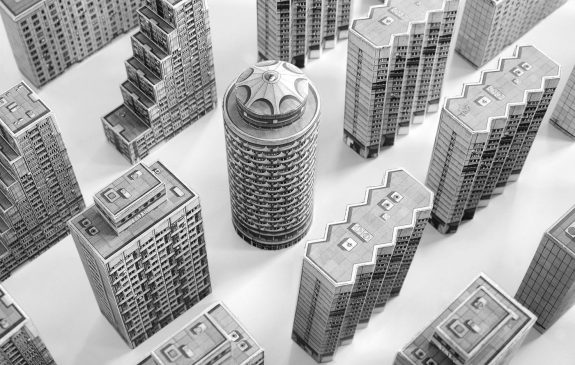 “Brutal East by Zupagrafika is a kit of illustrated paper cut-out models celebrating post-war architecture of Central and Eastern Europe that allows you to playfully explore and reconstruct some of the most controversial edifices erected behind the Iron Curtain. Contains 7 brutalist buildings to assemble, from omnipresent pre-cast housing estates to mighty post-soviet landmarks awaiting renovation or threatened by demolition.” 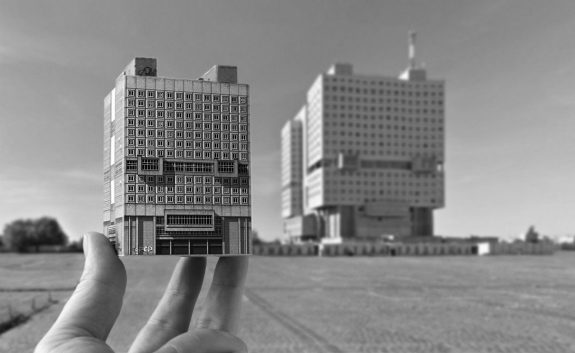 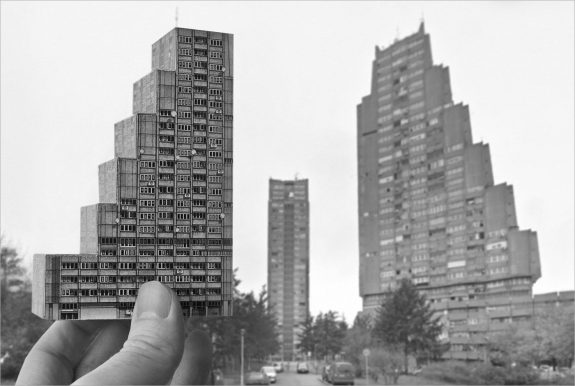 At A Year In The Country I have visited Soviet era folk artifacts and discarded or derelict infrastructure a number of time and have commented on how the sense of lost futures that they can contain could be considered a variation on the normally British/European orientated interests of hauntology.

Brutal East may well fit alongside and amongst such things, as well as being a companion piece to Zupagrafika’s Brutal London cut out and build book. 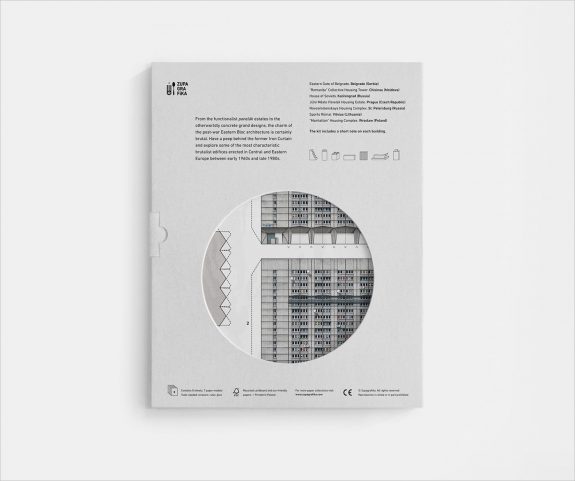