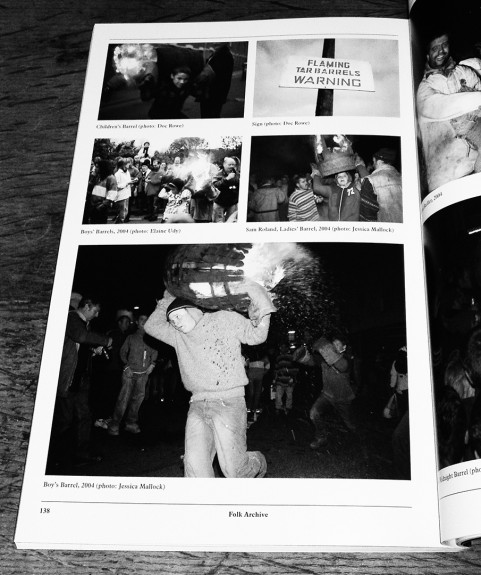 File under: Trails and Influences.
Other Pathways. Case #21/52.

I’ve never been especially drawn to what is often called fine art, whether contemporary or from previous eras. I’m not anti it but I suppose the culture I’ve been drawn to has tended to be a bit more democratically accessible and purchasable: more likely as I grew up to cost 30p, £5 or £10, to come from Woolworths, through the speaker of the radio, the local newsagents, a library or two and later bookshops and record shops than to be found in galleries and in the possession of a few more wealthy folk.

In a library I used to frequent the books of Jeremy Deller’s work would generally be found in the fine art section but to me his work existed separately to much of what surrounded it: his work seemed to exist in a genre unto itself, it felt like there was a curious lack of ego, often it made me think more of a creative enabler, curator and event organiser than an artist with a capital A and in some ways his work bridged the gap between what is known as fine art and accessible popular art. 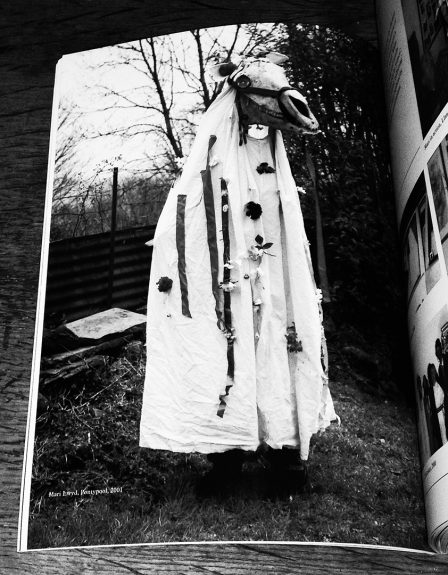 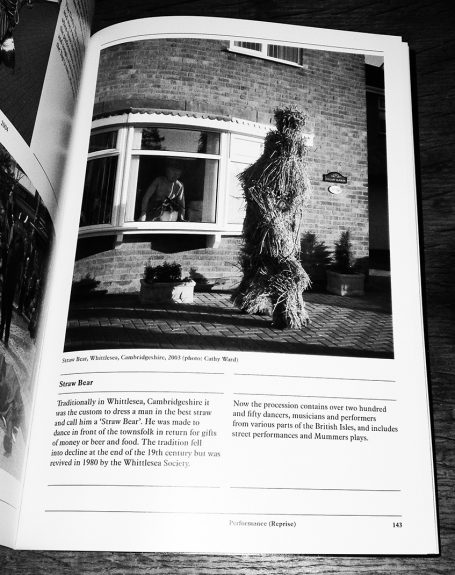 In keeping with that is the Folk Archive book/exhibition collection he worked on with Alan Kane. In it creative work from every day life in the UK, often things which may not be considered art by its makers or wider society, is collected and recorded photographically,

In the pages of the book you can find everything from tattoos/tattoo guns and artwork from prisons, burger van signs, illustrations painted onto the bonnets of cars and crash helmets, fairground paintings, sandcastles, cake decorations, Christmas decorations, protest banners, shop and cafe signs, decorative costume for a night out or a carnival, clairvoyant hand signs, crop circles and the trappings of what could be considered traditional folkloric rituals. 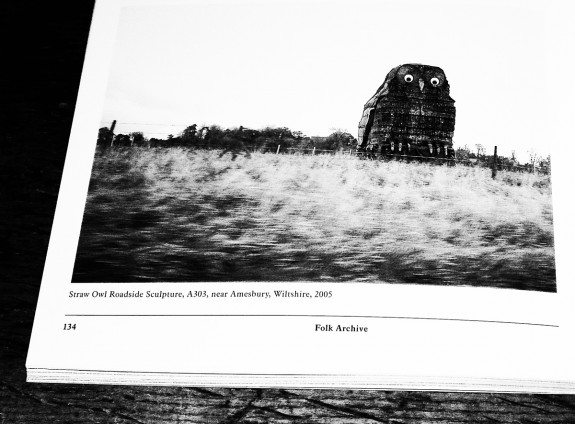 The use of the word folk in Jeremy Deller and Alan Kane’s work I assume refers more to a sense of art from the people, of the people, by the people, for the people than to the roots of the word folk, which essentially refers to a sense of music and culture from the wald or wild woods (see Day 40/365). But in some ways it is still work from the wild woods, in that this is unregulated art, work which sidesteps definitions and hierarchies surrounding what is allowed into the canon of art and high culture. 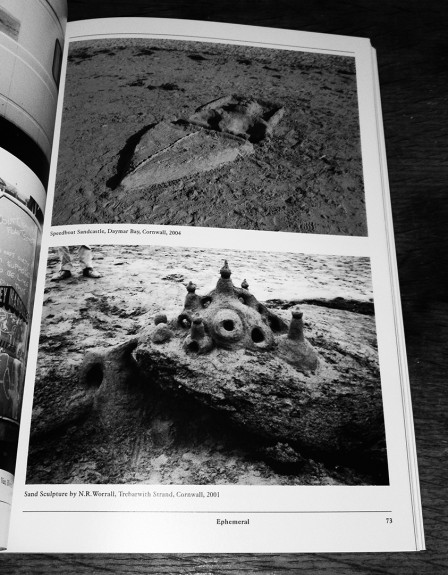 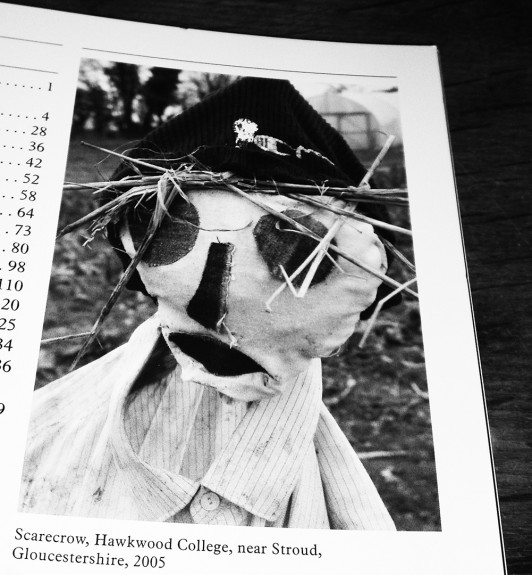 Jeremy Deller’s work often involves, incorporates and is accessible to the public and as I said earlier, bridges the gap between what is thought of as art and popular culture.

In the past that has included taking modern music technology to record with retired musicians in an English seaside town, re-enacting pitched battles in political disputes in conjunction with those involved at the time and re-enactment enthusiasts (see Day #78/365), taking a bouncy castle version of Stone Henge around the country (!), a traditional brass band playing acid house records to a young dance audience or a procession through Manchester that incorporated everything from a local pensioner friendly snack bar re-created on the back of a float to Mancester independent music played by a calypso band. 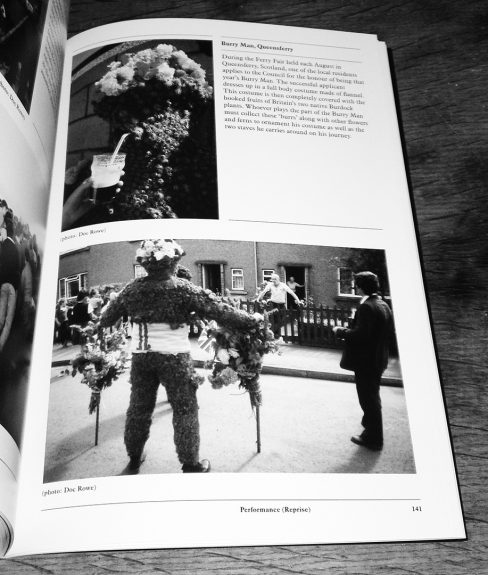 The images on this page concentrate on the more folkloric ritual side of the collection (apart from the sandcastles, because they made me smile and took me back to seventies film stock coloured younger days and the scarecrow because, well, that made me smile as well and every so slightly childhood scared): burning tar barrel carrying, a Straw Bear Dancer, the Burry Man and so on.

That’s partly in keeping with the themes of A Year In The Country and also because many of the images link back and interestingly even quite directly mirror photographs found in other records of such things that I have written about before. Specifically Homer Syke’s Once A Year (see Day #19/365) and Sarah Hannant’s wander through the English ritual year (see Day #66/365). 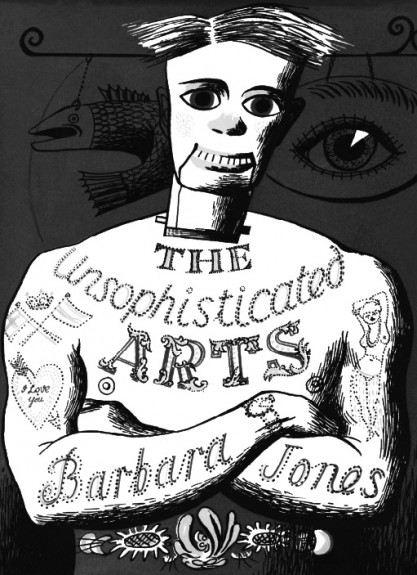 (As a postscript, in many ways the Folk Archive collection reminds me of a modern-day revisiting of some of the themes of Barbara Jones Unsophisticated Arts, the book which told the story of her explorations in the 1940s of everyday art throughout Britain and which took in some similar subject matter: fairgrounds, tattoo parlours, taxidermists, houseboats, high street shops, seaside piers and amusement arcades. Well worth a look-see.)