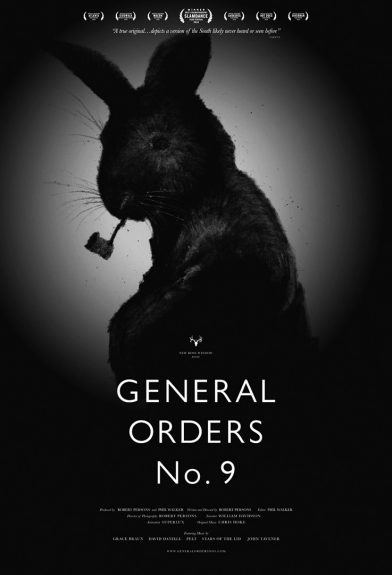 And while we’re talking about astonishing things (see Lutine at Day #50), this is a quite astonishing film by Robert Persons.

I watched it again just recently and I just sat there entranced with my hair stood on end for much of the film.

What is it? Well, it’s hard to quite describe as I’m not sure I’ve seen another film like it: it’s an experimental film in some ways but eminently watchable and beautifully shot – many of the sequences are nearer to celluloid takes on fine art photography which linger over the stillness of the subjects in the frame. I think poetic could be a good adjective. Haunting would be another

As a very brief precis, the film takes the viewer on a journey through the transformation of a section of mid-Southern American America (Alabama, Missisipi and Georgia) from a wilderness into it’s modern state.

It does this via the use of original film footage, maps, vintage photographs, found objects and views of natural and manmade landscapes.

Adding to the texture and layers of the journey the film takes is an accompanying narrative by a voice which could well be announcing the end of days (it reminds me of God Speed You Black Emperors Dead Flag Blues, which in some ways could almost be a companion piece to General Orders No. 9, with its sense of lyrically beautiful apocalyptic dread). 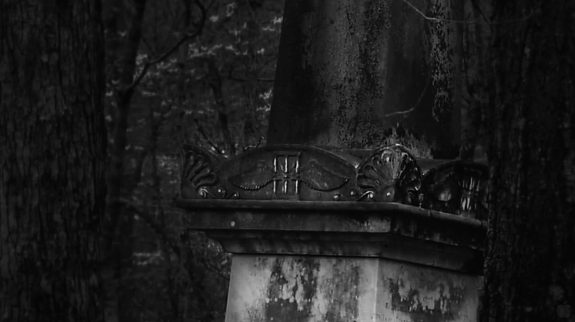 In many ways it could be thought of as a film which explores the hauntology of the Southern states; the land is seen to be littered with the remnants and spectres of mankind’s industrial and technological endeavours – old factory installations, derelict mobile phone masts, rooms filled with detritus and hundreds of scattered old books.

But despite a sense of a brutalising of the landscape via progress and the relentless march of freeways there is a beauty to the film and much of what it portrays.

(I don’t want to post too many stills from the film as I think if you should want to explore more it would be good to appreciate the imagery of General Orders No. 9 first time as part of the film.) 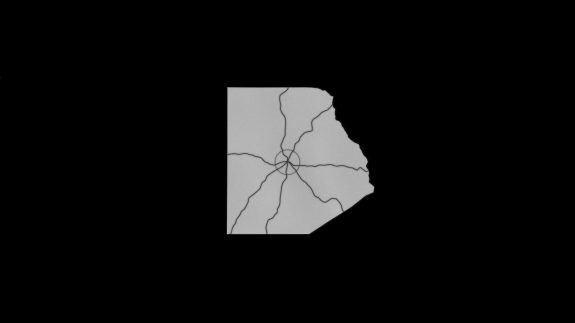 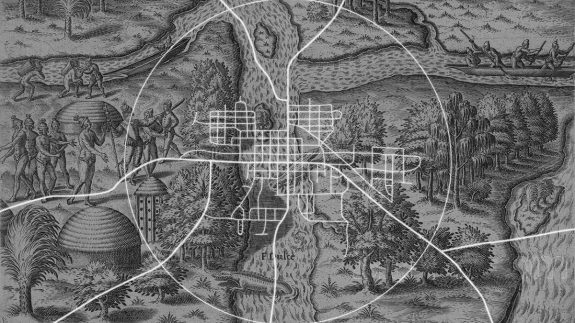 And the narration? Phew, well, I could be here all day quoting it but here are but a few snippets:

“Why is the sign of the thing preferred to the thing itself?
We’re lost without a map…
The lord loves a broken soul, let us hope we are well broken…
The city has none of the signs of the place and all of the machine…
You are not a witness to the ruin, you are a ruin, you are to be witnessed…
The only response is to refuse, to go to the ruins and sit amongst them…”

Alongside the film, there are some quite lovely accompanying prints by Bill Mayer, which represent elements of the films symbology (the one in the left below is referred to on the General Orders No. 9 site as “derelict microwave overlord”… I feel that needs no comment). 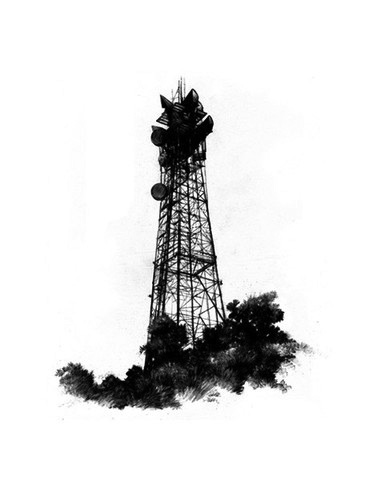 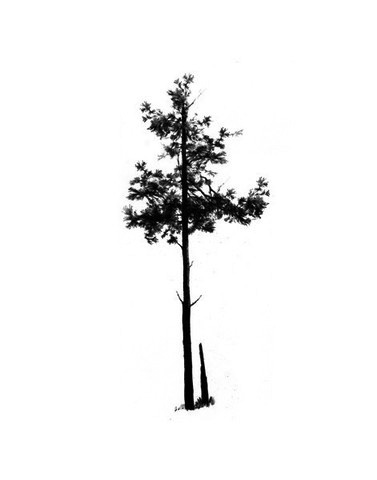 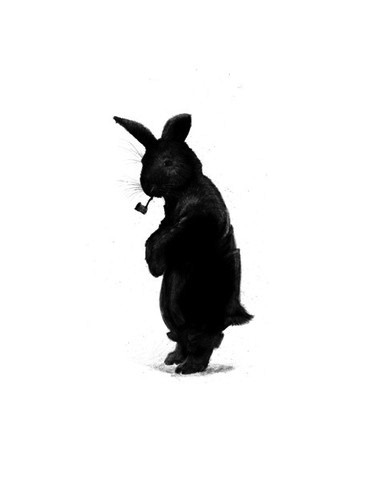 There are also two accompanying books: Notes For A New Map, a collection of historical sources and icons and The Black Book which contains the text of the narration: 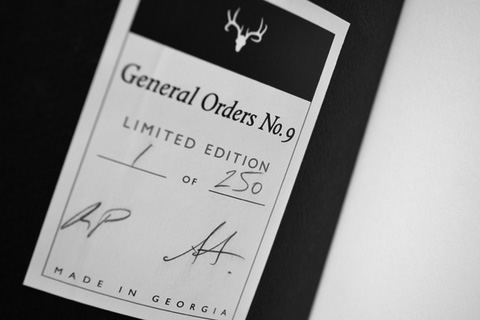 As an almost final note, I sat watching it and my mind thought “When I pass, if I’ve done anything worthy of a memorial, I’d like this film played on a loop for twenty hours as part of it”.

And as a final note, at some date I’m hoping that the soundtrack by Chris Hoke, Stars Of The Lid, Grace Braun and John Taverner wlll be released as in a superlative film it is another rather fine superlative. 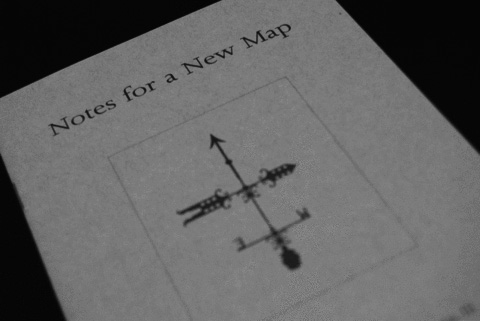 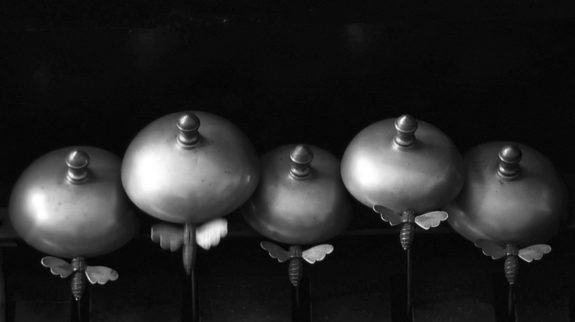