Adrian McKinty’s novel In The Morning I’ll Be Gone (2014) is nominally a crime fiction novel which utilises some of the classic tropes of noir detectives – an awkward, independently minded protagonist who does things his own way, antagonises his superiors/those who belong to the law enforcement infrastructure, a “good” man with a sense of moral standards but who through necessity in getting the job done and taking that moral stance often finds himself walking in shadowed territory and utilising questionable methods.

(The Troubles or the Northern Ireland conflict was an extended period of conflict during the late 20th century in Ireland/Northern Ireland and to a lesser degree the British mainland, between those such as loyalists who wished Northern Ireland to remain within the United Kingdom and those such as republicans who wished it to join a united Ireland. It had sectarian/ethnic aspects and has been described as “low-level war”. The main participants included republican paramilitaries, loyalist paramilitaries, British state security forces and to a degree British intelligence agencies, political activists and politicians but also in part the wider population, with the conflict including numerous riots, mass protests and acts of civil disobedience).

In the novel Dermot McCann, an ex-schoolmate of Sean Duffy’s and a master republican paramilitary explosives expert, escapes from the Maze prison, which was used to house paramilitary prisoners and becomes a prime target of British Intelligence, who drag Duffy out of his drunken enforced retirement in order to track him down.

The novel is interwoven with a locked room mystery which Duffy attempts to solve in order to obtain information about McCann’s whereabouts and it finally leads to the historical event of the assassination attempt on British Prime Minister Margaret Thatcher in Brighton.

It is difficult to concisely sum up the novel and its background in just a few paragraphs, something which highlights what the novel in part portrays; the often multi-layered, interconnected, at times morally ambiguous, colluding and shadowy worlds and actions of those involved on all sides and at the conflicts’ fringes. 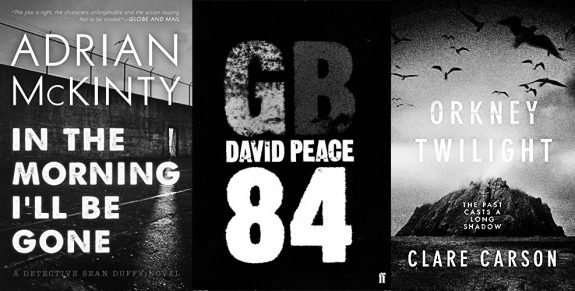 It could be considered part of a genre where noir-esque fiction is used as a way of exploring hidden or semi-forgotten/unearthed history, in a similar manner to say David Peace’s GB84 (2004) and Clare Carson’s Orkney Twilight (2015), which are set amongst the turbulence within British politics around approximately 1984 and to varying degrees the 1984-1985 Miner’s Strike.

Although not exclusively set within rural areas, the above three novels often focus on actions that are away from large scale cities and capitals, with there being an at times underlying sense that these are areas which are a step or two away from the norms of civilisation; they are shown as being unobserved frontiers or edgelands where the rule of law is suspended, where conflicts can be settled in a more brutal, basic manner and crimes or what are considered transgressions against the powers that be’s intentions are dealt with and punished in an almost medieval way. 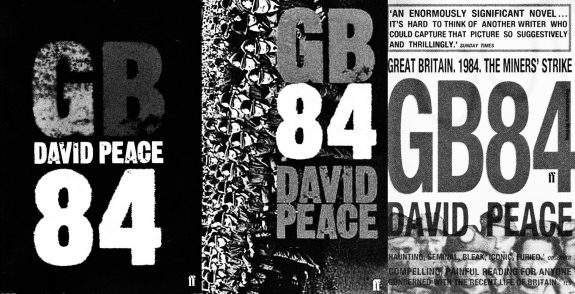 GB84 is a fictional portrait of the just mentioned Miner’s Strike. It is not crime fiction in a conventional manner, although it does utilise some of its stylisations and atmosphere, rather David Peace describes it as an “occult history”, saying that he uses “the word ‘occult’ to mean hidden – but also as a play on the more grotesque aspects of the word”.

As a book it is more overtly and stylistically left of centre or even possibly borderline experimental than In The Morning I’ll Be Gone and Orkney Twilight, although it explores similar territory – a time of change and upheaval within British society, turning points when there were conflicts between different belief systems/power structures, battles between the old ways and the new and as mentioned in regards to In The Morning I’ll Be Gone, the at times murky, ambiguous actions, participants and organisations of those involved.

Within GB84 there is a sense of almost mythological or supernatural dark forces being at play, while Orkney Twilight is interwoven with Norse mythology but within that book it is more a background texture or history, an interest of its protagonists – there is talk of dark forces but it is more a reference to the actions of humans rather than the possibly super or preternatural.

Orkney Twilight tells of a young woman who becomes drawn into the subterfuges surrounding her father’s work as an undercover policeman who worked within the British political fringe and much of the novel is set amongst the remote, harsh beauty of the Scottish islands of Orkney.

The novel has a literal personal connection to hidden history: it was inspired by Clare Carson’s own childhood – her father was an undercover policeman who infiltrated political organisations on the grounds of public security. She has said that although when she was a child she knew that her father was doing something secret, she did not learn the truth of his work until after his death when he was named in a documentary.

Due to when they were published these three novels take a retrospective view of history; the passing of time and the revealing of some facts since then enabling them to explore, view and review the sometimes hidden actions and events at the time and to reveal or connect the dots between such history and events.

They put me in mind of 1985 television series Edge of Darkness… more of which in part 2 of this post… coming soon, as they say…

Elsewhere at A Year In The Country:
Week #37/52: Edge Of Darkness, stepping into the vortex, reshuffling and sweeping the board…