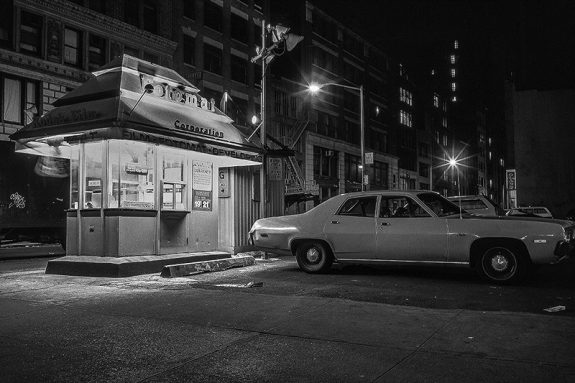 In Part 1 of this post I wrote about Langdon Clay’s photography book Cars – New York City, 1974-1976, which documents cars in that location and period parked at night, with very few people present in the images and how the photographs appear to have an almost spectral, eerie quality and that they could be seen as totemic signifiers of a country struggling in a socio-economic sense with a sense of its direction, power and virility.

At the time the photographs were taken America was indeed struggling with the fallout of 1960s progressive utopianism, which had curdled and in part turned towards a more sometimes nihilistic mindset, alongside the malaise and disenchantment caused by government scandals such as Watergate and the tail end of an unsuccessful and physically and psychically wounding conflict in Vietnam.

In this sense, to a degree they could be seen as a parallel reflection of some of the themes of British hauntology and the way it often focuses on and draws from a not dissimilar period in time and a related sense of social, economic and political schism or fracturing and lost futures – here cars that contain echoes of populuxe aesthetics, a connected optimistic philosophy and/or an almost strutting presence and expression of virility are now often ghosts or spectres of their former selves. 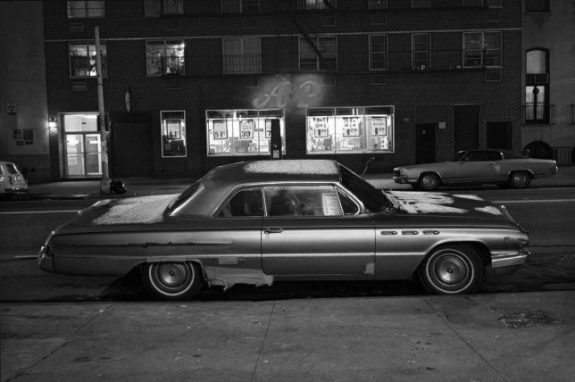 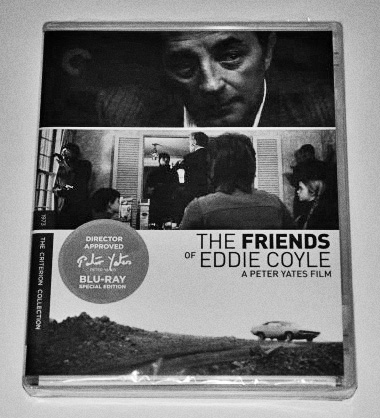 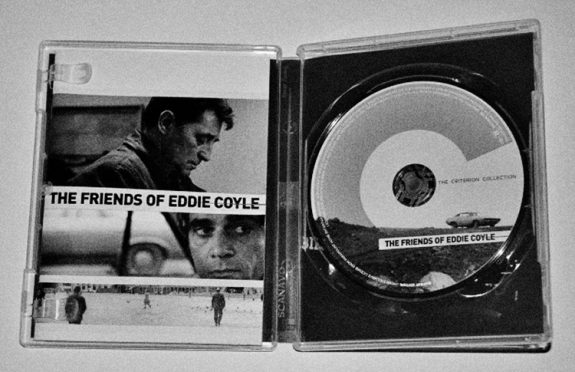 This sense of muscle car’s representing a tired virility can also be seen in two different era’s film adaptations of George V. Higgins novels; in Peter Yate’s 1973’s film adaptation of The Friend’s of Eddie Coyle the cars are relatively contemporary but as with the not dissimilar period depicted in Langdon Clay’s book they often appear a little worn, while the background millieux and atmosphere in which they are set depicts a country or society which is in a malaise, has lost its way and its inhabitants are often having to scrabble for every few cents whenever and however they can, whatever the cost or potential threats.

Accompanying and reflecting this, Robert Mitchum in the lead role, in contrast to the strident sense of presence and power he possessed and portrayed in films made in previous decades, has the air of a big, tired, world-weary bear of a man for whom things just don’t or won’t quite ever work out for.

In Andrew Dominik’s 2012 contemporarily set film adaptation of Killing Them Softly, a similar style and era of muscle car as those pictured in The Friend’s of Eddie Coyle appear. However in the later film adaptation they are often much worse for wear and/or feature patched repairs.

In a cyclical manner in Killing Them Softly they also are part of a representation and reflection of a society suffering from a sense of disenchantment and struggling financially due to being mired in problems connected to economic and other issues, resulting, as in The Friends of Eddie Coyle, in the characters in the film also having to scrabble, barter and take ill-advised routes out of their problems.

In the film even some of those involved in larger scale organised crime are depicted as being penny pinching and budget lead, while also being constrained and restricted by their own form of corporate bureaucratic paralysis, in a manner which appears to be a parallel with and comment on more mainstream society, government and business.

Further reflecting the sense of societal malaise depicted in the films, in both The Friend’s of Eddie Coyle and Killing Them Softly, the 1970s muscle/post-populuxe cars seem to often be featured amongst scrubby and even abandoned seeming edgelands and post-industrial spaces – even when the locations are more overtly urban there is a sense that you are looking at a literal and metaphoric hinterland.

Returning to Langdon Clay’s work, New York in particular during the period in which the photographs were taken was struggling socially and economically, being down at heel, financially strapped and near bankruptcy.

(The resulting cheap rents and effectively cracks or spaces that opened up in the fabric of the city were some of the factors which allowed the flourishing of what would become punk and new wave – Blondie, The Ramones, CBGBs etc.) 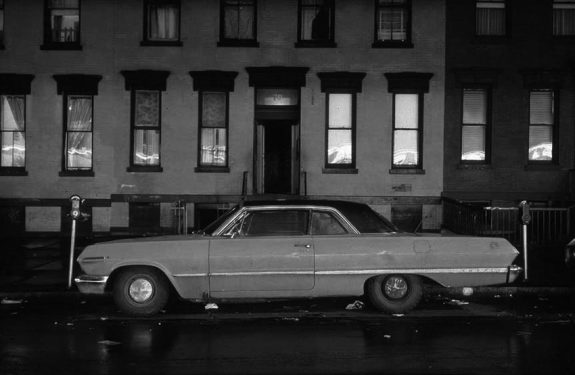 It is strange just how beguiling, alluring and beautiful these photographs of often beaten up and well-worn cars are: as writer and critic Luc Sante says in accompanying text, the cars are:

(Although actually they were not lit by the photographer – rather as Langdon Clay says: “The night becomes its own colour.”) 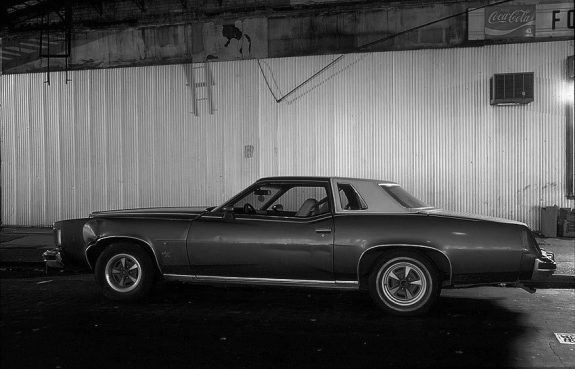 These cars sometimes initially appear almost nattily dapper, particularly as some of them have noticeably shining, lush wax finishes but when viewed closer the viewer begins to notice the signs of lives well lived.

Connected to that quote by Luc Sante, the photographs in the book remind me of author Peter Doyle’s curating of Australian police photographs of those in custody from the 1920s which were collected in the book Crooks Like Us – in those photographs the subjects viewed now appear nearer to say characters in a Hollywood noir rather than those residing at the authorities’ leisure.

In Langdon Clay’s Cars there is something about these vehicles which makes them seem as though they might be ne’er do wells; brooding, just taking time out but possibly up to no good some time in the future. 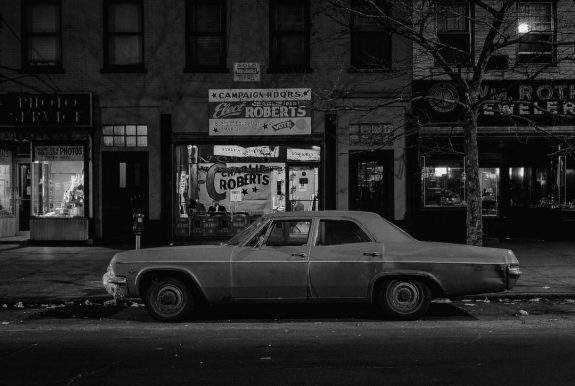 The book itself, while not cheap, is something of a beautifully produced, hefty tome and the “always the same and always different” nature of the photographs lends itself well to losing oneself in its physicality and the atmosphere it conjures and builds as you turn the pages.

Elsewhere at A Year In The Country:
1) Week #22/52: Fractures Signals #1; Flickerings From Days Of Darkness
2) Fractures – Night and Dawn Editions Released
3) Week #24/52: Fractures Signals #3; A Dybukk’s Dozen Gathering (/Looping?) From Around These Parts
4) Chapter 7 Book Images: 1973 – A Time of Schism and a Dybbuk’s Dozen of Fractures
5) Wanderings, Explorations and Signposts 33/52: Langdon Clay’s Cars – New York City, 1974-1976 – Post-Populuxe Ghosts That Brood While the City Sleeps