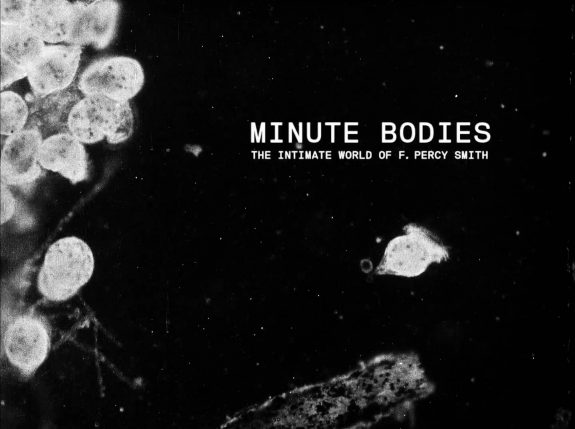 As seems to often be the way with culture, things appear and arrive in waves and gatherings and/or groups of things increasingly catch your eye and interest.

Along which lines, for a while now a series of DVD releases which take an often microscopic look at nature have been catching my eye.

This meditative, immersive film from Stuart A. Staples and David Reeve is a tribute to the astonishing work and achievements of naturalist, inventor and pioneering filmmaker F. Percy Smith.

Smith worked in the early years of the 20th century, developing various cinematographic and micro-photographic techniques to capture nature’s secrets in action.

Minute Bodies is an interpretative edit that combines Smith’s original footage with a new contemporary score to create a hypnotic, alien yet familiar dreamscape that connects us to the sense of wonder Smith must have felt as he peered through his own lenses and seen these micro-worlds for the first time. 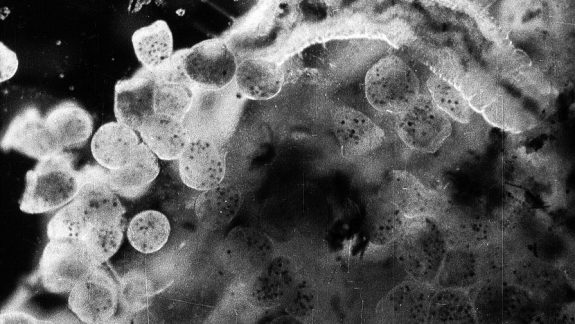 This is to be released around mid 2017 on DVD by the BFI, features a sort of late night free form jazz soundtrack by Tindersticks (of which Stuart Staples is a founding member) with Thomas Belhom and Christine Ott which seems to make more sense the more I watch and listen to the film. 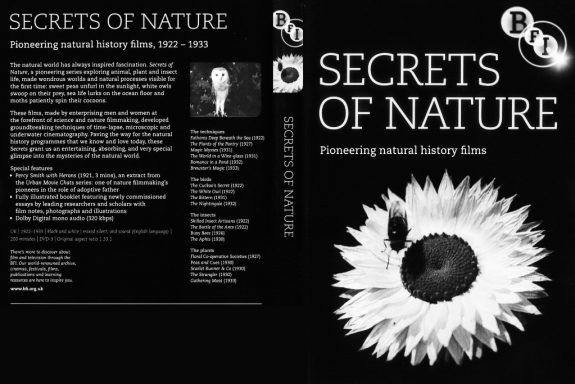 And then there is the more straightforward gathering of earlier twentieth century archival time-lapse, microscopic and underwater cinematography that can be found on the Secrets Of Nature, also released on DVD by the BFI but back in 2010, which when it wanders into stop-motion animation with an accompanying clipped, precise explanatory voiceover seems to have tumbled from an alternative history timeline where Jonny Trunk was in charge of the production of such films: 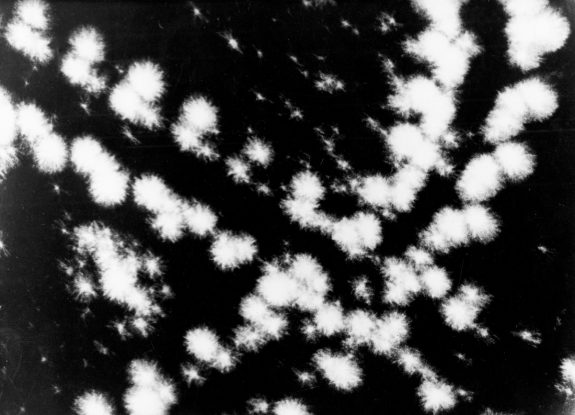 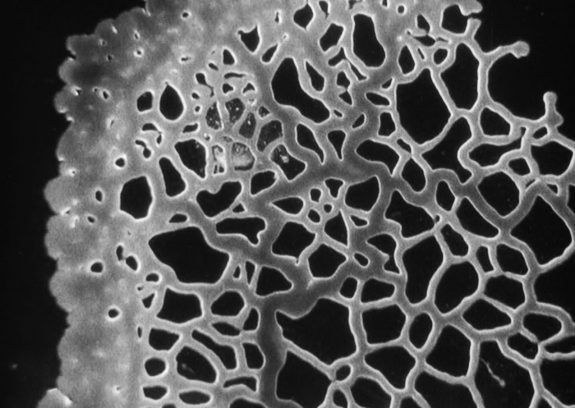 Secrets of Nature, a pioneering series exploring animal, plant and insect life, made wondrous worlds and natural processes visible for the first time: sweet peas unfurl in the sunlight, white owls swoop in on their prey, sea life lurks on the ocean floor and moths patiently spin their cocoons.

These films, made by enterprising men and women at the forefront of science and nature filmmaking, developed groundbreaking techniques of time-lapse, microscopic and underwater cinematography.

Despite their initial innovative aspects, such films as those on Secrets Of Nature are still at heart nature documentaries (which is not written in a dismissive sense, more just as an observation) but over time, as seems to often be the way with archival material, some kind of other layers of interest can creep into such recordings.

Viewed now they seem to step beyond their initial more scientific documentary nature and to evoke an intriguing atmosphere of previous eras. 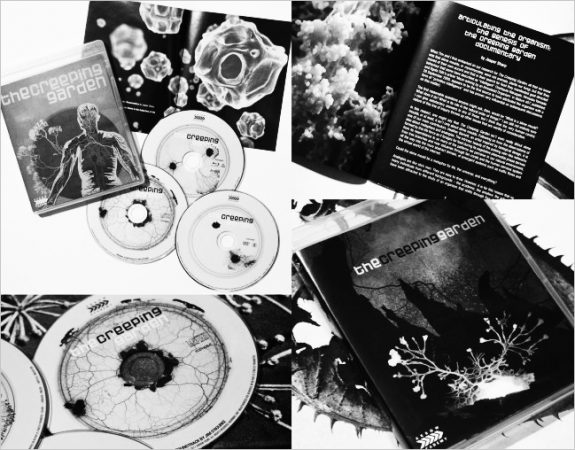 Of these various nature and often microscopic orientated films/collections, The Creeping Garden is particularly intriguing:

“…feature length creative documentary exploring the work of fringe scientists, mycologists and artists and their relationship with the extraordinary plasmodial slime mould… The slime mould is being used to explore biological-inspired design, emergence theory, unconventional computing and robot controllers, much of which borders on the world of science fiction.”

There is something genuinely unsettling about this film, its premise and footage.

It brings to mind the underground preternatural intelligence that is shown in the science fiction film Phase IV or possibly the indefinably alive organism of The Andromeda Strain.

I expect I shall be exploring further…

Originally released in 2014, The Creeping Garden DVD/Bluray was released in 2017 by Arrow, with the accompanying book being published by Alchima, a new imprint from FAB Press – whose website seems to focus a fair bit on fringe, giallo and the more transgressive, Midnight-At-The-Scala sides of cinema.

Despite the provisionally documentary nature of the film, this publishing home seemed somewhat appropriate in terms of The Creeping Garden wandering off down not-quite-so-mainstream exploration and research pathways.