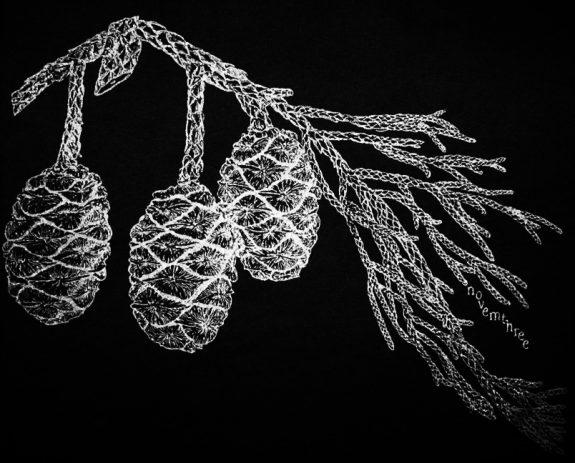 Now, I don’t know all that much about Novemthree and it’s one of those times where I’m not sure I want to as for me this song seems to be something of a pinnacle of all things gently pastoral and yet quietly unsettling in folk music and I seem to want to leave it  undisturbed*.

The song was released as part of a hand assembled split album with Arrowwood: You can listen to/purchase the song here or via Little Somebody here. The song was also featured on the John Barleycorn Reborn: Rebirth compilation release by Cold Spring.

*As an aside, If you wander along the pathways that lead from novemthree you will soon wander into the meadows and territories of what could be called pagan folk, heathen folk, dark folk, wicca folk, doom folk, gloom folk and the like… tread gently…