“There’s a mad darkness eating at the soul of man…”

As I’ve mentioned around these parts before and of which you may well be aware, there’s a sort of canonic trio of folk horror film classics; The Wickerman, Blood On Satan’s Claw and The Witchfinder General…

…and following pathways from The Witch Finder General you may well at some point arrive at Vincent Price and the Horror of the English Blood Beast. 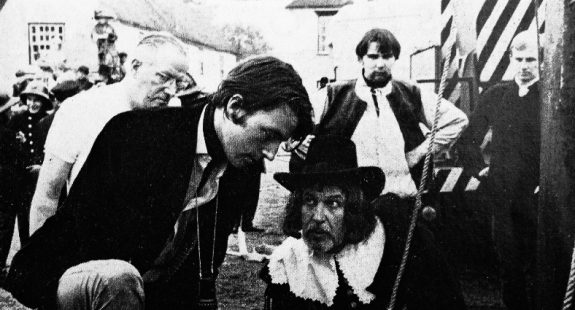 This was a radio play that depicts the background of the making of the film and the clash between venerable horror stalwart Vincent Price and its young director Michael Reeves after he has to accept the older actor as his star because “he comes with the money“.

It’s a lovely, moving and ultimately quite sad piece of work. It puts the film itself, which could not necessarily be considered an easy story to watch (tread carefully if you should go seeking it and much of the other culture mentioned on this page) in a human and historical context.

An easy watch? Critically appreciated at the time?

“But what will they think of the film?”

“Sequences of astonishing and appalling ferocity.”

“The film is an exercise in sadistic extravagance.”

“It is an unpleasant picture.”

“Verdict: no place for a laugh.”

In many ways Witchfinder General is a film that could be seen to have its roots and onscreen finality in both the more “art” inclinations of its director and the “exploitation” aspects of the chap in charge of the money Tony Tenser (although over time critical appreciation has tended to tip more towards the “art” side of things) but without both sides of this coin would it have existed or have been as much of a resonant cultural artifact?

One of the chaps in charge of the money side of things on the film was Mr Tony Tenser, who had a background in, shall we say, the more lurid side of the film industry; more Soho backstreet than high Cannes I suppose but such soil and talent proved quite fecund for the growth of cult and since renowned works…

(Flipsides of the coin…it’s a curious world as well, where such Tony Tenser related tales/screenic escapades as That Kind Of Girl, London In The Raw and Primitive London which were considered once thoroughly disreputable have over the years been allowed a good old brush up and legitimising and are now sent forth via publicly funded bodies as much as via downbeat dream palaces… although such legitimisation throughout the more institutional side of culture/cultural academia seems to be somewhat the norm these days… it’s a curious thing to be wandering through a universities library and think “Oh, there’s the section on 1970s British sex comedies”.)

Anyway… as had been mentioned around these parts before, Jonny Trunk’s releasing/documenting of library music could be seen to be an appreciation/curation of accidental art; along which lines you could see the work of Mr Tenser as that of an accidental nurturer of art. Or at the very least cultural curiousities/celluloid works that reflect to some degree their times (Saturday Night Out say is an interesting capturing of the spirit and shennanigans of those earlier mentioned Soho backstreets back in the post Profumo, just pre-swinging London era)…

When you delve amongst such things, Mr Tenser and his “exploitation” sensibilities seems to be somewhat responsible one way or another for much of the aforementioned cannon of folk horror, being a chap in charge of the money for both Witchfinder General and Blood On Satan’s Claw… and also the interconnected exploitational with flashes of something of else amongst its layers Curse Of The Crimson Altar (see Day #184/365). 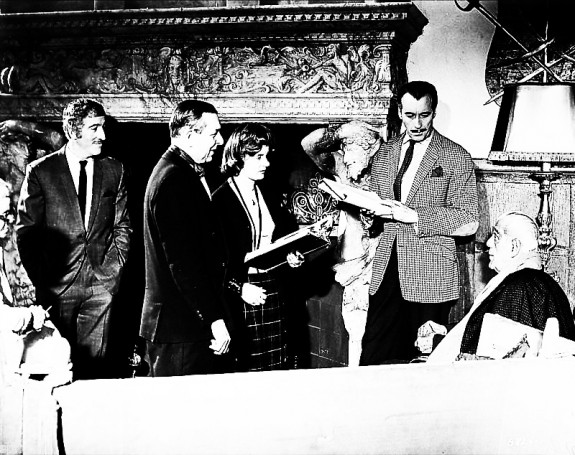 I think, although I’m not sure, that I came across Vincent Price and the Horror of the English Blood Beast via Folk Horror Review here.

The play was written by Matthew Broughton.

A wander through a green and not always pleasant land via the just mentioned Folk Horror Review at Day #37/365.