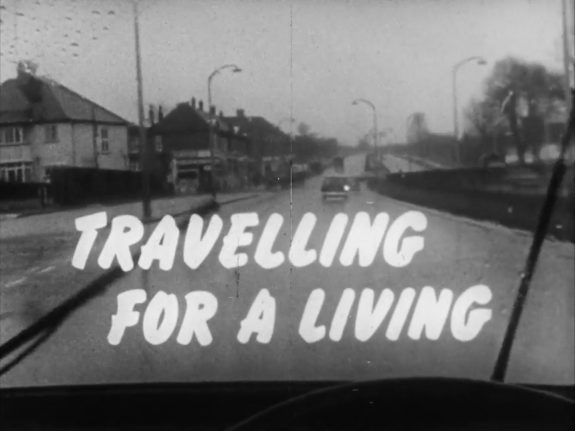 Back in the first year of A Year In The Country I wrote about Travelling For A Living, Derrick Knight’s 1966 documentary about folk singers The Watersons.

At the time it was quite a hard film to track down – it had been available on video tape once upon a time, it could be found in an out of print boxset and I think it was available at the BFI’s Mediatheques (there were a handful of these around the UK in cinemas, libraries etc, which had a number of screens and headphones where you could watch archived films, television etc).

Anyways, with the advent of the online BFIPlayer in more recent times, you can now watch Travelling For A Living relatively easily online, so I thought I would revisit it. 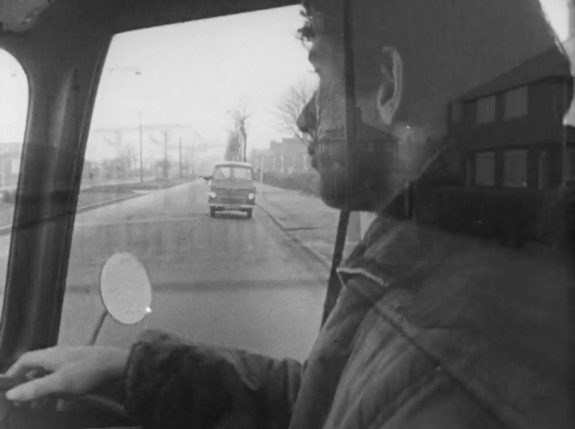 The film follows The Watersons throughout their life on the road, playing at folk clubs, recording in studios, at home in Hull as friends and other performers visit (including a fleeting rare glance of folk singer Anne Briggs).

Although it was released in 1966, it seems to belong to an earlier much more kitchen sink, almost post-war period.

Often representations of British life and social history from that time focus on a swirling, colourful, pop-mod-about-to-be-psych Swinging London metropolitan view of things.

Travelling For A Living presents a more gritty Northern contrast to that (although no less vital), an almost alternative history view of culture at that time which seems to have been semi-written out of popular cultural history. 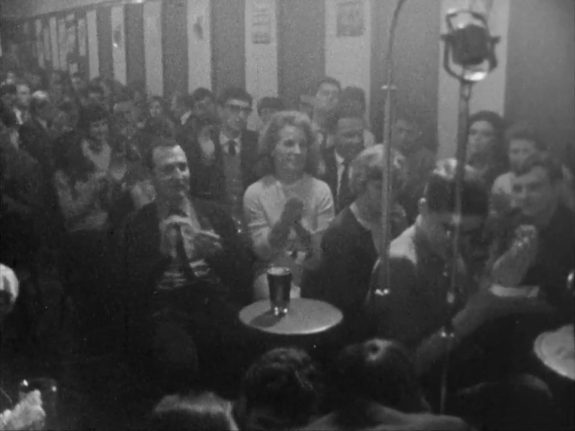 However, quite possibly, the locations and music shown in Travelling For A Living was nearer to the day-to-day life of more of the nation than that of Swinging London; more backroom of a local pub than Kings Road high life, club and boutique orientated.

“I think one of the reasons I’m drawn to the film is that it provides a glimpse or two of a culture which, though it existed in what is now looked back upon as a time of swinging Britannia and heading towards the psychedelia of the late 1960s summer of love, appears to be very separate from the more often considered views and aesthetics of the time.

This is a much more grassroots, kitchen sink, gritty culture/counter-culture and to my eye makes me think more of the 1950s than the 1960s; all monochrome steaming breath and black wearing beat style.

In a way it reminds me of images of the 1980s Medway garage punk scene, such as those taken by Eugene Doyen; it shares that sense of a culture that is occurring separate to the mainstream stories and histories of the time and shares a similar kitchen sink, no frills and fripperies aesthetic.”

(From the first year post on Travelling For A Living.) 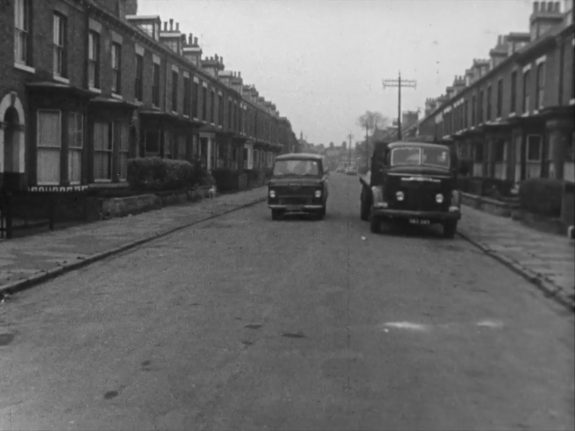 Folk music is often associated with rural areas and tradition but in Travelling For A Living it is generally shown in amongst a much more Northern town setting – the film featuring extensive evocative terraced house street views and is connected to the harsh realities of the local fishing industry from which some of the traditional songs The Watersons sing originated. 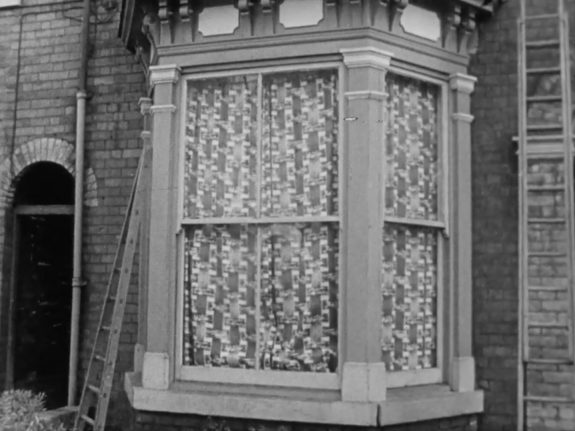 At one point their musical producer talks about how all the other music that they’ve heard – Ella Fitzgerald, more contemporary work by the likes of The Rolling Stones, music hall, jazz etc – edges into their music. 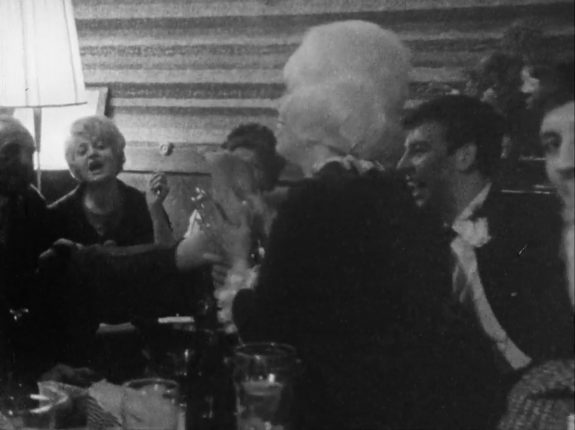 (I could add pub singing to that as their take on folk singing seems in part to have developed from and could be connected to the oral, communal tradition of pub singing, which developed in the local area after the war and the demolishing of the music hall, with the associated music moving into pubs: at one point Norma Waterson say of pub singing “This is our tradition, it’s what we were brought up on.“)

Him saying that got me wandering as to how much The Watersons were replicating the past and how much they were creating their own take on traditional music.

“This music doesn’t exist today as a living form but only in odd corners of memory; selected, hidden in the early recordings, notes and jottings treasured in the collections of Cecil Sharpe House. From these still warm ashes The Waterstones created music which is then seen to be very much alive.” (From the narration to the film.)

There were relatively few recordings of traditional folk available at the time, it being more an oral tradition and often existing outside or before the widespread recording of music or only have been recorded in written form by the likes of folk music researchers and revivers such as Cecil Sharpe in the early 20th century.

(As a connected aside, in the film The Watersons are shown visiting and listening to the archives of Cecil Sharpe House.)

Therefore reference points and memories of this earlier music may well have been fragmentary in nature and not have leant themselves to exact replication; possibly meaning that music created by The Watersons back then was in part an almost hauntological, hazy remembering of folk music – one that is both a homage to earlier traditional folk and which has also to a degree over the years come to represent what traditional folk music sounds like. 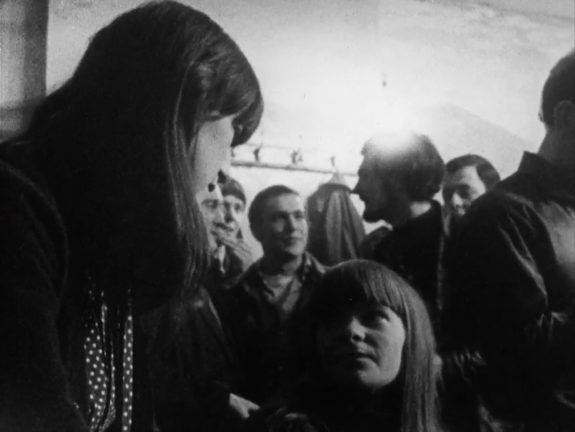 Local Broadcasts:
Day #11/365: Lal Waterson – Teach Me To Be A Summers Morning
Day #242/365: The return of old souls; fleeting glances of Anne Briggs
Day #243/365: Travelling For A Living; tea served in the interval at nine o’clock and a return to populous stories and wald tales