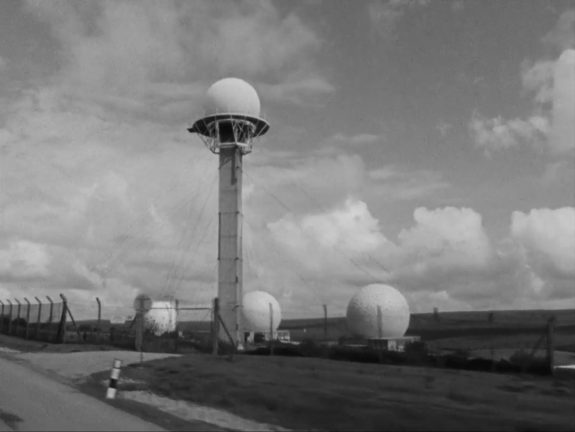 For a while now I’ve been exploring the BFIPlayer’s collection of films, a collection which includes local amateur recordings of British life, left-of-centre independent film, shorts, experimental work etc…

The Unsleeping Eye made in 1985 is a fascinating time capsule and snapshot of part of Cold War infrastructure.

It is a documentary about the Flyingdales ballistic missile early warning station on the Yorkshire Moors which featured the iconic golfball-esque radar system (styled after Buckminster Fuller’s geodesic dome designs).

Now, in modern day terms this installation cost over twelve billion pounds to build, which would imply that the powers that be took the threat of attack seriously…

…but then that is contrasted in the documentary with a dramatised scene where a local real life volunteer, one of a network of over 10,000, hears of an impending attack via a warning system transmitted to a small speaker device. 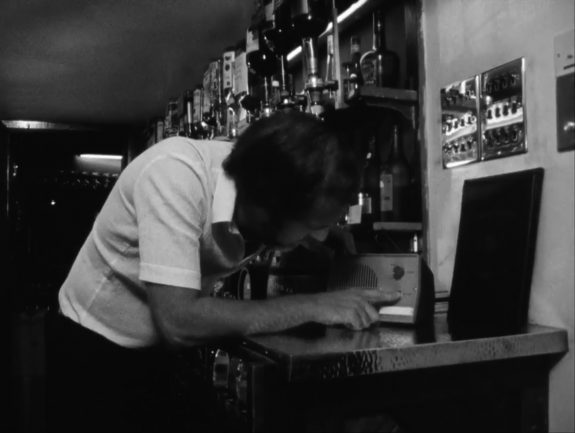 The gent in question is a pub landlord and the speaker device is shown as being sat on the corner of a shelf in a pub, just below the spirits optics; he rushes outside with a hand cranked air raid siren to alert the local population.

I kind of shake my head. It’s sort of comic but more tragic I guess:

“What was that John, two pints and… oh, sorry, I’ve just had a message that the end of civilisation is about to happen. You wanted peanuts as well? I’ll get them in a mo’, just got to take the siren outside. Last orders please.” 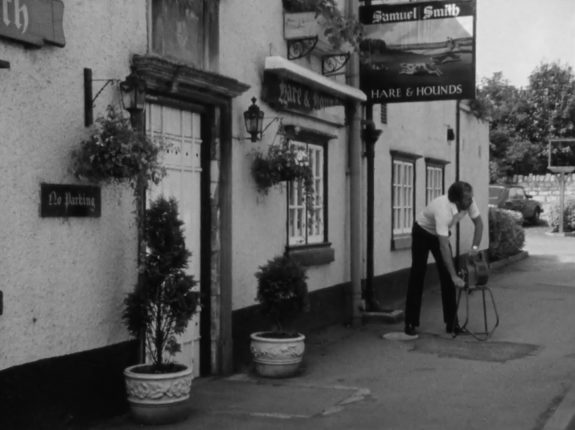 I think this sense of tragedy (absurdity?) is heightened as the program opens with a view of a mechanical siren overlooking what looks like a rural town and the pub that the hand cranked siren is set up outside is a classic British country pub called Hare & Hounds – all whitewashed walls and hanging flower baskets, while the base itself is shown set amongst the rural beauty of the rolling Yorkshire moors. 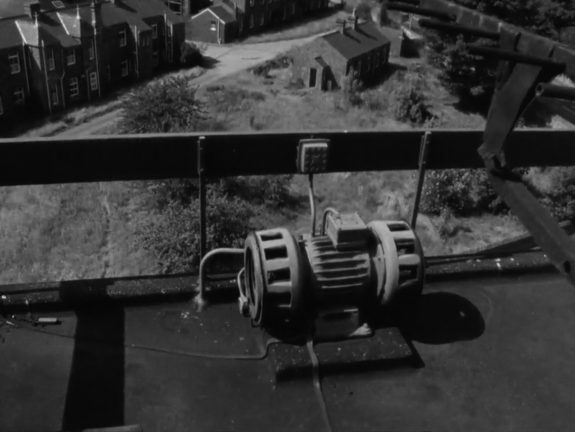 Although largely focusing on those involved directly in working for Flyingdales, the peace camp outside the base is shown and some of its members are briefly interviewed, as is a local farmer who is patriotically proud of the base and its purpose, saying in a somewhat flowery/poetic manner:

“They are our eyes – the eyes that Bruce Kent and his delilahs would like to put out.”

(Bruce Kent is an activist who was well known for his work in the 1980s for CND and during some of that period was its general secretary and chair.)

At various points the equipment inside the multi-billion pound complex is shown, which is all computers the size of a room that could now probably fit inside the average smart phone, Quatermass-esque dials and equipment, curiously 1960s Batman television series Batcave-like signs on top of equipment and an aquarium (a curious addition which I assume was added to the base to help induce sense of calm in amongst all this quite heavy/serious scanning and surveying).

And although this is 1985, when a warning simulation is shown inside the complex it seems to recall the 1950s as it is all clanging bells and ticker tape like noises, while towards the end the program there is a montage of missile launches and the tones becomes more than a touch sensationalist in a way, as they shown in all their imposing presence to a pounding Hollywood-esque soundtrack. 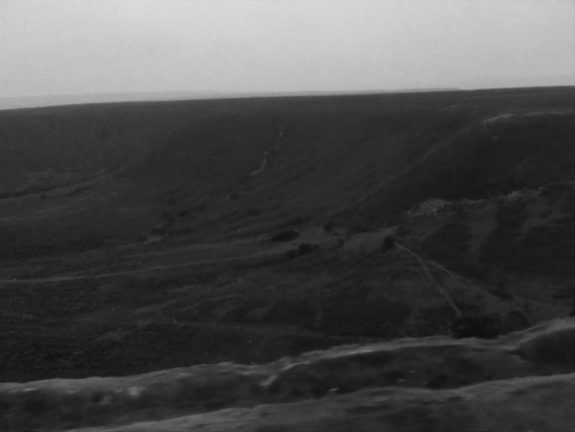 Other contemporaneous tales of the flipside of the Yorkshire moors:
Week #37/52: Edge Of Darkness, stepping into the vortex, reshuffling and sweeping the board…