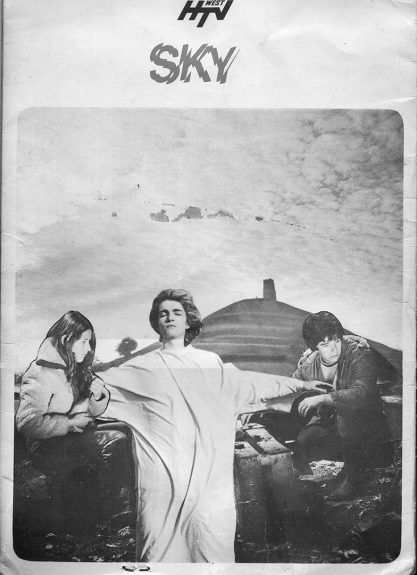 Well, sometimes you come across something which needs little explanation as to why you should want to put it out into the world…

While writing the post on The Changes, bad wires and the ghosts of transmissions I came across an archive of promotional material and screen captures etc for the 1975 HTV British childrens science fiction television series Sky, which my caught my eye… more than a touch of David Chatton-Barker’s work around Folklore Tapes to some of these cutout collages.

Sky is another of those “hmmm, what was in the water at TV commissioning meetings in the seventies to think that these were quite normal programs for childrens television” series, which over time has grown layers of exoticisim… and of all such programs it also perfectly captures a sense of 1970s grime and the anti-style of a country gone to seed via it’s parkers, flares and fake fur zip-up coat fashion.

It is a sort of rurally set The Man Who Fell To Earth (with a curiously cockney alien) with ecological overtones, the promotional information describes the series thus:

“Out of the sky falls a youth, not of this place or time, “part-angel, part-waif”, a youth with powers he can neither control or understand… nature itself rejects him and takes on the cadaverous body of Goodchild in sinister personification of the forces of opposition… He speaks of time travellers “Gods you call them” who had tried again and again to help the people of Earth… Sky must find the mysterious juganet, the cross-over point in time, that is the key to his return to his own dimension.”

In a curiously forward thinking manner, just to make sure that the program would come to be connected to all things Otherly Albion and hauntological, to quote one of the press releases, it was in part filmed on “such legend-rich locations as Glastonbury Tor, Avebury and Stonehenge”.

Anyway, I shall let the images speak for themselves: 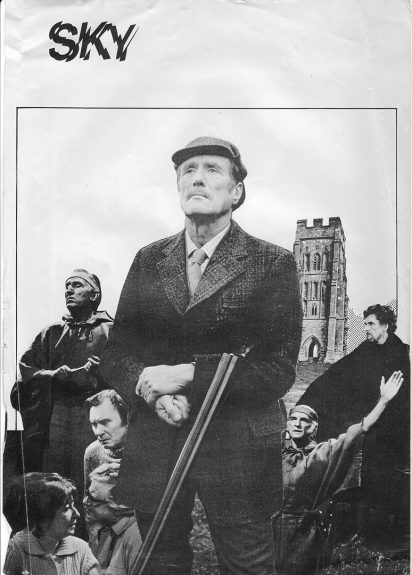 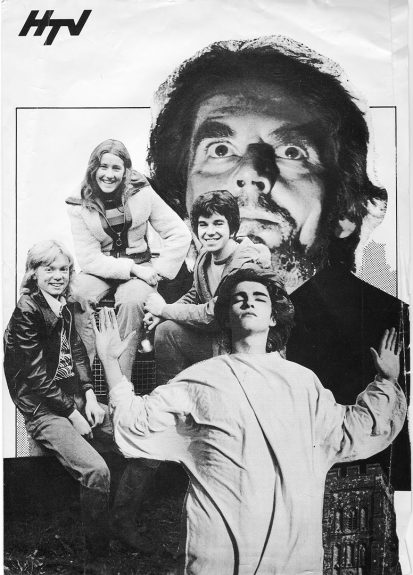 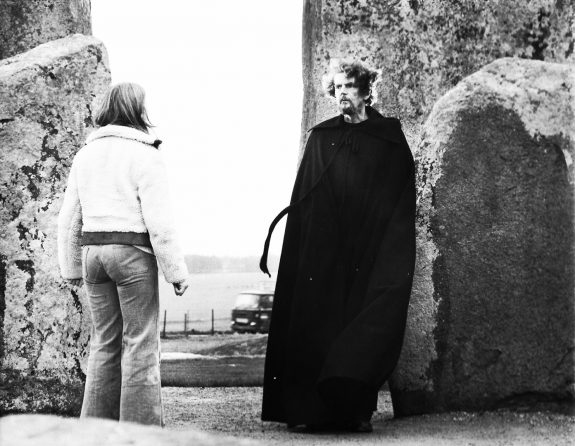 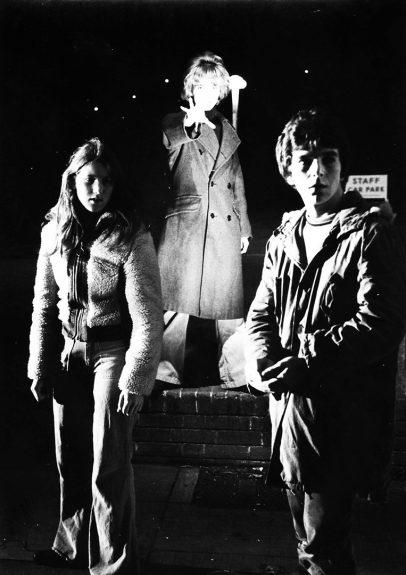