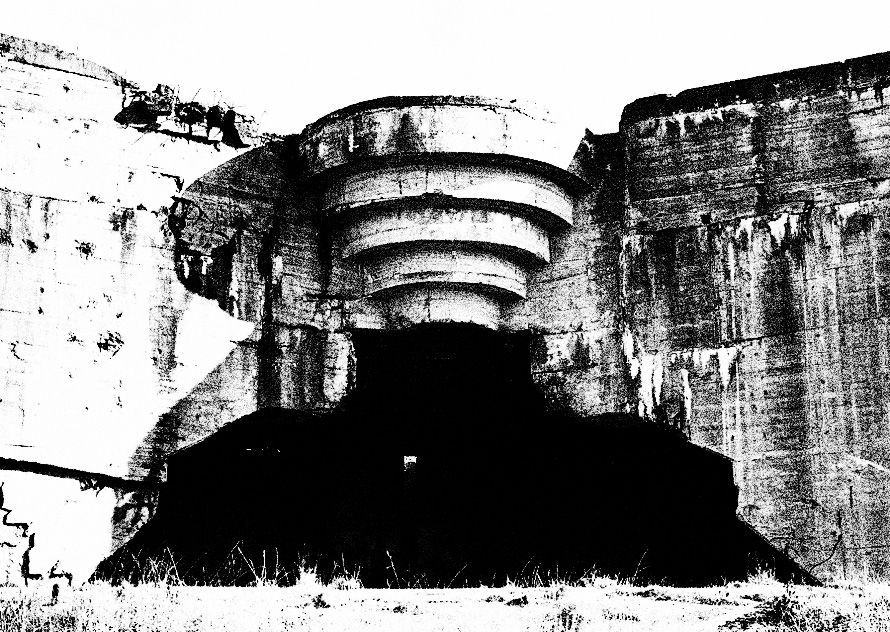 I relatively recently came across Paul Virilio’s Bunker Archaeology work/book, which collects his photography and writing on the abandoned German bunkers and related installations that lie along the coast of France.

These could well be filed as a form of brutalist architecture, they share more than a few similarities in terms of the materials used and their aesthetics – although if this is a form modernism it is the one you don’t want to come around for tea, thankyou very much.

Strangely though, considering their once aggressive/defensive intentions, there seems to be a beauty or even poetry to these structures – some kind of unifying flow or even philosophy behind them. 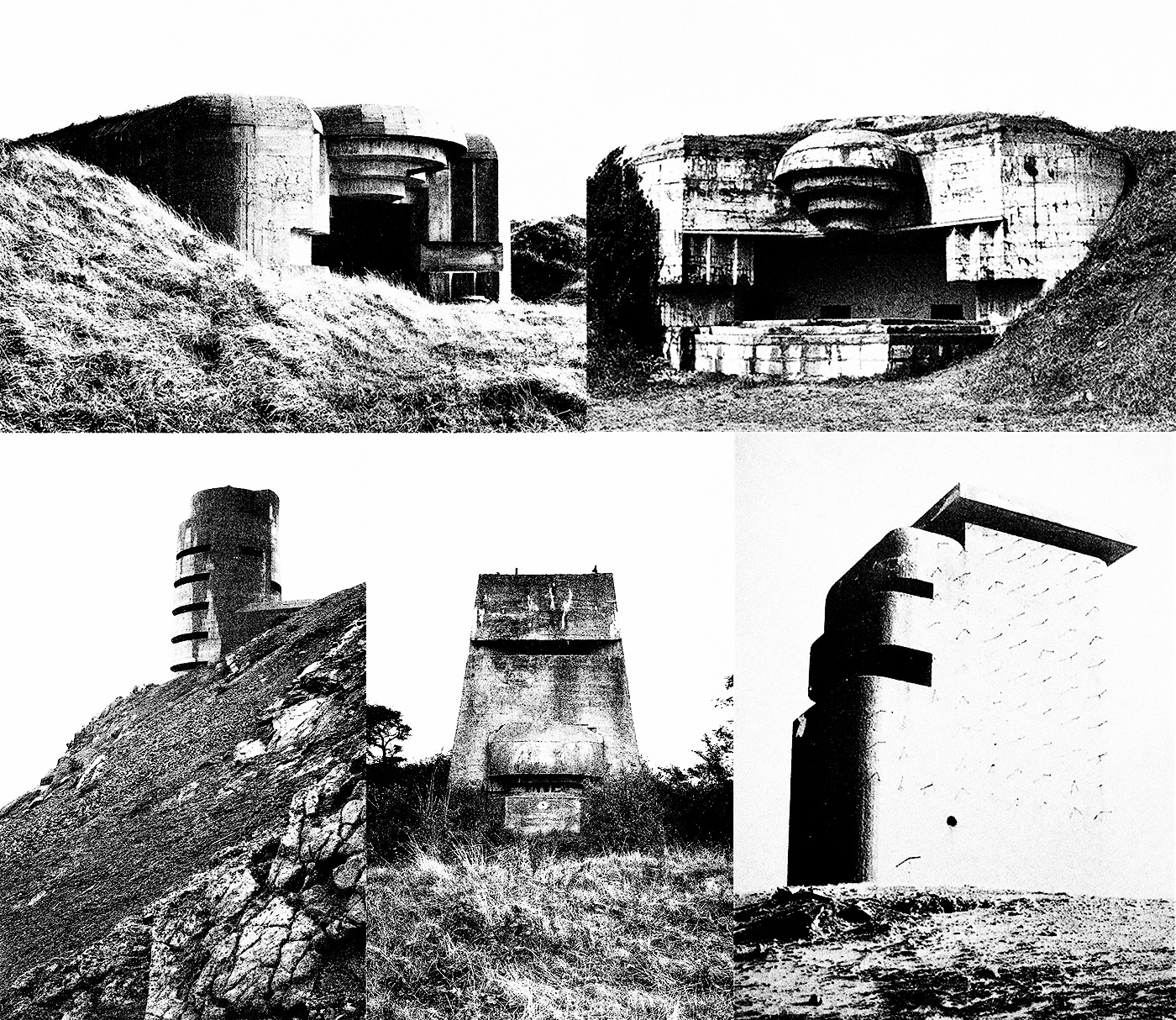 (Which I suppose, unfortunately, in a way there was – although I was more referring to a cultural/artistic aspect than their political underpinning. However I suppose such things were more than a little intertwined.)

Now, I am wary of making light of such things, considering their history but they seem to almost be a form of accidental utilitarian art, something they share with say the likes of similarly appreciated pragmatic constructions such as telegraph poles, pylons, Soviet era bus stops or even library music…

Although they were created with a very practical intent, looking at them now they seem nearer to monuments or tributes and remind me of the Cold War era Spomenik memorials that Jan Kempenaers photographed.

With both sets of structures, whatever their original intents, viewing them today they could be artifacts from an almost science fiction-esque future that never was, a form of hauntology possibly. 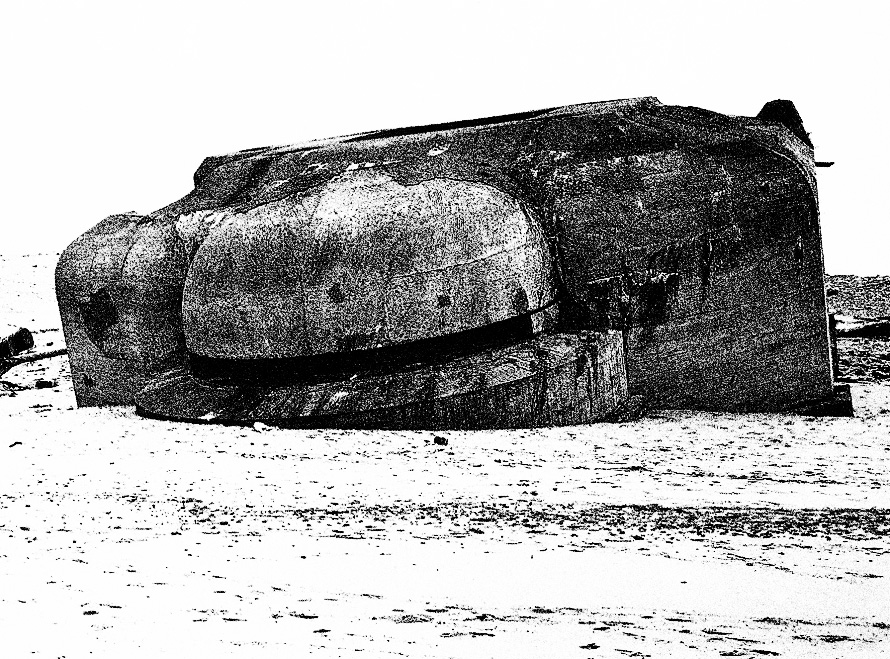 That science fiction-esque quality seems particularly present in some of the structures that have been partly covered by/sunk into the sand – there is something about them that makes me think of sentient or anthropomorphic crashed spaceships, alongside their actuality as bunkers and defensive outposts.

(The original Planet Of The Apes film comes to mind with its mingling of crashed future/past visitors and part buried monuments to mans’ folly.) 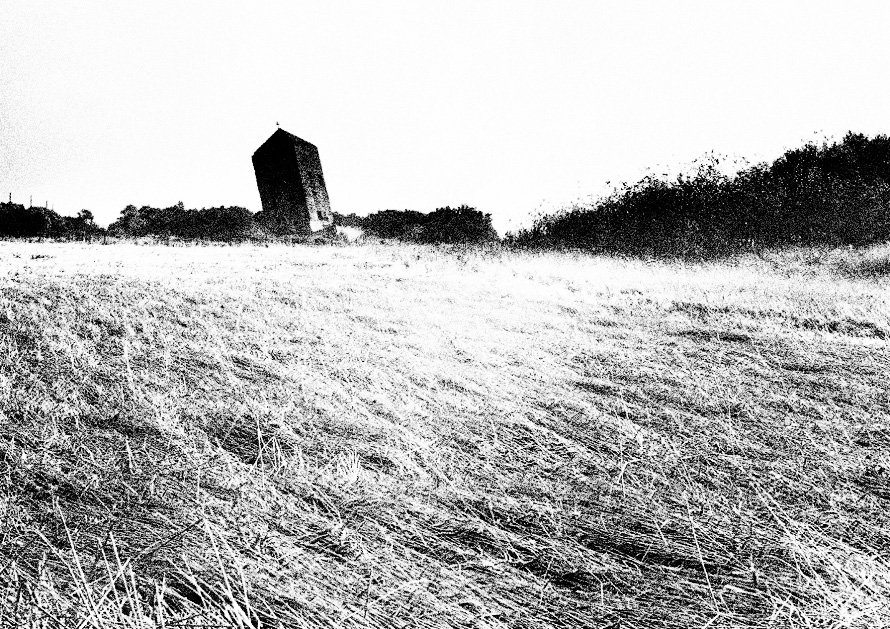 As a final point, the photograph I find the most chilling is the one that shows an observation tower which was disguised as a church.

As mentioned recently around these parts, John Coulthart described The Cold War Bunker as “…a source of contemporary horror that doesn’t require any supernatural component to chill the blood.”

In an interconnected, antecedent manner, this particular structure does that and has a sense of belonging to almost folk-horror-like tropes and imagery.

The reissue of the book can be found here and here.

A few intertwined pathways around these parts: