Continuing in some kind of line/progression from previous thoughts on genuine land art, utilitarian accidental folk-art and pragmatic ornamentation (see here and here)…

A fair while ago (I think) I read the phrase God’s calligraphy in relation to the patterns that trees write and create.

(I don’t tend to think of it in an overtly spiritual related manner – more as an expression of beauty, delight, variations and non-directed by our good selves craft.)

I say I think as in my memory it was connected to the writing on/in a photography book where the same area of the landscape was visited repeatedly and the resulting light-catching of said calligraphy was used to create the book.

Although the memory is somewhat hazy and I nolonger know or can find the book or quote in question, it is a phrase that has often returned to me.

This may well be in part because in my own / A Year In The Country related work and light-catching trees and those just mentioned patterns are a constant companion.

If you were engaged in such things in urban locations then bricks, mortar, cement and buildings would quite possibly often be a recurring theme and/or backdrop. 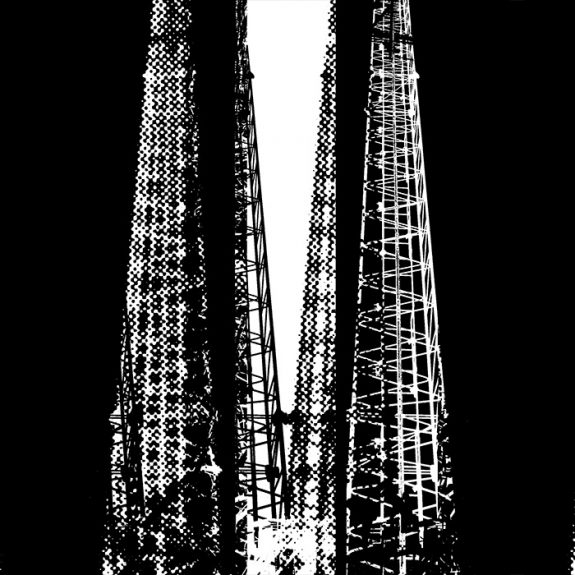 However, trees and their patterns don’t feel like a backdrop – they are more an intrinsic part of the experience of life out nearer the wald and I find a constant fascination and inspiration with these patterns, their changes with the cycle of the year, their endless non-repetition and unique character.

Which brings me to the sentinels / senders from which the Airwaves Audiological Transmissions begin and from whose songs such weaving and threading takes place and the earlier mentioned considerations of them as “genuine land art, utilitarian accidental folk-art and pragmatic ornamentation“.

Although by their nature trees are not accidental folk-art – they are not created by ourselves – if you should stop and step back with an eye attuned to attuned to a particular kind of appreciation then along with broadcast towers trees share that sense of pragmatic ornamentation – they are a very basic, fundamental, necessary part of life but they also create and mark their own art throughout the land.