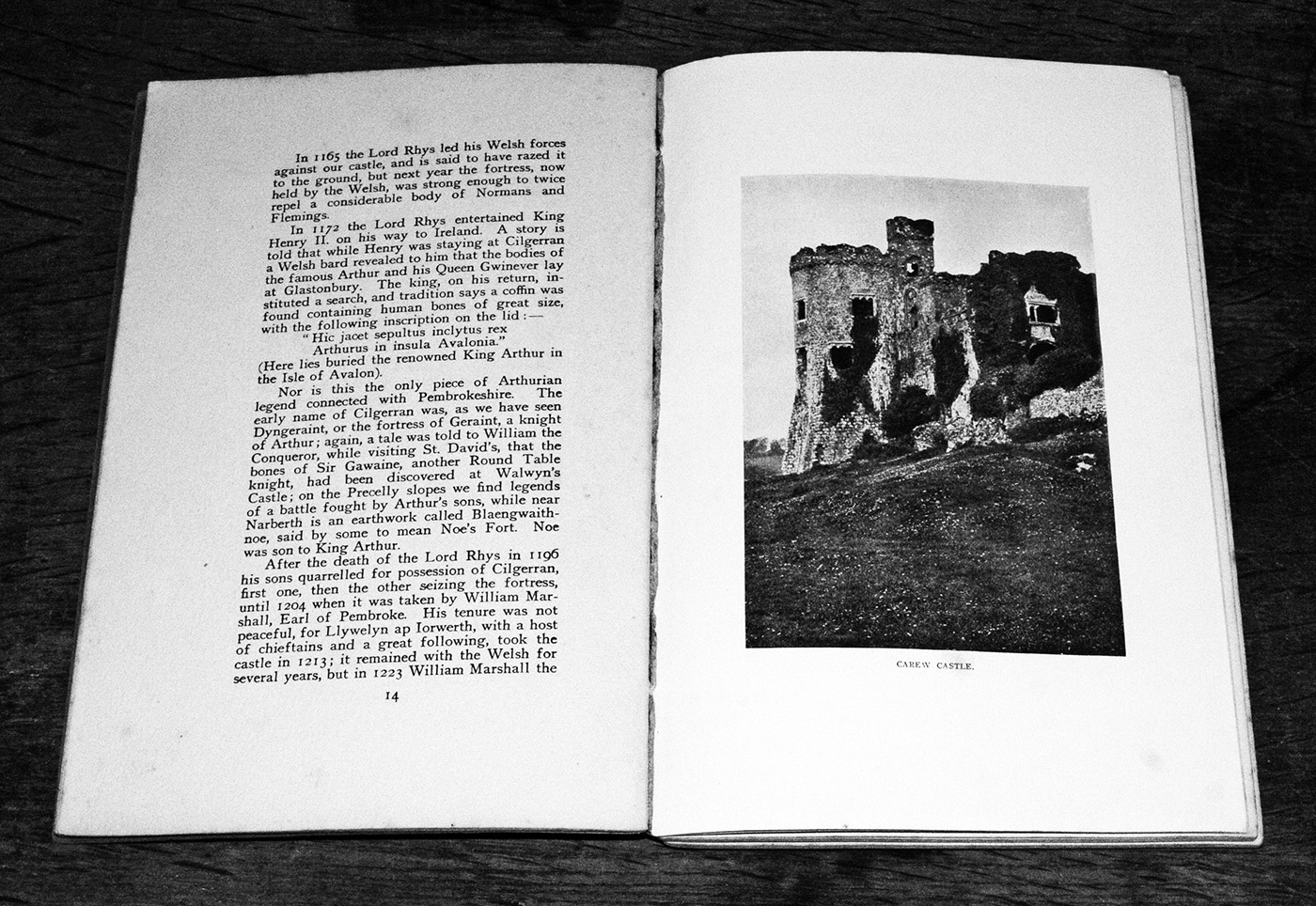 Well, in a further wanderings and searching for a particular atmosphere manner…

Castles and Strongholds of Pembrokeshire by Emily Hewlett Edwards.

I suppose in a way this book, with its photographs and studying of crumbling defence installations reclaimed by nature, could be seen as a forerunner of Paul Virillio’s Bunker Archaeology…

In fact, it could be seen as part of lineage of such things, wherein such buildings and structures seem to have gathered some kind of quiet grace, surrender, maybe even a touch of stalwart melancholia here and there over the years. 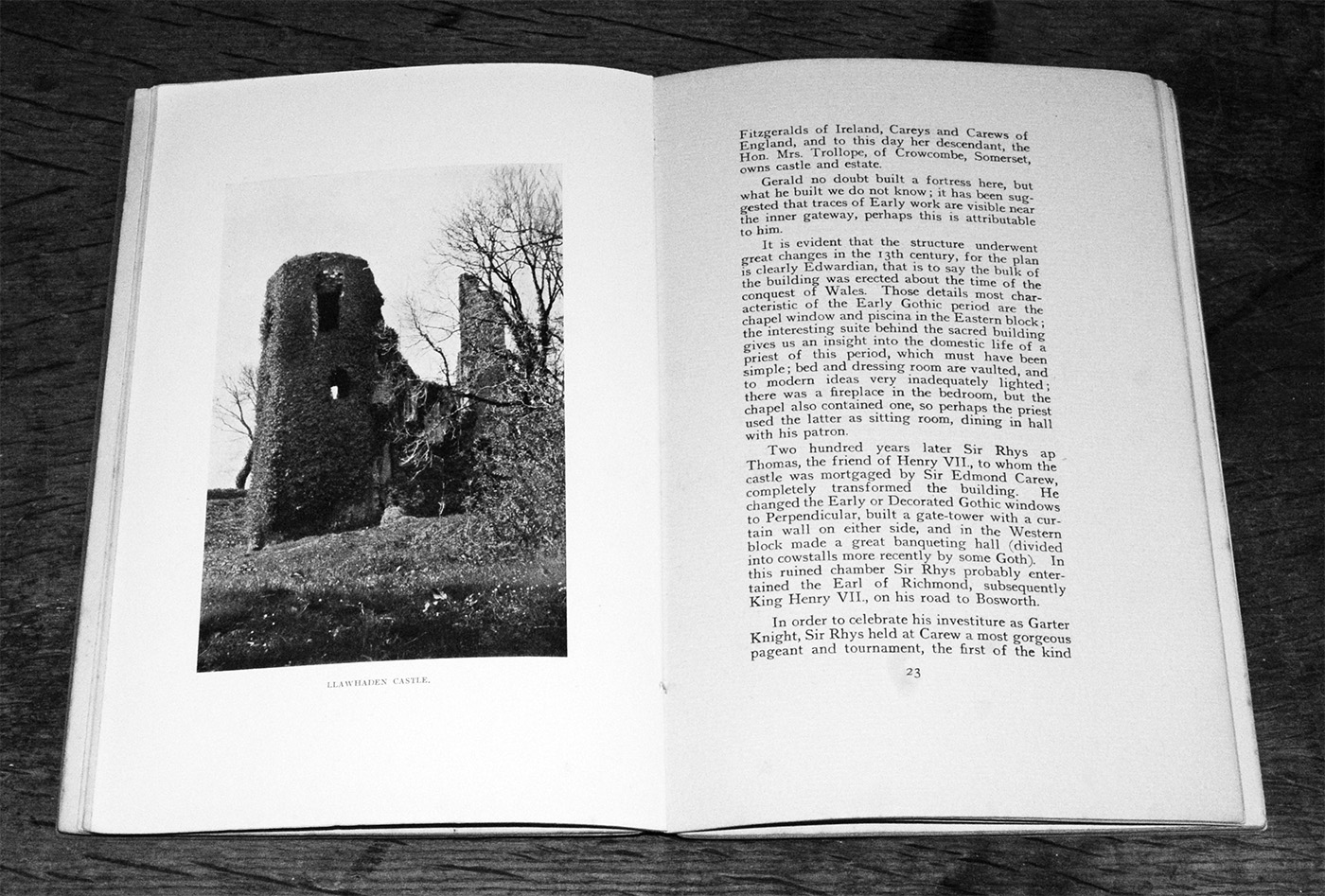 It feels like a privately published labour of love – there doesn’t seem to be any publisher listed and the textured, laid paper and cover implies a possibly more non-standard publishing route. 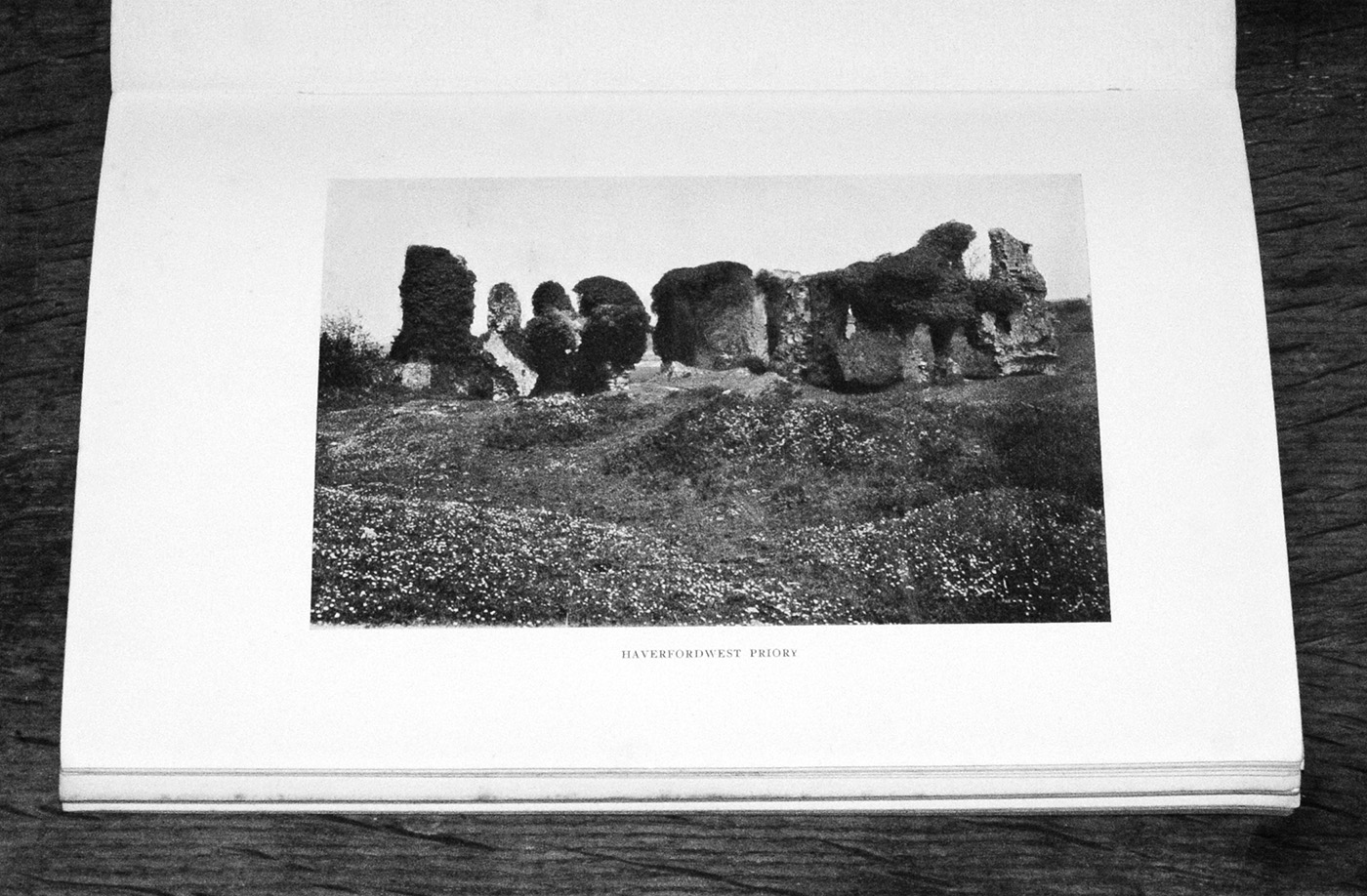 Intertwined wanderings around these parts:
Day #228/365: Studys and documentation of the fading shadows from defences of the realm…

Wanderings #11/52a: Ancient Lands And A Very Particular Atmosphere From Back When

Elsewhere in the ether:
Peruse the book here.