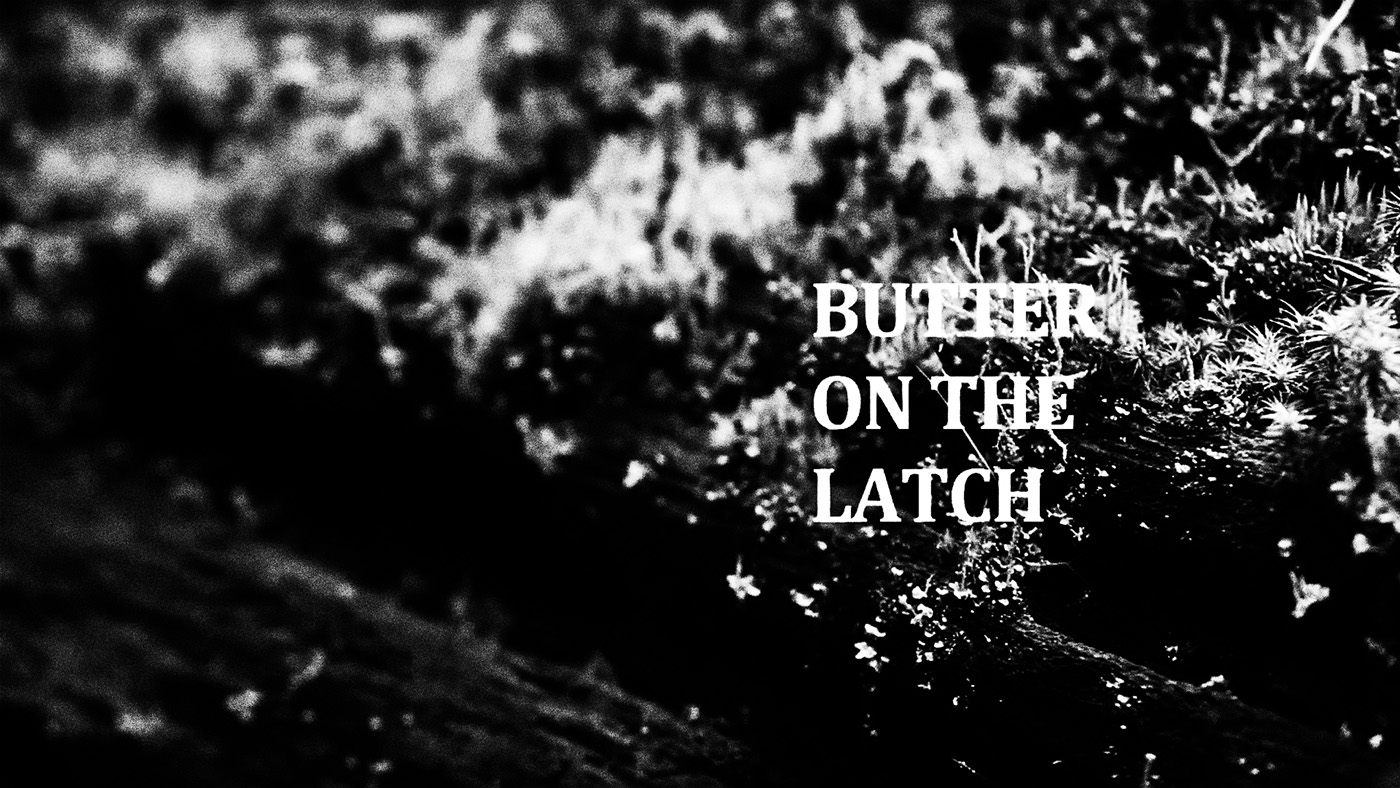 Now, I’m not quite sure where I know of Butter On The Latch from but I know that I saw it written about in the venerable BFI’s Sight & Sound magazine, under the headline “Dark Pastoral” and with the above photograph with “Lovely, dark and deep” written below it.

Along with that, I had read this synopsis of the film at a certain well known ether commerce site:

“At a Balkan folk song and dance camp in the woods of Mendocino, California, Sarah reunites with her old friend Isolde and with a song she learned years before about dragons who entwine themselves in women’s hair and carry them off through the forest, burning it as they go.”

Interest piqued, as they say.

…but anyway, one day I took that plunge and… 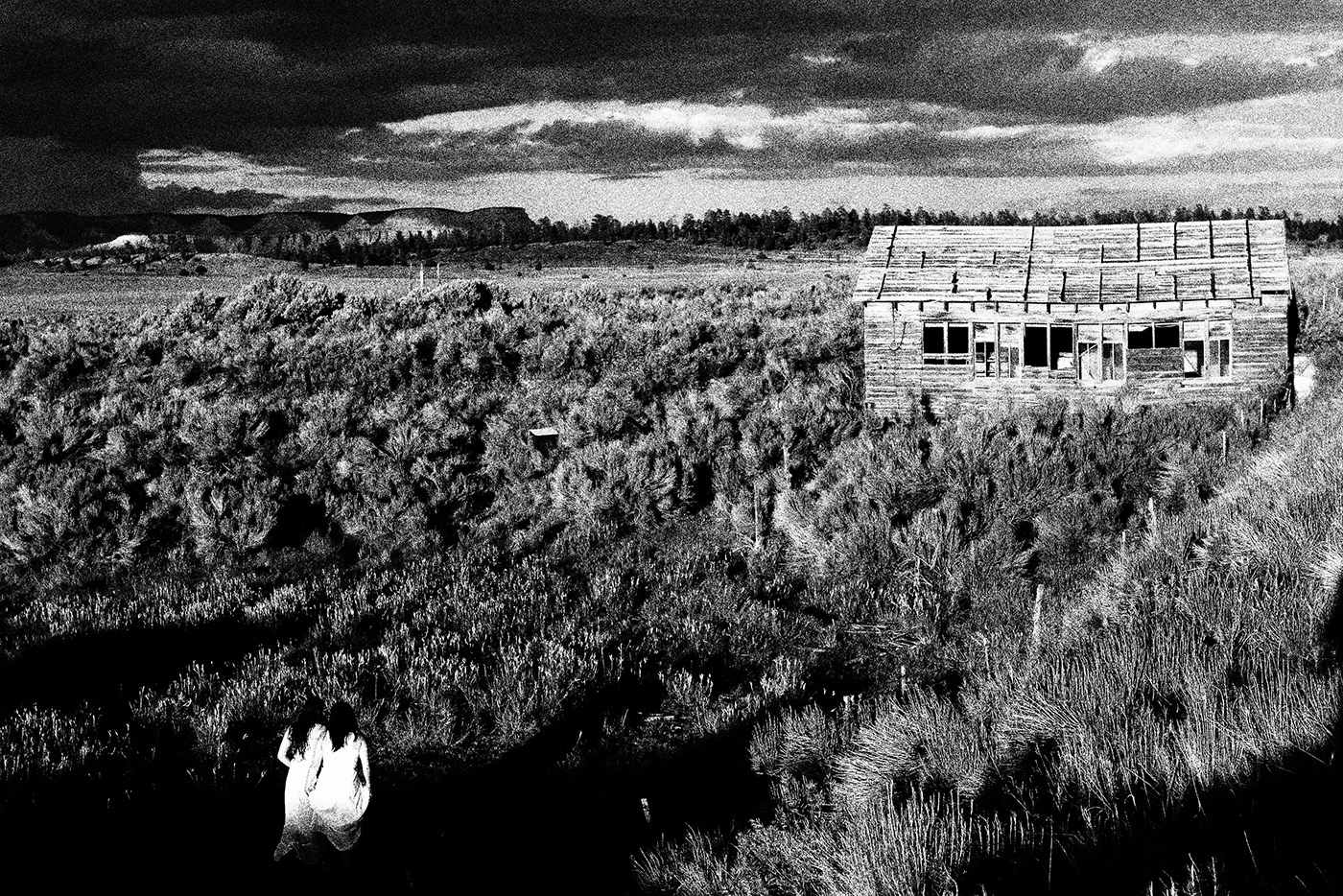 Well, let’s put it this way, I expect that anybody buying/borrowing this from the ether and expecting mainstream fare in any sense may be more than a little disappointed.

If pushed (really quite hard), it could be called a slasher in the woods but without the slashing – and all the more disturbing for it (a note on such could well be sent back in time to the likes of Symptoms, Queens Of Evil and Suspira / much of what has come to be known as giallo cinema).

Through many hours of watching, your mind can become programmed to expect cinema to travel down certain routes, particular actions to follow particular setups.

While Butter On The Latch interacts with cinematic tropes and conventions, it beats its own fragmentary path through the forest of them; the film is imbued deeply with a sense of dread and dysfunction and following those just mentioned conventions I found myself waiting for something terrible to happen in a conventional thriller / slasher manner but…

Although the film may follow some of those expected cinematic routes, it is not presented in a manner that could be closely associated with standard cinematic expectations.

As a moment or two of calm amongst that dread, at points the film may just stop, pause and focus on close ups of woodland foliage. There is an entrancing beauty captured there that you want to stay ensconsed amongst but that is not how things are to be…

In a way I suppose it could be called folk horror and if you take folk to mean as being from the wild woods then that might well suit. These are woods that seem both tamed and untamed, connected to civilisation and yet those within it seem to have also crumbled away from it. 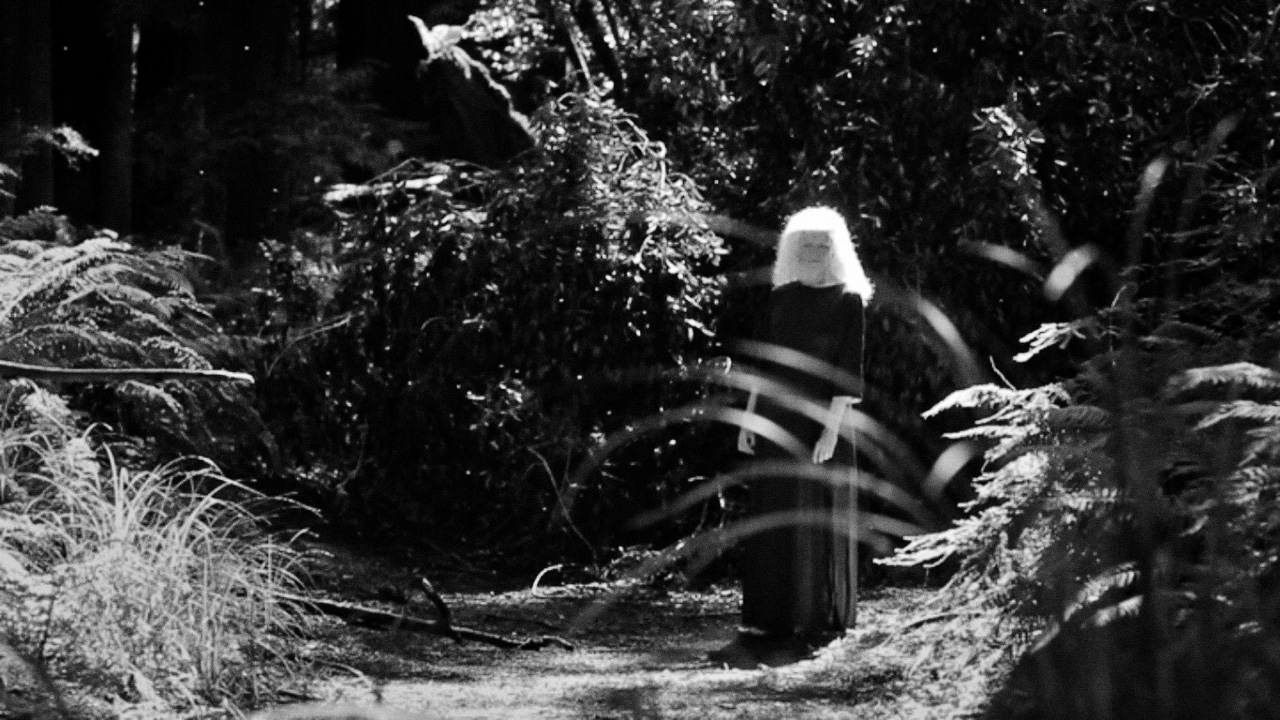 In terms of aesthetics, the phrase cinéma vérité comes to mind, in the sense of it being made without frills or technically advanced artifice and although it is a fictional film, it is set in an actual folk life center, with what seem like non-actor participants / performers (which made me wander what the “civilian” cast members thought of the film when they saw it).

(As a cultural intertwining aside, the music that accompanies the film / that is played in the camp is to my – untutored – ear, in part not that far removed from the stately, elegaic, otherly album of Bulgarian folk songs Le Mystère des Voix Bulgares which 4AD released in the 1980s… while the film also made me think here and there of the lower-fi David Lynch aesthetics of Inland Empire – Hollywood but at a far, dark, remove.)

The hand-held documentary feel is complimented or should that be fractured by surreal flashes of staring faces in the woods and other intriguing, hypnotic, yet terribly unsettling images and sounds, often with a more overtly folk-horror / horror aspect; such split second moments, even if you pause or try to watch the film frame by frame are hard to quite fathom, explain or take in.

“Decker creates a weave of woozy camera movements and abrupt cuts that at once trouble and open up the viewer’s perception.” 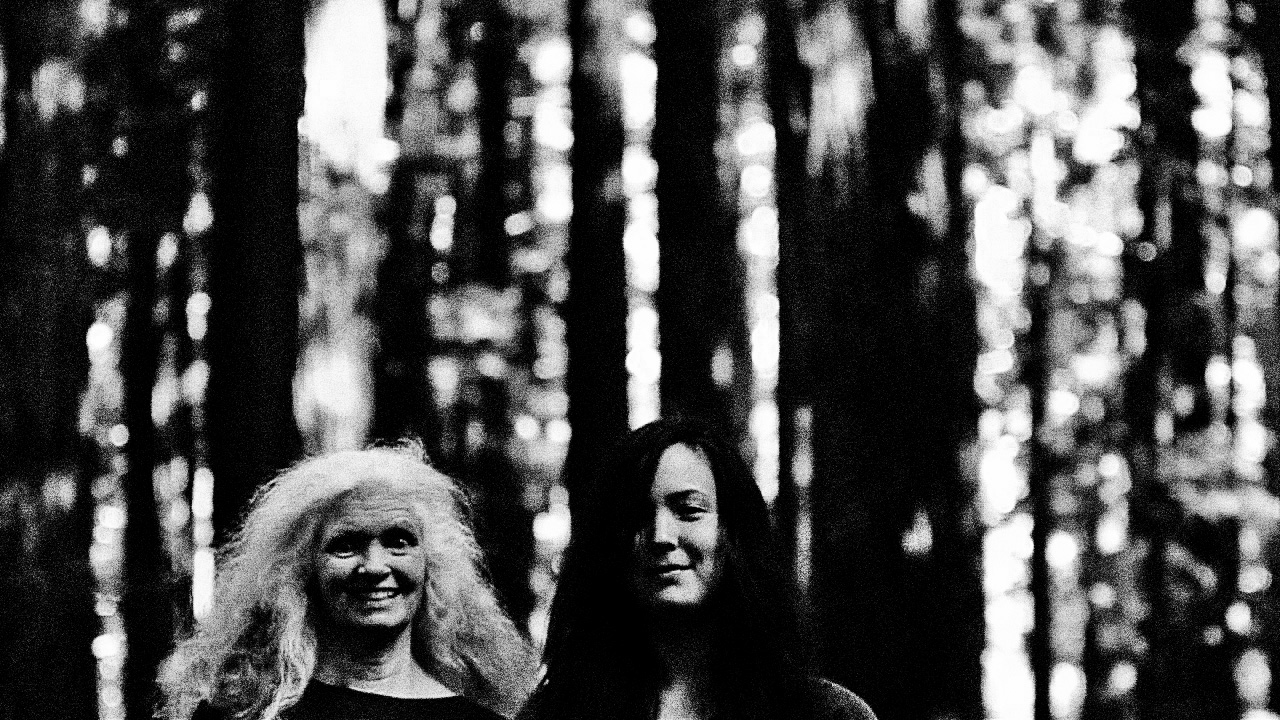 Often today films are lauded as / for being independent cinema but essentially they are still quite conventional with maybe just a few quirks or less corporate funding (which is not meant as a criticism, more merely an observation).

However Butter On The Latch is a very different piece of work; this is genuinely experimental and exploratory cinema, an art piece but still definitely a cinematic film rather than being created for the gallery, (I assume) low budget without being a b/c/z-movie. Gritty without being social realist…

(As a further cultural intertwining aside, in an exploratory, not travelling down expected paths, opening up of expectations and perceptions and yet being presented within some kind of populist framework / broadcast / dissemination, it made me think of memories of late night showings of the experimental video program Ghosts In The Machine on British television back in the day.)

Anyways. Butter On The Latch. Brrr. Even just writing about it I feel like a a good comforting cup of tea and a walk (at the side but not in) the woods to calm the nerves might be appropriate.

View the trailer here. Visit it at Josephine Decker’s home in the ether here.