Travelling For A Living.

This is a mid 1960s documentary by Derrick Knight on The Watersons. It was originally sent out into the nations living rooms via a venerable public broadcasting body but now it rarely seems to have an outing or outlet; it was available on the pre-digital ferrous reels of video cassettes and quietly nestles away in an out of print boxset. Not an all that easy cultural artefact to track down and peruse.

I think one of the reasons I’m drawn to the film is that it provides a glimpse or two of a culture which, though it existed in what is now looked back upon as a time of swinging Britannia and heading towards the psychedelia of the late 1960s summer of love, appears to be very separate from the more often considered views and aesthetics of the time.

This is a much more grassroots, kitchen sink, gritty culture/counter-culture and to my eye makes me think more of the 1950s than the 1960s; all monochrome steaming breath and black wearing beat style.

In a way it reminds me of images of the 1980s Medway garage punk scene, such as those taken by Eugene Doyen; it shares that sense of a culture that is occurring separate to the mainstream stories and histories of the time and shares a similar kitchen sink, no frills and fripperies aesthetic.

Or possibly even a touch of minimal beat-ness of The Velvet Underground, though without the more arch self-consciousness. The two groups were separated by a somewhat large body of water and different musical aesthetics but they could be considered counter-cultural historical contemporaries, although one has come to exemplify a particular kind of “cool” or “hipness” somewhat more than the other. Along which lines… 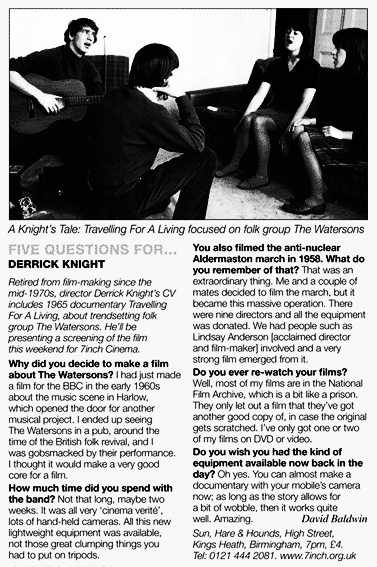 I find the film curious in part because I find it hard to connect the images on the screen with the music that comes from the speakers; on the screen are young, proto/post-beat hipsters in black turtle necks and with swishingly angular bobs – cool if you like.

The music is a particular strand of traditional folk that now seems at odds with the sometimes hip images and styles it accompanies in the film.

Over the years the music of this once underground/counter-culture has become tarred with the “uncool” brush. This documentary serves as an interesting insight into a time when that wasn’t the case.

Possibly this sense of hip-ness is in part a side effect of just being young and cutting a dash at a particular age.

Alongside which, as part mentioned but a moment ago, the accepted stories/history of coolness of the time tends to be predicated towards pop culture rather than folk culture or populous stories vs wald tales. So the once counter-cultural stories of say The Velvet Underground have been allowed and even welcomed into the tomes of canonised cool. Their then folk singing contemporaries have been anything but.

Which I suppose in part highlights one of the pathways of this particular A Year In The Country; exploring and discovering such sometimes more widely overlooked tales from/via the fields and pastures and taking a sometimes step aside from more well paved cultural municipalities.

Not necessarily in an either/or, good/bad, zero/one manner. More just casting a gaze and curiousity elsewhere.

As an (almost) final aside: the tale in the film of setting up a club without ever having been to one and serving a cup of cha at the nine o’clock interval. Fine stuff. 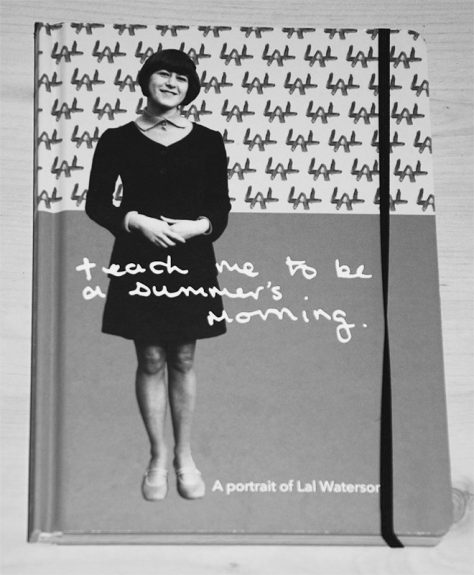 A few fleeting glances and edits from the back of the van, an appreciation of a good cup o’cha and down in the basements.

Days #40/365 and #190/365: From the wild woods to broadcasts from the pylons; previous considerations of pop(ulous) and wald/volk/folk culture.