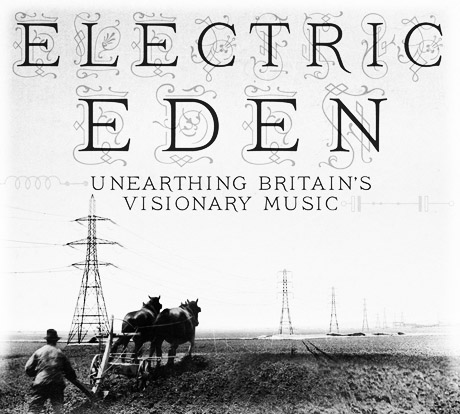 I seem to be mentioning Rob Young’s Electric Eden book a fair old bit in A Year In The Country… I knew it had seeped into my consciousness but as I work through this year I’m realising just how much some of his concepts have taken root, informed and sent me off on new exploratory pathways.

Anyway, while wandering down those pathways, particular ideas and discoveries have stayed with me…

Folk music: although I hadn’t overtly studied it as a concept, I think I had been mildly bemused by the phrase folk music – I tended to think of folk meaning from the people, ie all the folk of a land and I had wandered how music that seemed to have often (today at least) a relatively limited appeal could therefore be called folk music. How could it be of the people if it wasn’t all that popular? And it definitely wasn’t “pop” music.

Mr Young’s book helped settle this via his comments on the roots of the words/concepts of folk and pop: rather than referring to a sense of all the people of the land, folk music is the music of the ‘volk’, derived from the Germanic/teutonic wald, the wild wood whereas the word pop (ie popular music) comes from the Latin populous, which refers more to the larger populations of cities etc.

He talks of how pop culture derives from centrally controlled, regimented urban communities (Roman urban populi) which were entertained/appeased/distracted by mass spectacles; gladiatorial entertainment and comedic dramas; “pop is the culture of imperial socialization, of institutionalized religion, consensus, and commerce.”

Folk, however, is much older than pop. Coming from “the wild wood”, it is from a culture where peasants, vagrants and villagers bore song from the wood, the forest, the barbaric heath; a society which was sometimes savage, often ad hoc, pre-Christian and where rituals endured and perplexed their heirs.

As cultural forms/phrases therefore one comes from the city (and later I suppose the concrete), one from elsewhere, out in the fields and forests.

Along which lines regarding the roots of folk and how as a culture it has come to encompass a sense of an “other” or Wyrd Britain, here’s a paragraph from Tiny Mix Tapes review of the book: 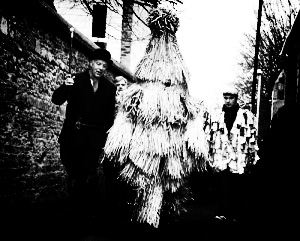 “For Young, the possibilities of folk are represented by the Wald, the wild woods of Northern Europe’s interior and their fairy tales. The Romans attempted to clear away these woods during their European campaigns, but they survive in the English place names ending “-wald,” “-wold,” or “-weald.” Other fragments and echoes tantalize: Why do English sword dancers lock their swords into mystical symbols such as the pentagram or the six-sided star? Why do denizens of Whittlesey march down the street behind a straw bear every January? Folk culture represents, for Young and many of the mystics, eccentrics, hippies, and socialists of his book, a store of secret knowledge, of hidden possibilities that the past offers up to the future. Folk attempts to restore what Young calls “an Other Britain,” but as Young convincingly proves in this book, this Other Britain never really existed, because every moment of the past was really itself a present, a simultaneous looking-back and looking-forward.”

In many ways it could be said that the story of folk music/culture/folklore is in part one of the differences/separateness of culture from the city vs the wald or the populi vs volk. Or more literally folk vs pop.

There are oodles of articles and writing about Electric Eden out in the world, here are three of the ones that I’ve referred to the most:

As an aside, the subtitle to this page could also have been “From the wald to The Wombles”. What would be the reason for that you may ask? Well, it refers to what happens when folk meets or tries to become pop… And what appears to happen in the 1970s is that you arrive at a point where you have a hit single by one of folks more popular purveyors, Steeleye Span, put together by the producer of that most pop of combos The Wombles. Which as an idea and culture clash (or should that be connection?) I quite like…

If you’re curious it’s their version of All Around My Hat… although I know by this point folk has probably wandered quite a way from it’s roots but I don’t really mind; the video to the song captures a certain point in time, nuances of British and my own history. Plus it just makes me smile and cheers me up, which is not a bad thing for music to do.

Also in the ether  is the episode of Jonny Mugwump’s Exotic Pylon radio show that Rob Young appeared on to talk about Electric Eden.

It’s a very enjoyable 1 hour, 38 minutes and 23 seconds, wherein he talks about his inspirations, how he wanted to try and work out how what has become known as folk music/culture all knotted together; from traditional and what is considered authentic folk music through to the latter day exoticism of contemporary folklore influenced work such as The Wickerman (to my mind and it seems to his also, all such strands could be seen as authentic; all work has to spring from somewhere and it’s the intention/effect rather age and historical traceability that implies whether it’s the “real” thing or not).

If you don’t have the time to devote to reading all of Electric Eden’s 672 pages I would thoroughly recommend the broadcast as an overview or precis; if you have or plan to read the book then it’s a fine accompaniment.

You can listen to the Exotic Pylon / Jonny Mugwump / Rob Young show here.

As a final point… I’ve mentioned it before but Mr Young’s blog is also worth a peruse, particularly if you fancy a wander off into the digital garden via his selection of links, which is nicely split into The Isle Is Full Of Noises, Music From Neverland, Poly-Albion, Turning Leaves, The Magic Box, Paradise Enclosed and (more prosaically) Blogpile.