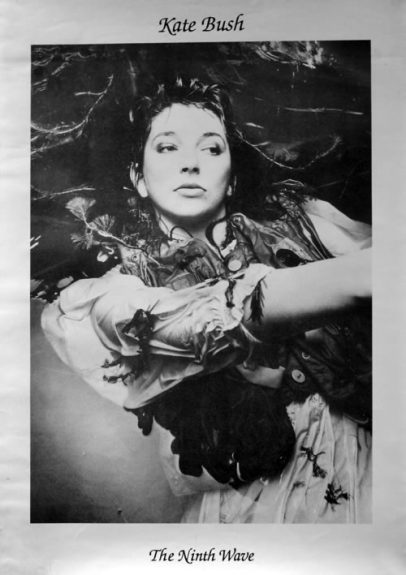 Well, the year is nearing to its close and so in a rounding the circle manner I thought I would return to The Ninth Wave, the themed collection of tracks on the B-side or second half of Kate Bush’s 1985 album The Hounds of Love album.

I was thinking, for myself what would I consider to be some of the earliest roots of the flipside of bucolia or otherly pastoralism that A Year In The Country has explored?

Well, I expect it would be something of a multiple-sided coin that took in possibly Bagpuss, other Smallfilm work and interconnected television from my younger years…

…but probably more likely the work of Kate Bush and in particular The Hounds of Love.

And even more in particular The Ninth Wave.

I’m listening to it as I type and I still find it a captivating, transportative listen… and it makes me wander what it is about some cultural work that can cause it to still resonate so thoroughly all these years and listenings later.

Kate Bush seems to have tapped into something very deeply rooted within the nation or land’s consciousness or soul with this collection of songs.

Or to quote myself quoting Mike Scott:

“Mike Scott of The Waterboys recently said that when Kate Bush’s Wuthering Heights went straight to number one in the charts that it “was like an old British soul got returned to us”.”

“Let me sleep and dream of sheep…”

Directions And Destinations:
The Ninth Wave