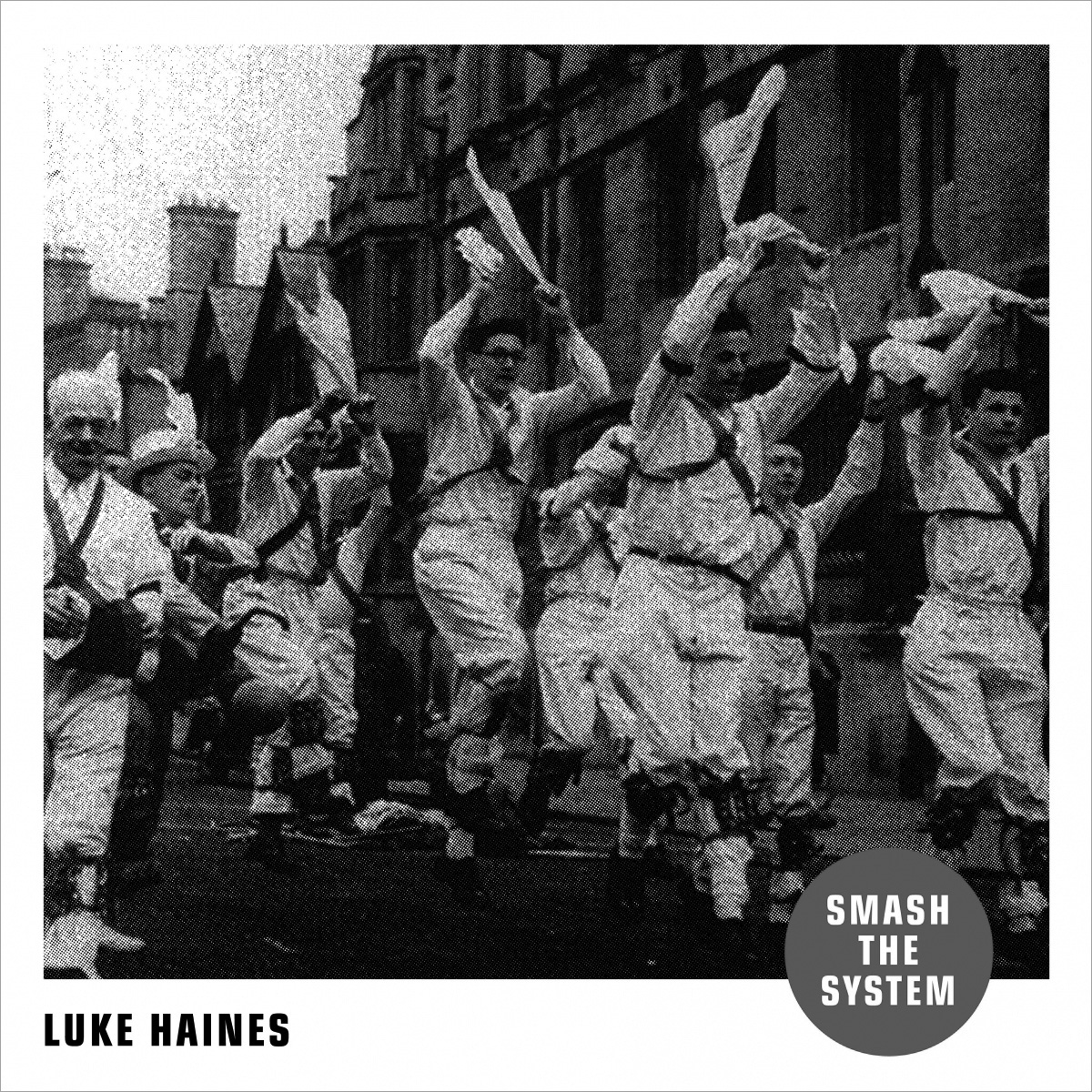 Although his work seems to exist in a genre all of its own*, Luke Haines has been described as “our most non-hauntological hauntologist” (strictly speaking he has been commented as being such by our good selves).

Nothing hauntological-esque to see there then.

While previous albums took in a general hauntological sense of “the present being haunted by spectres of the past” (to semi-quote ourselves) and intermingled 1970s pop, marauding skinheads, Asti Spumante, teddy boy discos, the three day week, 1970s and 1980s wrestlers and so forth.

But I think new(ish) album Smash The System both takes the proverbial biscuit and also seems to travel, in his own particular way, to the point at which hauntological concerns meet otherly folklore. 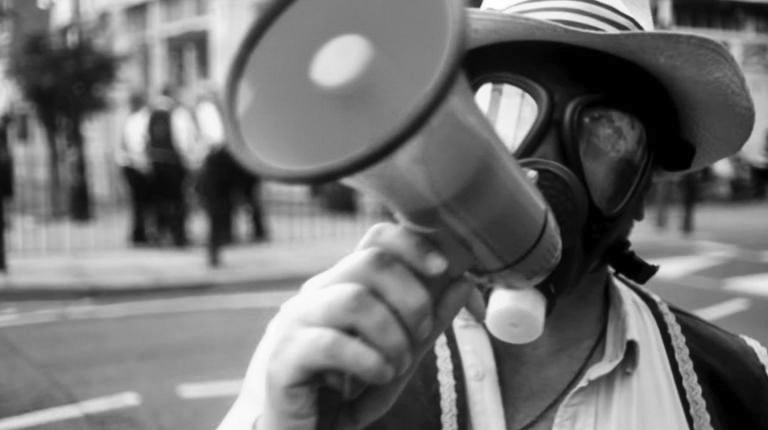 So, for example, while there are all kinds of pop culture titles/references to the album (Marc Bolan, Bruce Lee, Vince Taylor etc) there are also tracks called Ritual Magick, Power of the Witch and The Incredible String Band…

Meanwhile, the album has an archival morris dancers photograph as its cover and the accompanying video shows their contemporary equivalent on a slightly worrying and unsettling bender/borderline riotous fracas in an urban, capital city setting (while also name checking his love of The Monkees and The Velvet Underground).

Oh and also features gas masks and a tray full of shots, which for some reason the latter of which I find the most unruly, unsettling and just a bit wrong. 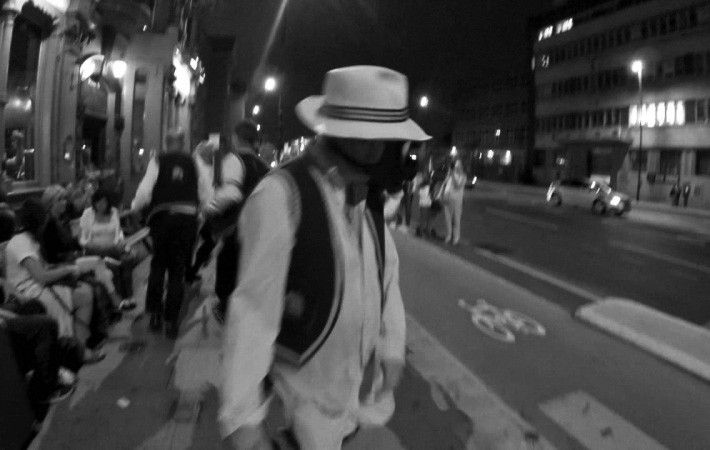 You know those television programs that show people not being able to handle their drinking/binge drinking in inner city areas as such places are turned into near no-go areas of a Saturday night?

Well, in some alternate universe the traditional folkloric characters in this video are what you would see if you tuned in.

(The arty-laryness of Earl Brutus and possibly even the imagined troublesome youth cult of A Clockwork Orange may also be appropriate reference points.)

I’ve just watched it again and brrr, I’m both entranced and really don’t want to step into the world it shows/creates (and its fiction is only just burst at the end by the more normal smiles of a participant or two). 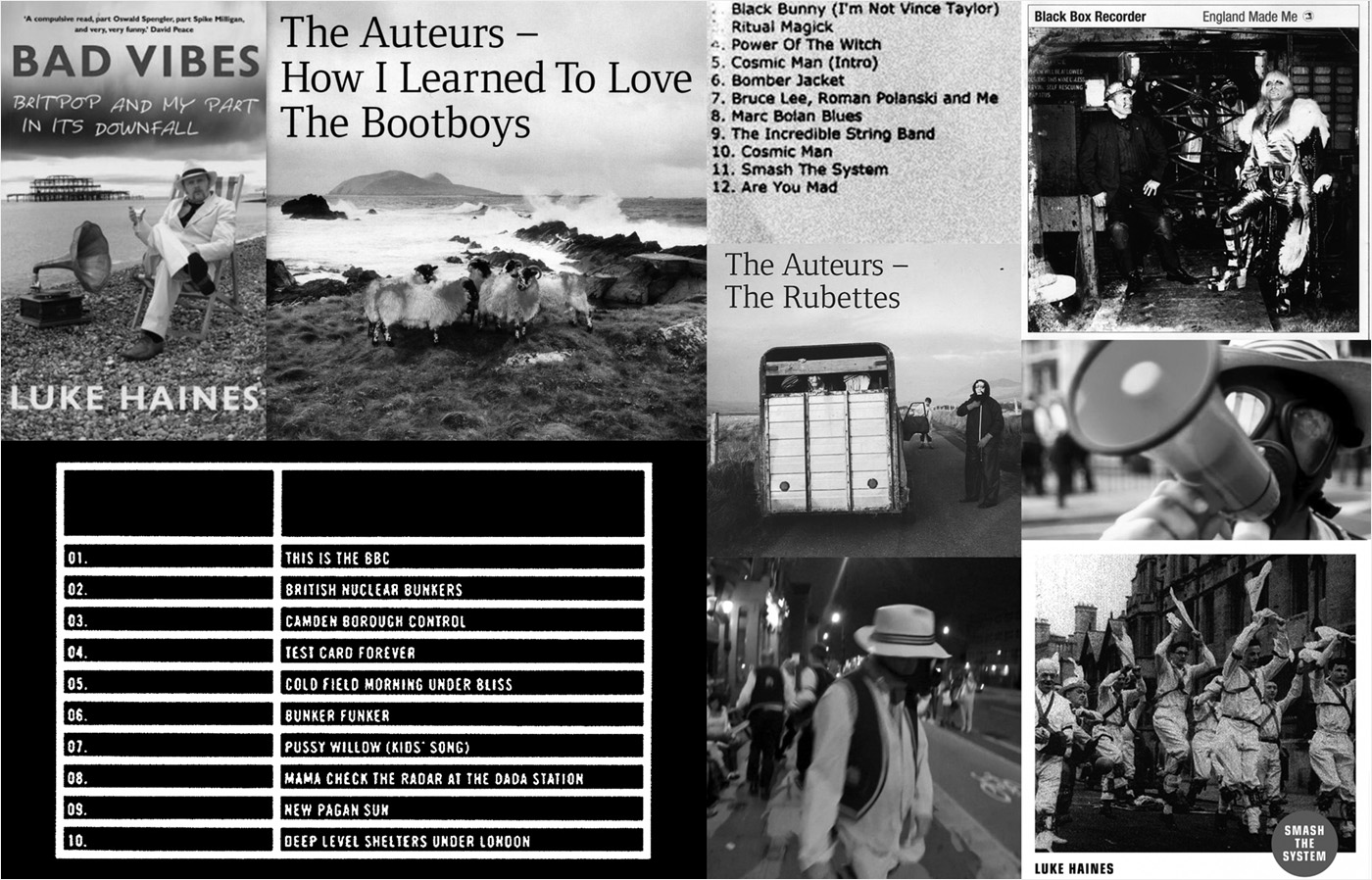 (Move along, move along. There’s nothing hauntological nor intertwinings between spectres of the past and otherly folk to see here.)

Previous evidence around these parts:
Day #10/365: The Auteurs – How I Learned To Love The Boot Boys; our most non-hauntological hauntologist…

Week #38/52: Mr Haines – “our most non-hauntological hauntologist” – the evidence mounts

Elsewhere in the ether:
Step through to that other world here. Mr Haines’ home in the ether is here. Often quite witty mucking abouts by him here.

And in a “do yourself a cultural favour” manner, one of his books here (no, not the edition with the cabbage on the front, thank you very much) and the rather classy, unparalleled, seething, now that the Empire has faded, I know what you’re doing in the afternoons, Albionic pop-noir of Black Box Recorder here.

*Would One Time Indie Popstar,  Brief Top Twenty-er, Pantomine Villain(?), Pop Culture’s Reverse Explorer be too long a genre title for the racks of the record stores?