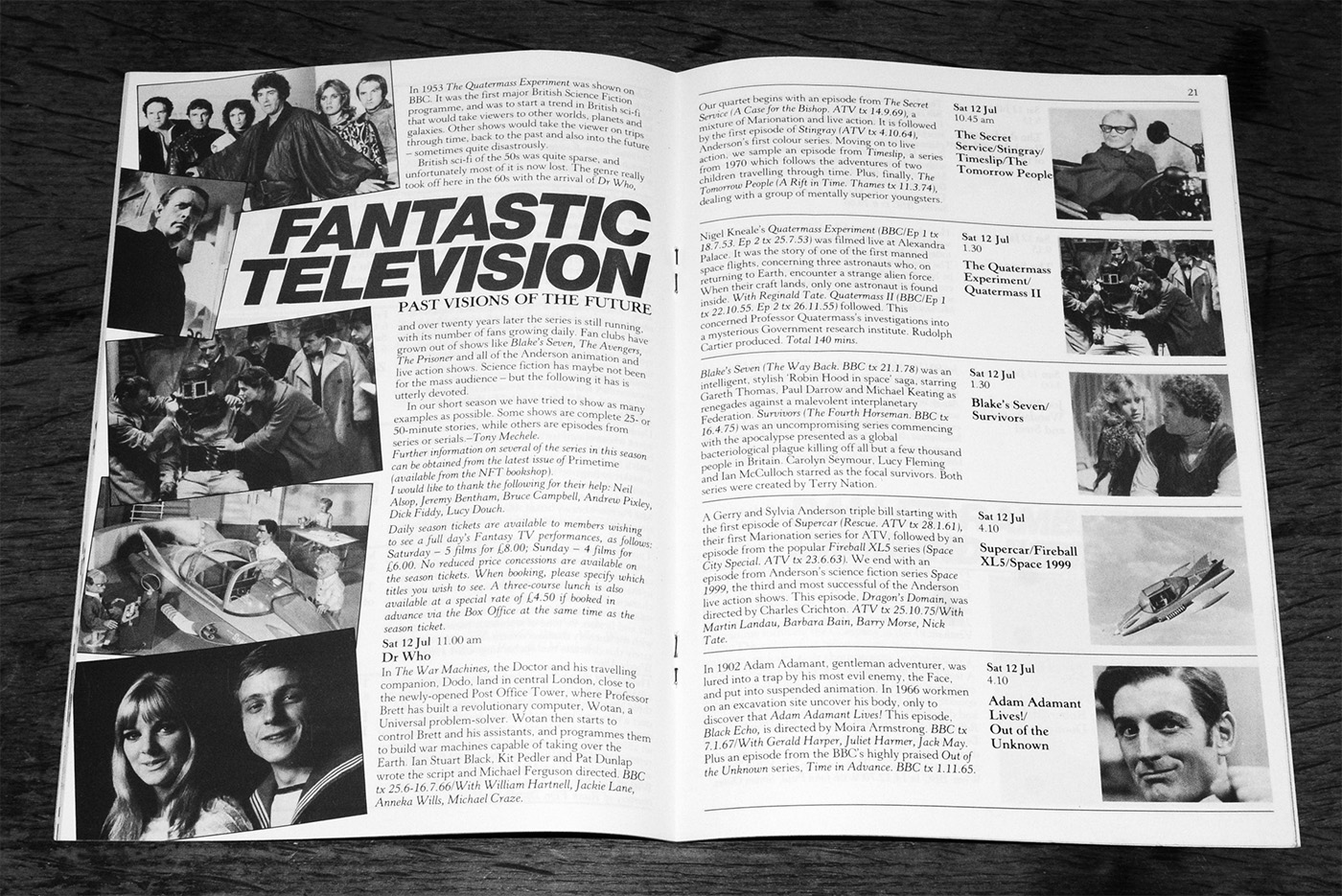 Nowadays appreciations of older fantastic and science fiction television that is part of the hauntological canon of such things are… well, if not two a penny at least reasonably commonplace in certain cultural niches and corners and sometimes in a more mainstream sense.

However, back in 1986 that wasn’t the case anywhere near as much.

And even if it was, it was considerably harder to see such things than in these reissue and digital ease of access times.

So, when I saw this 1986 brochure for the National Film Theatre festival in London it caught my eye due to the strand of showings called Fantastic Television.

As part of that they showed episodes of Dr Who, various Quatermasses, Timeslip, Blake’s Seven, Survivors, Out Of The Unknown, The Andromeda Breakthrough, The Stone Tape, Ace Of Wands, Sapphire and Steel, Doomwatch, Casting The Runes, The Avengers, The Prisoner and various Gerry Anderson programs. 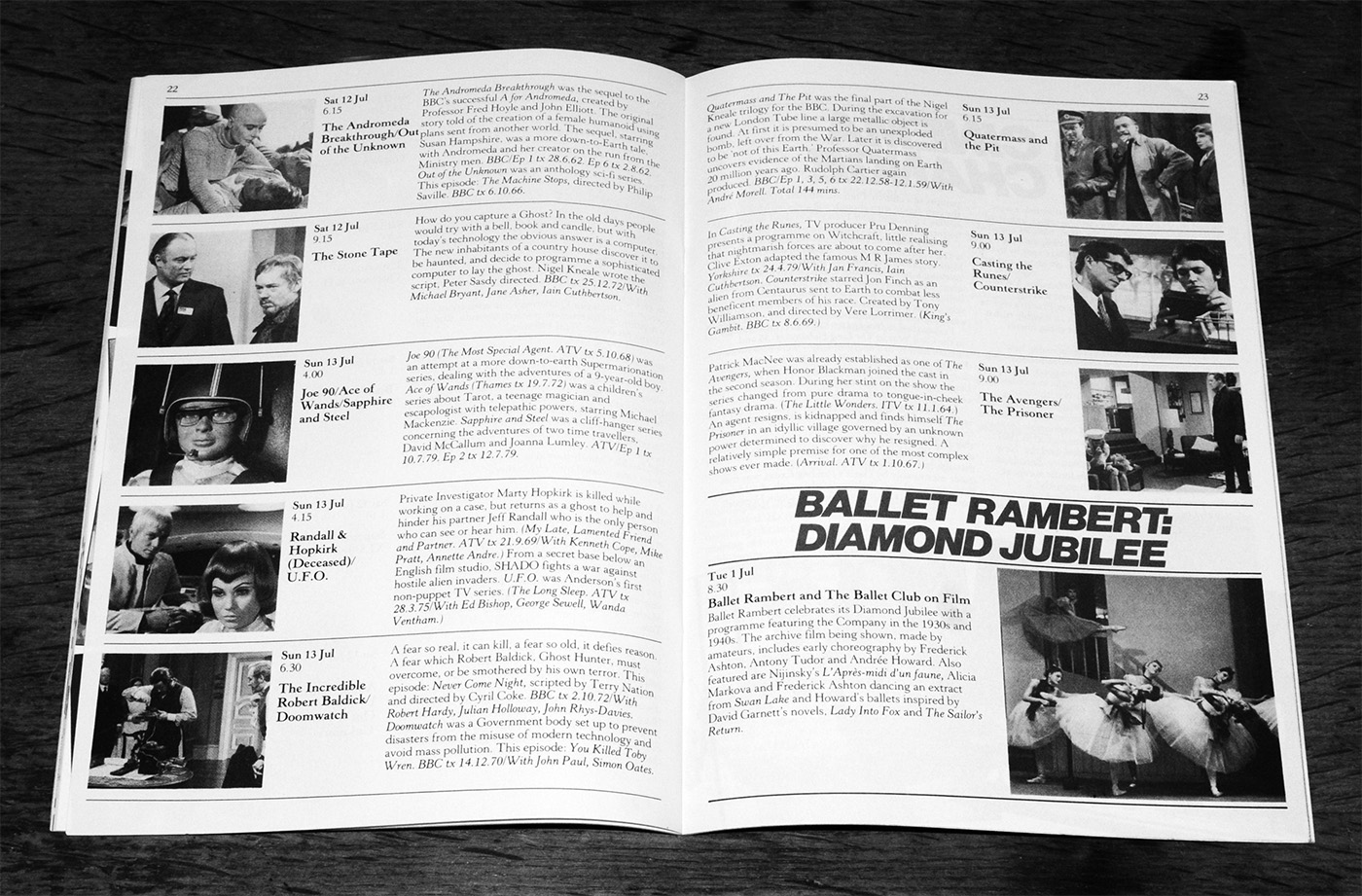 I don’t know the ins and out of video tape issues of these various programmes and series but I expect for some of them this was a particularly rare outing in any form and possibly fairly unusual to present a whole season of them as part of a major, critically lauded and non cult/niche culture orientated film festival.

I particularly like the description that accompanies The Stone Tape:

“How do you capture a Ghost? In the old days people would try with a bell, book and candle, but with today’s technology the obvious answer is a computer. The new inhabitants of a country house discover it to be haunted and decide to programme a sophisticated computer to lay the ghost.”

And also the subtitle for the season “Past Visions Of The Future”, which seems like a hauntological statement of intent before the phrase or philosophical/cultural idea had come into being.

Intertwined wanderings around these parts:
Well, that would be a fair few I expect but below is a selection or two;
Day #23/365: Nigel Kneale’s The Stone Tape – a study of future haunted media

Day #183/365: Steam engine time and remnants of transmissions before the flood

Day #236/365: The Owl Service: fashion plates and (another) peek behind the curtain

Day #284/365: Sapphire and Steel; a haunting by the haunting and a denial of tales of stopping the waves of history…

Week #2/52: The Tomorrow People in The Visitor, a Woolworths-esque filter and travels taken…