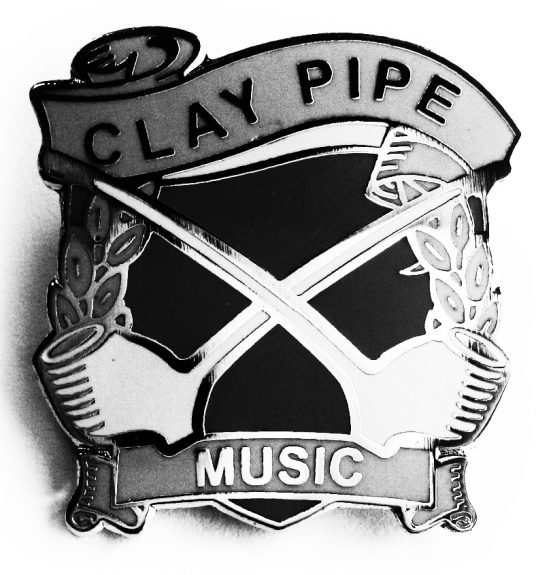 I’ve found it interesting watching the way that limited edition physical releases of music has returned in the world.

Catching hold of such things is now almost a competitive sport (well, as near as I expect many of the people, self included, who enjoy such things to actually participating in competitive sport); blink and you’ll miss the release and just see those dreaded SOLD OUT words blinking in front of your eyes.

In order to listen to the music there’s often not a particular need to physically own these artifacts, so something else is at play.

The design, physical artifacts and presentation of much of the music that can be found on the pages of A Year In The Country (for example via Ghost Box Records, Folklore Tapes, Second Language Music, Finders Keepers Records or indeed Clay Pipe Music who grace this particular page) could be seen to be of equal or at the very least of great complimentary importance as the shape of the vibrations their compositions make in the air.

To quote Mark Fisher, from his Ghosts Of My Life book:

“…it is the culture constellated around music (fashion, discourse, cover art) that has been as important as the music itself in conjuring seductively unfamiliar worlds…” 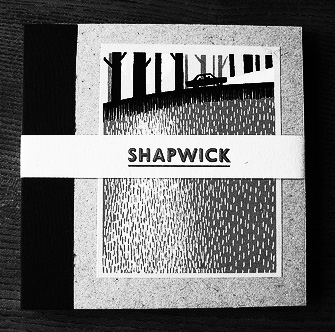 The phrase cover art is of particular importance here. It’s not just cover art in the sense of a photo or two and some text but in terms of relating to a physical artifact in all its non-virtual glory and the world and spirit such things can conjure. These objects have become our totems in these days where animals and natural objects are not so much part of most people’s everyday lives.

This isn’t a post to say “In my day it was much better, it was all fields and gatefold sleeves you could look at on the bus on the way home”. I have and listen to music in all kinds of forms, via an increasingly dizzying array of methods, platforms, formats etc.

Wasn’t digital music meant to wipe this out? Weren’t we by now supposed to have one small black box that contained all our media (strapped no doubt to our silver space suits as we jetpacked about). While wandering up to and through A Year In The Country I’ve dragged out and dusted off a variety of discarded tape recorders, set up my record player permanently again for the first time in years, listened to music tumbling forth from all kinds of digital devices from smaller than a box of cigarettes to the size of a not so smallish suitcase. And that’s before we get to the slew of digital platforms for perusing and discovering music via the ether…

I’m not a luddite, a traditionalist or my way or the high way about these things.

And yet… if you were to ask me which pieces of music were really precious to me, often they’re ones that in one form or another that I’ve had the urge to buy in physical form. Not exclusively but a fairly high percentage.

I don’t need to do that. Often I already have the music as a perfectly listenable to set of zeros and ones but I want something more… some other form of interaction.

Sometimes I find myself being swept up by a piece of music or culture and I want to own it, to have another form of interaction, maybe to help pay its creator more than the splinter of a pence they’re possibly reimbursed via a passing listen in the ether…

…maybe it’s in part a generational thing, I grew up when physical objects were part and parcel of listening to music and imbibing culture…

Although I have noticed that at times when the package arrives through the post I think “Hmmm, I’m not sure I actually want or need that” and realise that it’s part of me acting on well worn paths, habits and reflexes… curiously as well, often when that happens it’s after the arrival of vinyl.

Curious as once that would have been something of a king around these parts whereas now I don’t really mind what the actual vessel is that carries the message is as it were, it’s more to do with something intangible, the world and visions a particular object creates and summons… oh and preferably a good thick spine so that I can see it sat on the shelves and let my mind wander, more of which in a moment. 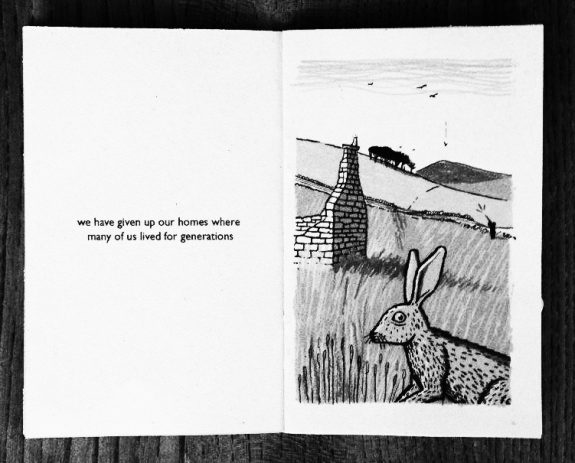 In part maybe the ritual of hunting down physical releases, the “got it” sense of satisfaction is part of it all. Maybe it is that sense of wanting a totem that can sit on the shelf and I can look at and send my mind wandering as I walk past.

In some ways the physical object and corporeality serves a separate but interconnected function to the intangible wisps of the music itself.

Hence I suppose the tendency to offer digital downloads to accompany tape, vinyl etc releases; it’s offering the choice of how to listen to music but also possibly an admission of the potentially different functions of the various forms… though the contrary curmudgeon in me quite likes the way that as far as I know in it’s earlier days the Folklore Tapes releases were just that; no zeros and ones, you had to dust down that tape recorder.

Anyway, along such lines, if you should want to see how the physical forms of music can compliment music then I expect you would not need to look much further than Clay Pipe Music.

These are lovingly created and crafted pieces of work, generally put together and illustrated by Frances Castle who runs Clay Pipe Music. Some sense of actuality and humanity is returned to the very aesthetically average, useful and utilitarian digital discs. A sense of warmth and the natural world is somehow imbued into these releases. 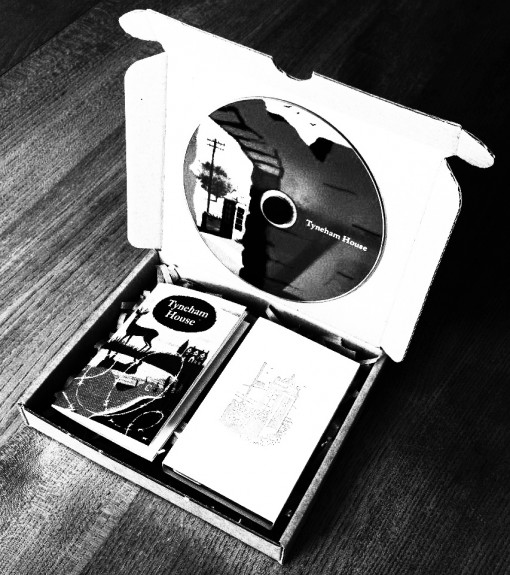 On this page is a baker’s dozen (or digital daguerreotype devils dozen) of images of their releases.

It’s interesting as well in that the often bucolic, pastoral world created and surrounding Clay Pipe Music is summoned and sent out into the world I think via the sprawling environs of the metropolis… to reinterpret Rob Young’s phrase from Electric Eden, it could be seen as a form of imaginative geographic travel or returning to the idea of conjuring unfamiliar seductive worlds; the fields and pastures as the “other” when you’re living amongst its opposite.

Although, having said which, a number of releases they have put out deal with travels through city based hinterlands, sometimes once idylls and glimpses of places where nature breaks through and attempts to return through the cracks: in particular Darren Hayman’s Lido which examines closed and abandoned open air swimming pools or Jetsam and Gareth E. Rees A Dream Of Life Of Hackney Marshes, which is a journey through edgelands strewn with Victorian ruins and pylons, circled overhead by kestrels.

Anyway, lovely stuff. If I had a time machine I would try and own much or all of it.

Visit Clay Pipe Music here (where you can also join the egg and spoon race for a copy of the 3rd edition of Tyneham House on the 2nd of July 2014).

Or where you can realise that you’ve definitely come last in the sack race for Jon Brook’s Shapwick, the original releases of Tyneham house, Darren Hayman’s Lido, GP Hall’s Embarkation, The Hardy Tree’s The Fields Lie Sleeping Underneath and Michael Tanner and Kerrie Robinson’s Thalassing. 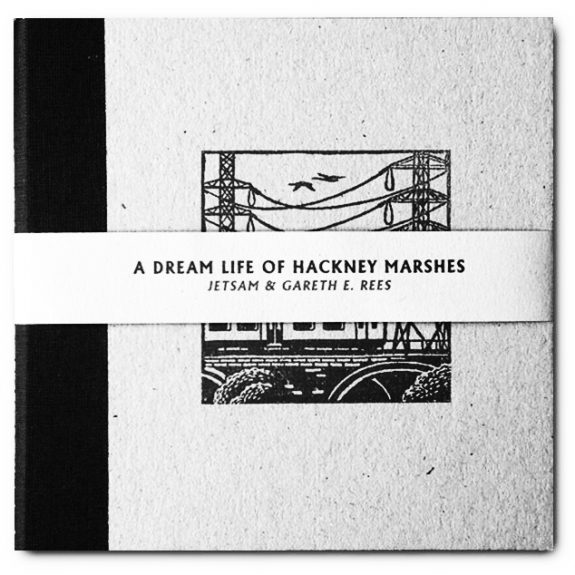 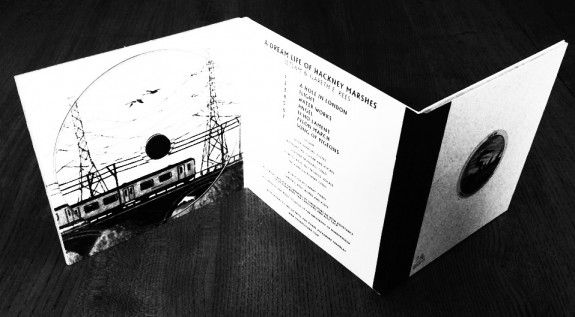 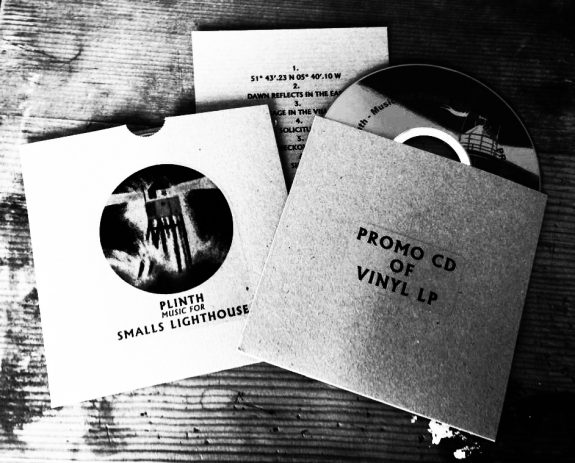 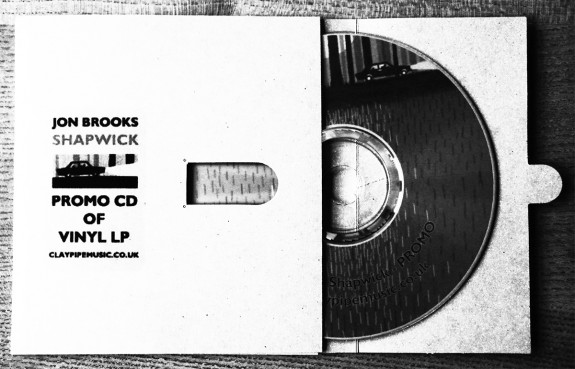 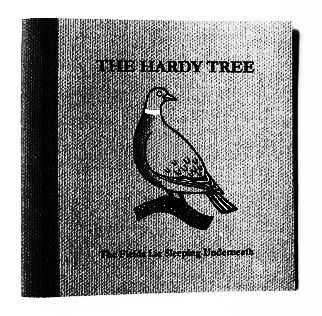