File under: Trails and Influences. Other Pathways. Case #38/52.

I think I’ve mentioned before that I have something of a soft spot for press release for cultural releases from previous years. I’m not completely sure why but I think it’s in part the sense of seeing/discovering something which was once only seen by/intended for a very limited, behind the scenes audience; coming across them feels like quietly discovering a touch of cultural buried treasure or maybe pulling aside the curtain to reveal Oz working the levers and machinery that power his phantasmic stories/apparitions.

Along such lines, below are the Granada Television press sheets for the colour transmission of The Owl Service: 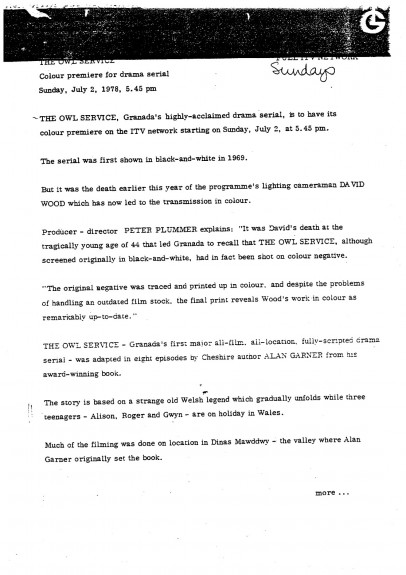 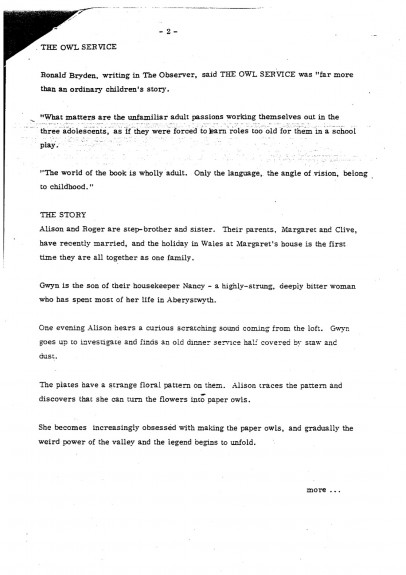 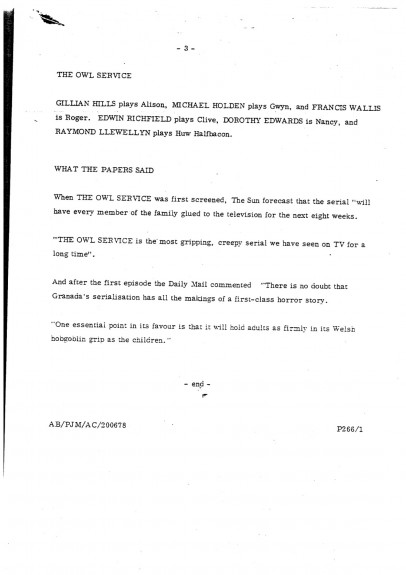 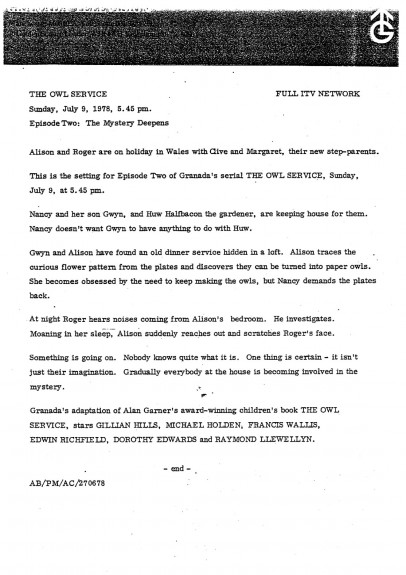 Although black and white television sets could still be found around and about for a decade or two or more after the aforementioned colour transmission, it still feels like a curiously distant and far away time when such things were a consideration…

Two of my favourite lines for the press releases are these:

“One essential point in its favour is that it will hold adults as firmly in its Welsh hobgoblin grip as the children.”

“The world of the book is wholly adult. Only the language, the angle of vision, belong to childhood.”

…which rather nicely sum up the curiously adult/cross-generational aspects and themes of the series or to quote Mr Ben Wheatley at Day #136/365 around these parts:

“The Owl Service… it’s like David Lynch… I watched it about five or six years ago, and I was just stunned by it. You wouldn’t even fathom showing that to children now. That’s what would pass as adult drama now, even quite difficult adult drama…”

And while I’m on the topic of such semi-lost cultural documentation, although probably quite normal promotional activity at the time, the article below is slightly head-shakingly curious considering the otherly significance/signifying that the series has/has gained over the years. 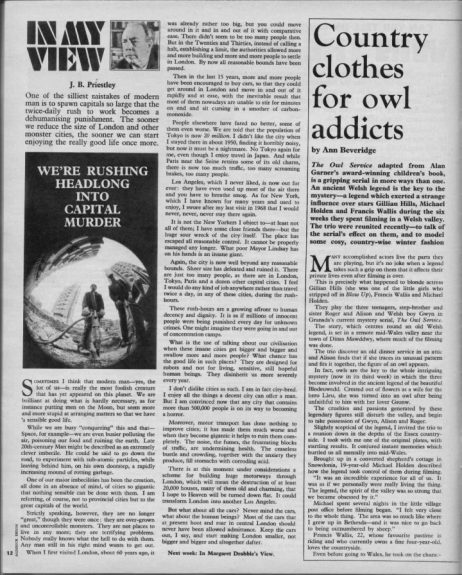 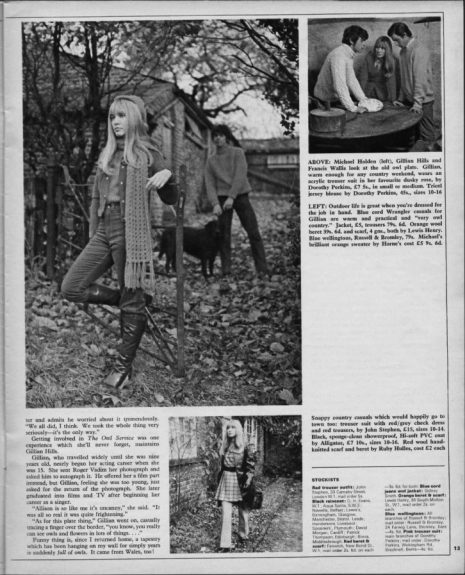 There’s nothing like some “cosy country-wise winter fashion” to accompany mythological tales of tackling the wolf in every mind (!); “Outdoor life is great when you’re dressed for the job in hand”.

Other related artifacts around these parts here and here. Remnants of transmissions before the flood here.

Previous glimpse-behind-the-curtain documentation: a selection of artifacts from a boy who fell to earth.