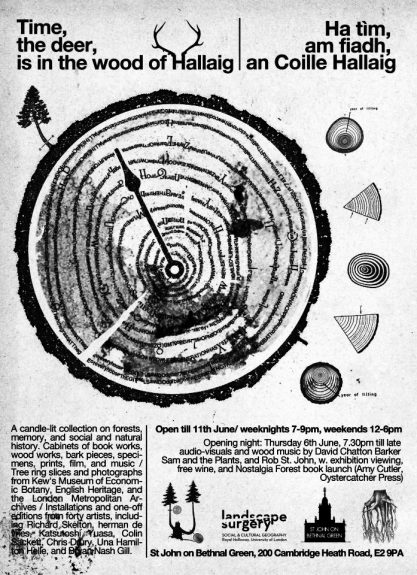 And talking of stumbling upon things just after they have occurred (see Day #221/365).

For a fair while now the exhibition “Time, the deer, is in the wood of Hallaig”, curated and collected by Amy Cutler has picked away at my mind and memory…

I didn’t see it in person, so now I find myself trying to piece together the atmosphere and stories of the exhibition from the traces that it has left behind in the ether.

And there are many traces but that is all that they are, traces, wisps, fragments of the specimens that were one brought together and contained. Through a mass of recording, copying, replicating much of culture may have become largely atemporal but there are still some things which resist such easy documentation…

Wandering through this particular forest I tend to start at this quote:

….then wander into considering that the opening night had audio-visual by David Chatton-Barker of Folklore Tapes (see Day #7/365) and Samandtheplants (both also from Echo of Light, see Day #32/365) and Rob St John (also Folklore Tapes and Water Of Life)… 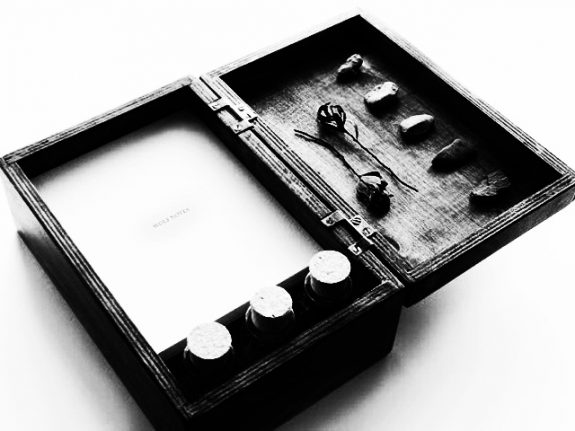 But as I wander through its pathways and push at the bracken, it seems to grow, boxes open and books unfurl, the exhibitors, performers and elements branching, the names Forest Memory and Nostalgia Forest wander into view, alongside Algonquin and bitten bark piece, In Memory Of The Scottish Forests, Dendrochronology photographs, The Forest Writes Itself, Ancient Order of Foresters Sashes, The Grief Of Trees, Photographs of submerged forests, The Dark Would…

It intrigues and scatters my mind and the more I read about it, the more it tumbles away…

A mystery that time holds away from me. 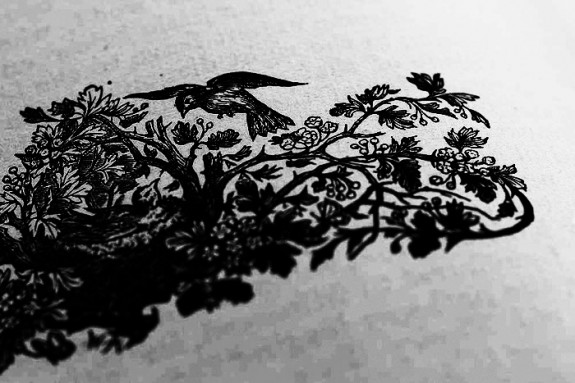 Other pathways through this particular woodland:

Wandering players:
David Chatton-Barker (who also put together the poster… fine piece of folkloric iconography in the title).
Samandtheplants (and Natural/Supernatural Lancashire at Day #97/365).
Rob St John / Water Of Life.

The many branches of the exhibition catalogue.

Write Off The Map: Amy Cutler and the beginnings of a public opening of these lands. 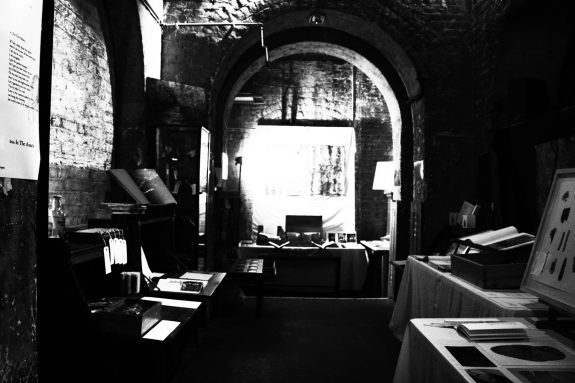 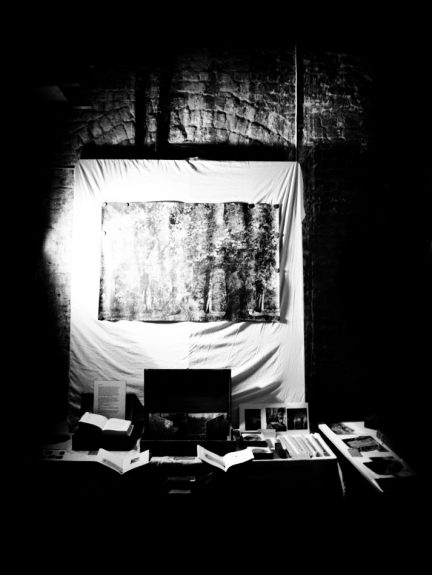 A flickering dash of specimens.

The original outcrop I stumbled upon.