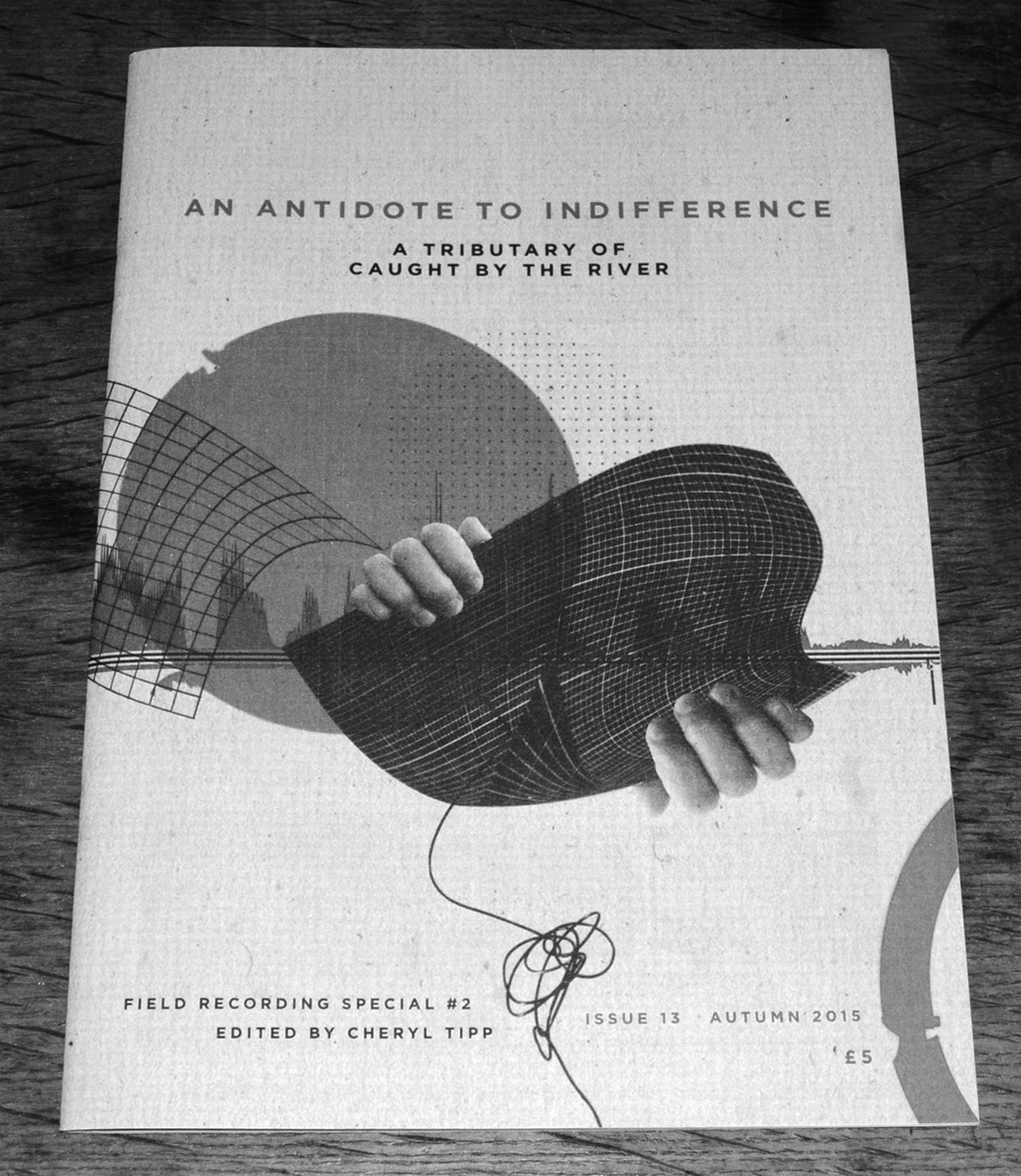 It’s a curious thing with field recording and the way in which what could well have its roots in utilitarian, scientific recording of sound has gained in parts a sort of extra layer of creative resonance and wandered somewhere else.

Along which lines, the An Antidote To Indifference – Field Recording Special #2 publication.

This was released by Caught By The River and edited by Cheryl Tipp, who works in the Wildlife And Environmental Sounds archive of the British Library.

It is a beautifully put together… hmmm, I wouldn’t call it a magazine or fanzine, though it has elements of both – maybe I should just stick with publication as that seems suitable.

The design in part uses elements of what previously I have called “otherly geometry”, in a manner similar to say Folklore Tapes David Chatton-Barker or Ghost Box Records Julian House (in fact I was surprised to see that neither of them had worked on at least the cover) and the whole thing is clearly a labour of love. 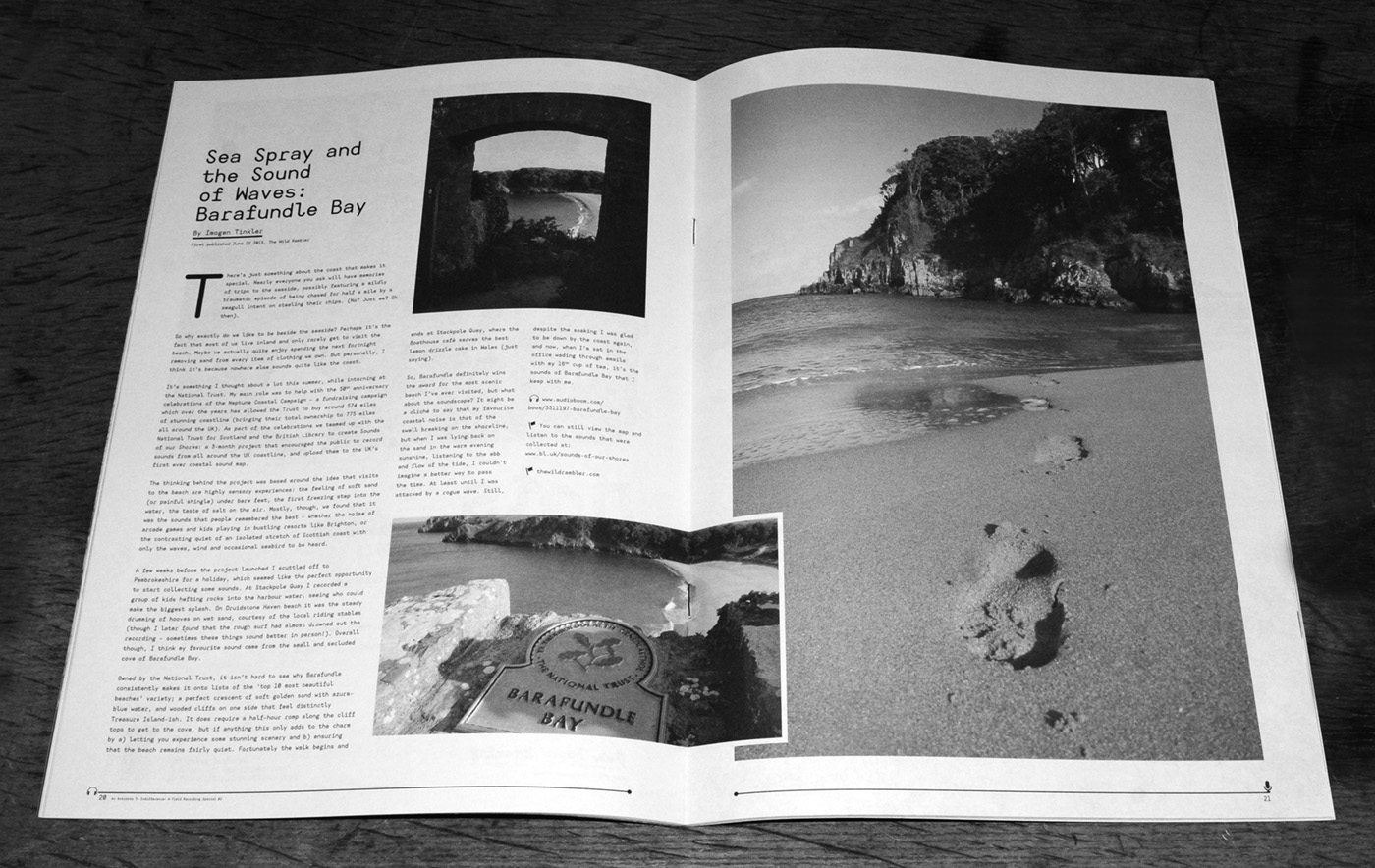 I have described such work as often seeming “…to make use of geometric shapes and patterns to invoke a particular kind of otherlyness, to allow a momentary stepping elsewhere…”; in this particular instance that somewhere else may well be a sense of the spirit of that earlier mentioned extra layer resonance within some field recording work.

The contents take in literal out-in-the-fields field recording, the points at which field recordings meet imagined parallel versions of themselves, Howlround gent Robin The Fog rhapsodising about particular “sound arranged delightfully” creative techniques, Cheryl Tipp’s own Sound and Song in the Natural World piece, Recording the Sounds of the World’s First Computers… 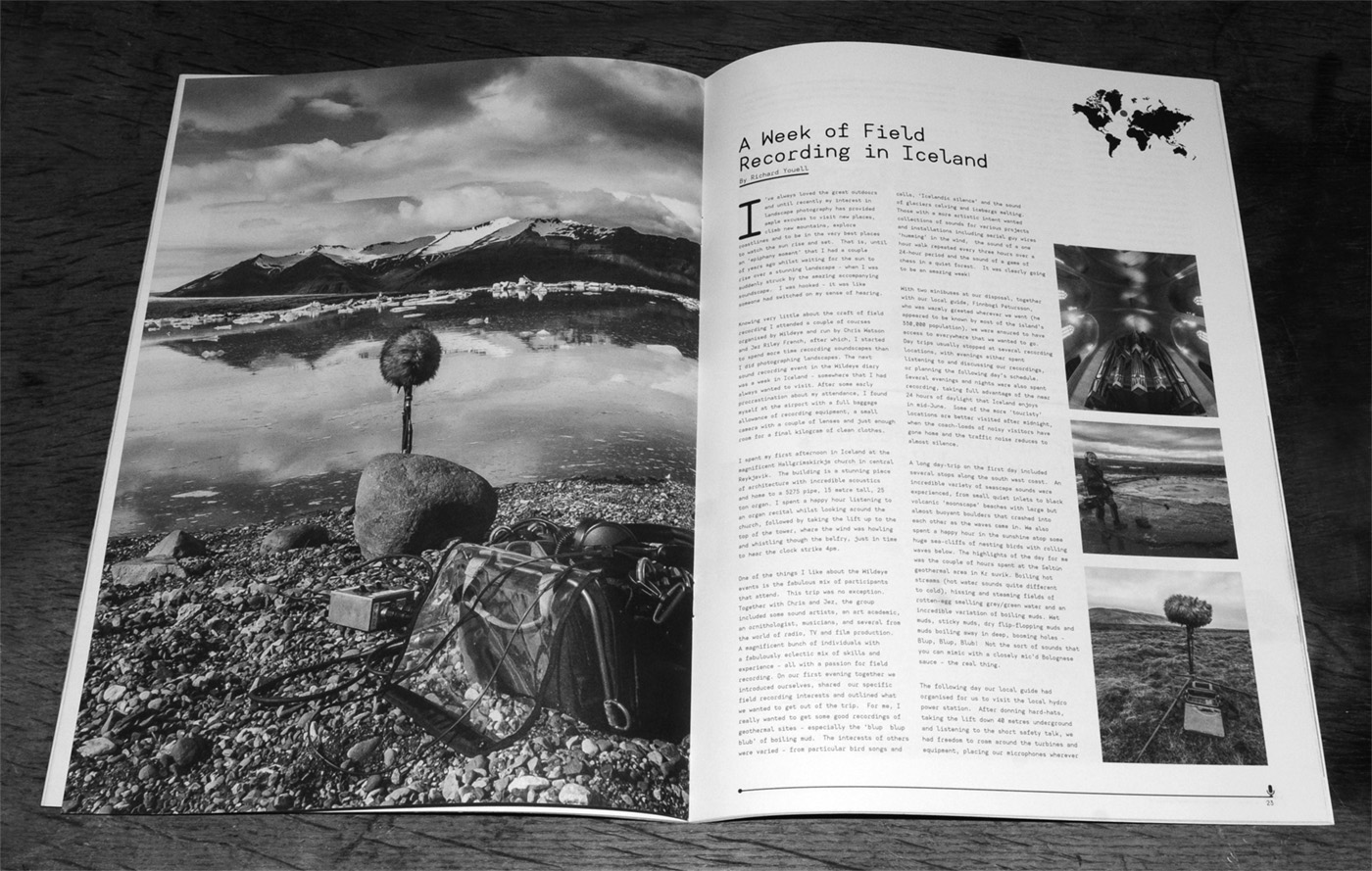 I suppose a prime expample of the way in which field recording has moved from its more scientific routes to being nearer to a form of artistic expression could be found in the almost… no, actually singularly, fetishistic quality of the very precise listing of the details and recording equipment used for the moth sounds in the credits of Peter Strickland’s The Duke Of Burgundy film.

(And I suppose looking at the roots of the word fetish as charm, sorcery and made by art may be apt in this context). 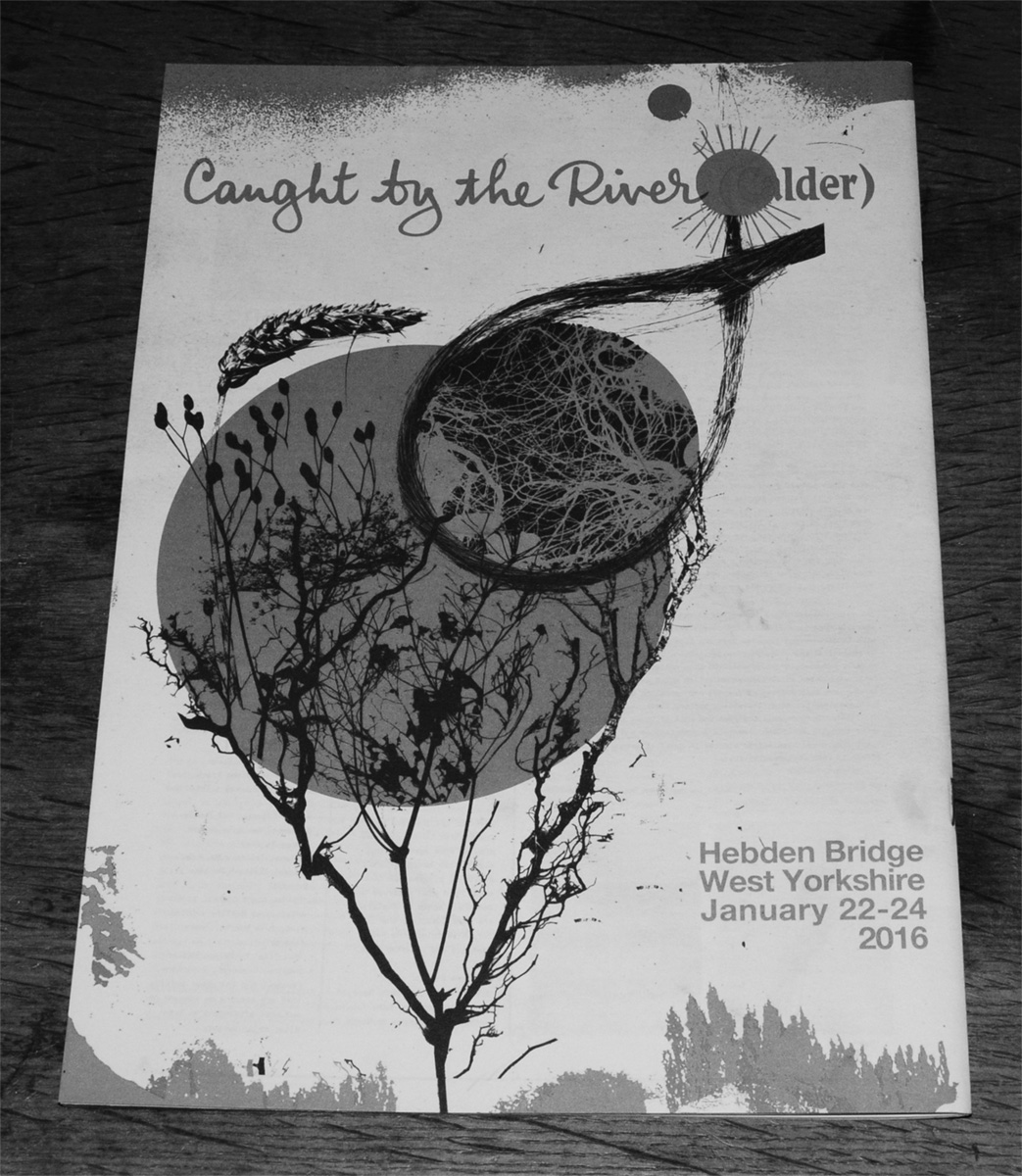 In an interlinked manner, reading those credits, Cheryl Tipp may well have helped gather those sounds and details together as she is listed as having helped on that aspect of the film.

If you should be interested in wandering further than some possible pathways may well be the film Silence, which has been described as navigating the path between fiction and documentary, the field recording maestro work of former Cabaret Voltaire gent Chris Watson, who is also featured in the Field Recording publication (does he never get tired or stop and rest I often wander when I hear his work) and Cathy Lane & Angus Argyle’s In The Field: The Art Of Field Recording book.

Day #209/365: Signal and signposts from and via Mr Julian House (#2); the worlds created by an otherly geometry

Elswhere in the ether:
Peruse the Field Recording Special #2 at Caught By The River. Cheryl Tipps’s curating at the British Library here and a smattering of I think her own recordings here.