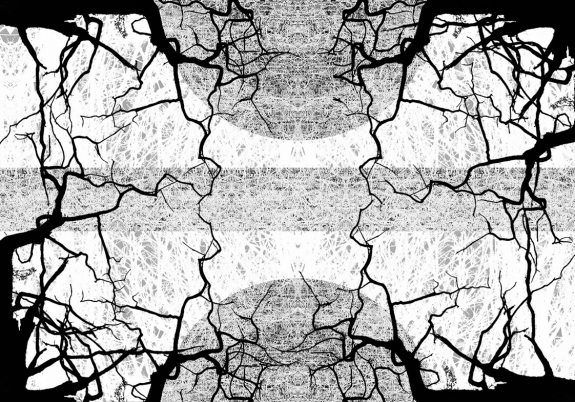 Artwork from Audio Albion –  a music and field recording map of Britain, which focuses on rural and edgeland areas.

Each track contains field recordings from locations throughout the land and is accompanied by notes on the recordings by the contributors.

The tracks record the sounds found and heard when wandering down pathways, over fields, through marshes, alongside rivers, down into caves and caverns, climbing hills, along coastlands, through remote mountain forestland, amongst the faded signs of industry and infrastructure and its discarded debris.

Intertwined with the literal recording of locations, the album explores the history, myths and beliefs of the places, their atmospheres and undercurrents, personal and cultural connections – the layered stories that lie amongst, alongside and beneath the earth, plants and wildlife.

“A gorgeous collage of sound myths, emboldened stories and earthly sounds… This is as good a map of some of the more wonderful parts of olde Albion as could be put to record, as the tracks record sounds found and heard walking down pathways, through to the echoey caves and caverns… The geography feeds into the music and in return, the music to the geography…” From Eoghan Lyng’s review at We Are Cult.