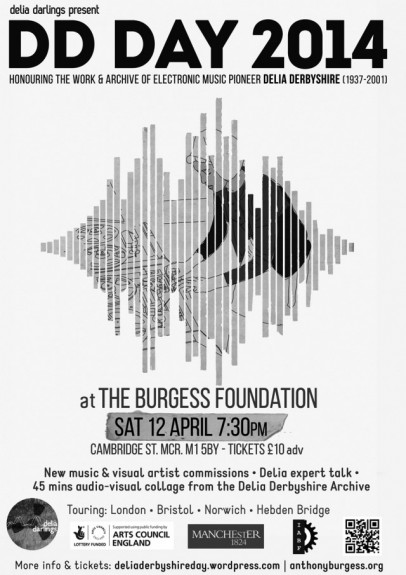 If you should not know who this lady is (was), she was an electronic music pioneer who worked at the BBC’s Radiophonic Workshop, was particularly renowned for her recording and arrangement of a piece of music which has topped and tailed all kinds of childhood dreams and nightmares over the years (the original Doctor Who Theme), which was one of the first ever electronic signature tunes used on television, created the first electronic music to accompany a fashion show… and well, I expect the world of music might well be quite a different place without her work and it’s not hard to draw a line back from some of the more electronic composers who appear amongst A Year In The Country.

I never knew the lady but I always feel quite moved and sad when I read about her life and her passing away at a relatively early age. I feel the world lost a great talent and there’s a sense that her work has never been correctly allowed to flourish, be heard or documented fully (indeed 267 reel-to-reel tapes were discovered after her death, which have been digitised but have not been released due to copyright complications, her released work seems to be patchily represented in official forms).

The Delia Derbyshire Days are a nod towards and a mark of respect for her and her work and hopefully will play a part in assigning the respect she and it deserve. 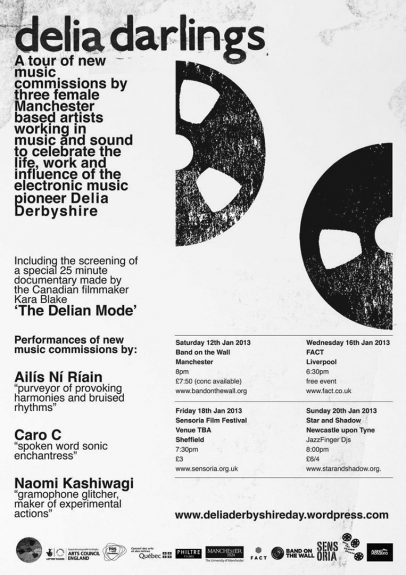 Of note and well worth a wander: well there could well be quite a few but Dreams, her work with Barry Bermage, where people described their nocturnal stories to an electronic accompaniment is well worth a visit, there’s Mathew Sweet’s radio documentary Sculptress of Sound (listen here), the Audiological Chronology Delia Derbyshire site here, Blue Veils and Golden Sands, a radio play based on her life which can be visited here and The Delian Mode, a documentary about her by Kara Blake can be perused here. Well, that’s a start at least… and that soundtrack, well, I expect you can easily visit that in your mind. 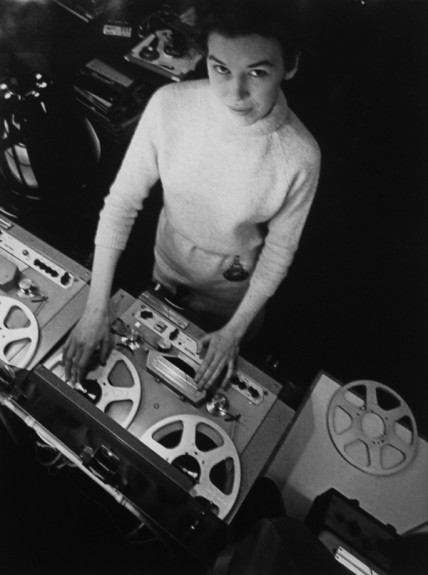 Visit Delia Derbyshire Day here (quick quick, it’s coming soon), which will be starting at the International Anthony Burgess Foundation in Manchester, before wandering off to Hebden Bridge, The Horse Hospital in London, Norwich and Oxford.

Read her obituary by a friend and work companion here (a touching, evocative, moving piece).

Ms Derbyshire, I salute you. Rest in peace. 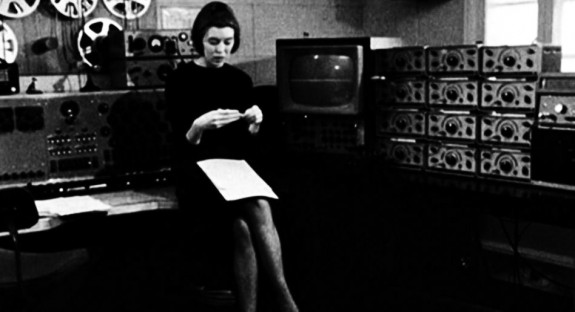 I shall leave the final words to her, quoted from the above obituary: very prescient and also humble:

“What we are doing now is not important for itself but one day someone might be interested enough to carry things forwards and create something wonderful on these foundations.”