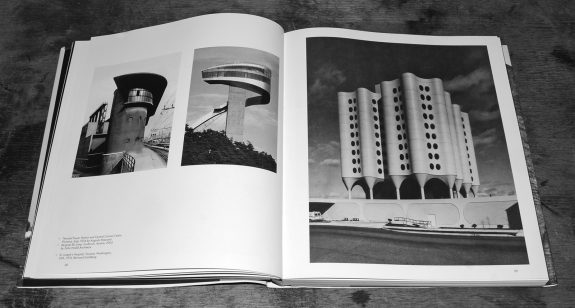 One of the starting points of this set of posts was Peter Chadwick’s book This Brutal World, which is a collection of the photographs he has taken of Brutalist architecture, with some of the structures it features having an abstract, experimental and otherworldly quality. 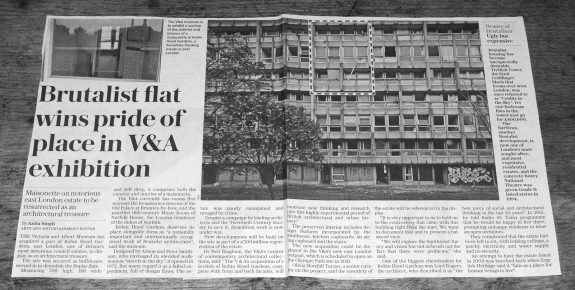 The copy of This Brutal World which I read had a clipping from a newspaper in it, that reported on how the Victoria and Albert Museum (a prestigious cultural museum in London) had acquired the interior and exterior of a maisonette from the Brutalist designed Robin Hood Gardens council estate, which was due for demolition. In the article representatives of the Museum speak of both the acquisition’s place in highly experimental British architectural and urban history and also that they would not airbrush out the controversies and problems with the estate, which was notorious for being poorly maintained and ravaged by crime.

The article ends with:

“An attempt to have the estate listed in 2009 was knocked back when English Heritage said it ‘fails as a place for human beings to live’”.

While such a view may to some degree be considered subjective, it is also something of a damning indictment on this particular architectural “experiment” and also possibly similar failed social housing projects elsewhere. As referred to in earlier posts, whether that failure is due to poor maintenance, social dysfunction and/or inherent faults with the buildings is debatable but ultimately if they have not functioned correctly and provided its inhabitants with a reasonable quality of life then that debate becomes a moot point.

In the clipping it is also observed how once derided Brutalist housing such as Trellick Tower in London has now become highly desirable and expensive. It is questionable whether their now sought-after nature is due to their design and/or as a result of a shortage of available real estate, alongside the increasing perceived fashionable desirability and interlinked market value of such properties. With societal and property value changes buildings such as Trellick Tower have come to occupy locations which today would be considered too expensive for social housing

Such previously outrightly socially owned housing originated in a time when city centres were not as socially delineated in terms of who could live there and also from a period in time when many of the areas in which it was built were not as appealing to those who were more financially affluent. Indeed at times such areas were considered rough, down-at-heel or lower-class enclaves.

Due to right-to-buy scheme which gained pace in the 1980s, whereby social housing tenants in the UK could buy their homes at discounted rates, a considerable percentage of housing which was created with socially progressive intentions utilising public money has become private property. Which is one aspect of governmental policy which has led to a shortage of housing, particularly social housing, ever-increasing housing costs and the exclusion of certain social and economic strata from city centres.

It has also resulted in the slightly absurd spectacle of people paying £400,000+ for a one bedroom flat in Trellick Tower and formerly social housing being made available on the private rental market for highly inflated rents.

Brutalist architecture has been associated with a hauntological sense of lost progressive futures; the transfer of affordable social housing stock to the private sector within city areas is  a very physical representation of such loss. 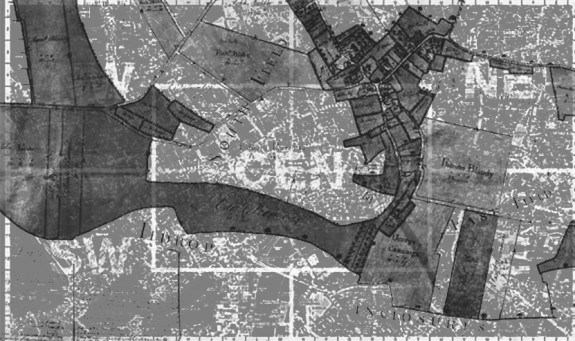 Which brings me to modern day acts of enclosure/exclusion from the land and also an earlier starting point for this set of posts – Rob Young’s book Electric Eden:

“(In terms of what Rob Young presents as music and culture of a utopian or visionary nature that draws from the land and folk culture) he has discussed the connection between such areas of work and culture and how there is a connection to historic acts of land enclosure and clearance; the way in which from around 1760 onwards common land was put into private ownership by government Inclosure Acts, forcing agricultural workers towards the newly expanding cities and factories and how this displacement could be one of the roots of the British empathy with the countryside, with relics such as songs or texts from the world before this change having come to be revered as they seem to represent or connect to a pre-industrial “Fall” golden age.

“It could be said that Inclosure Acts are not a purely historical practice. In recent years a proportion of the population have found themselves increasingly priced out of certain areas of the country; the cost of putting a roof over your head (in terms of the ever upward path of rental and property prices), of keeping the lights on and the wolves from the door seems to quietly, gradually be removing a certain less material wealth funded or directed way of life out of the cities and in particular the city centres and the capital city of Britain.

“This could be considered to be a form of enclosure: a more subtly enacted mirror image of the earlier 18th century version.

“In recent times this has happened in part through decisions to not take particular actions as well as the ending of acts of Parliamentary regulation (removing or refusing to implement statutory rent control or regulation for example), as opposed to creating new legislation, with the result that the “common people” are being removed from the inner cities rather than forced into them.” (Quoted from the A Year In The Country: Wandering Through Spectral Fields book.) 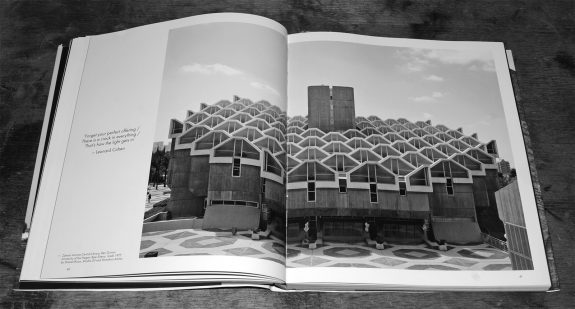 As mentioned in Part 1 of these posts, Brutalist architecture often had utopian, socially progressive roots and This Brutal World includes the following quote from journalist Owen Hatherley:

“Brutalist architecture was a political aesthetic, an attitude, a weapon, dedicated to the precept that nothing was too good for ordinary people.”

Perhaps rather than a sense of “nothing was too good for ordinary people” being focused on purely architectural design, in previous less monetaristic times it also involved more equal and less financial/social strictures in terms of geographical access and the actual physical locations of social and other housing.