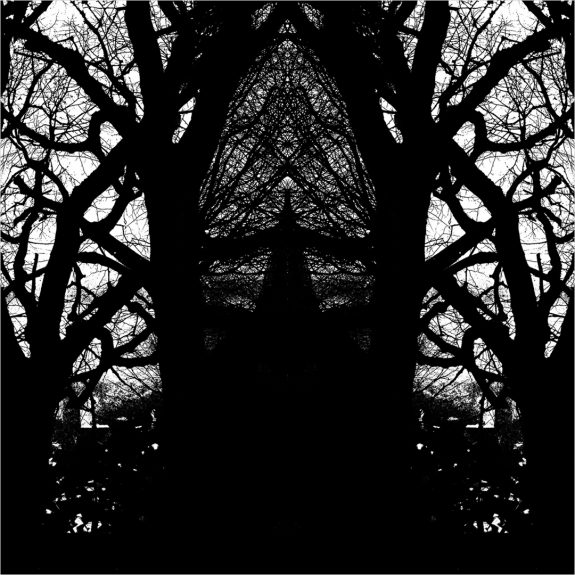 Artwork from She Rocola’s Burn the Witch / Molly Leigh of the Mother Town release.

“The song Molly Leigh Of The Mother Town draws from She Rocola’s own personal folklore and that of her home town; childhood experiences of chasing her playmates around Molly Leigh’s grave and the rhymes which accompanied such games. It is an audiological conjuring of hazy, sleepy small-hours memories and dreams from those times. Burn The Witch’s story is interconnected with those childhood memories and is in part inspired by formative viewings of late-night folk-horror films from in front of and behind the sofa.” (Quoted from A Year In The Country.) 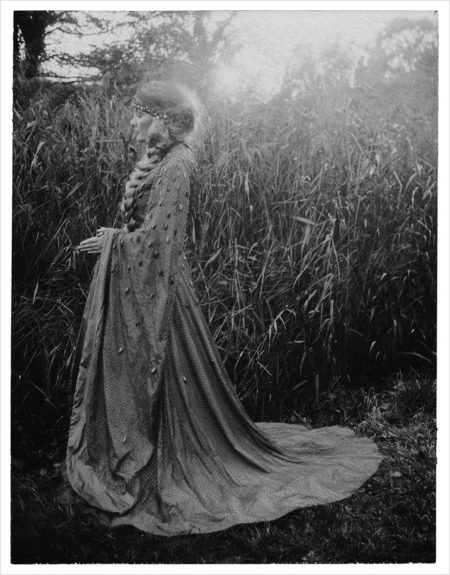 “She Rocola conjures one the most bewitching releases of the last few months with this EP on the fine label, A Year In The Country. Equal parts performance theatre, found sound and folksong (think Tiger Lillies meets the spookiest of Nurse With Wound) these tracks inhabit an especially cobwebbed and haunted corner of the imagination.

‘Burn The Witch’ begins with urgent stabs and wails of violin and an immediate sense of foreboding. Rocola intones the witches’ fate, vocal harmonies layering ghostlike amidst the baroque setting, her voice endlessly repeating ‘make her leave my mind…’ It is a short yet hugely effective piece, a subtle but powerful spell.

Second track ‘Molly Leigh Of The Mother Town’ is a music box filled shimmer of dread, acoustic guitars casting spectral shadows under the repeated nursery rhyme mantra of the verse… It is both utterly unique and completely hypnotic; this is gothic folk like you have never heard before. With shades of Siouxsie and a hint of Maxine Peake (from The Eccentronic Research Council’s Pendle Witch themed opus ‘1612 Overture’), this is music for when the dark falls and there is nothing but the sound of the rain and wind on the window pane.” (Quoted from a review at The Active Listener by Grey Malkin of Widow’s Weeds and formerly The Hare And The Moon.)

More details on Burn The Witch / Molly Leigh of the Mother Town here and at Bandcamp.

Visit She Rocola at Soundcloud here.