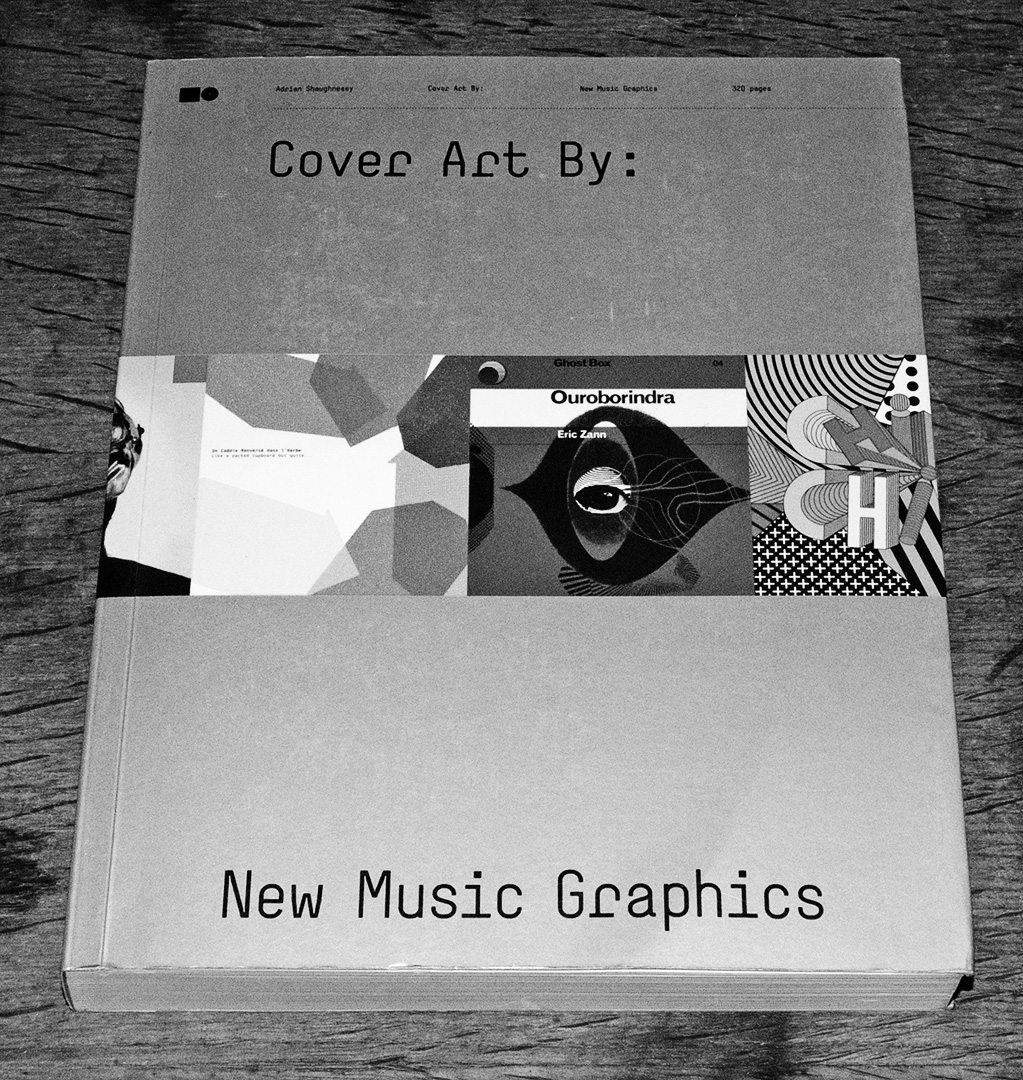 …anyways, I was having a good old browse of said bookshop, which is essentially what is sometimes called a bargain book shop (new books but everything is for sale at a reduced cover price)…

And I’m rather pleasantly surprised and impressed as the shelves aren’t filled with just the pile ’em high, ship ’em cheap mainstream titles that is sometimes the case, there’s a sense of selection and curation to this particular selection…

…and then, all of a sudden I came across Ghost Box Records.

Well, not strictly speaking the label/project itself but rather a book by Adrian Shaugnessy called Cover Art By: (subtitled New Music Graphics).

And there on the cover, is a prime slice of Ghost Box / Julian House design. 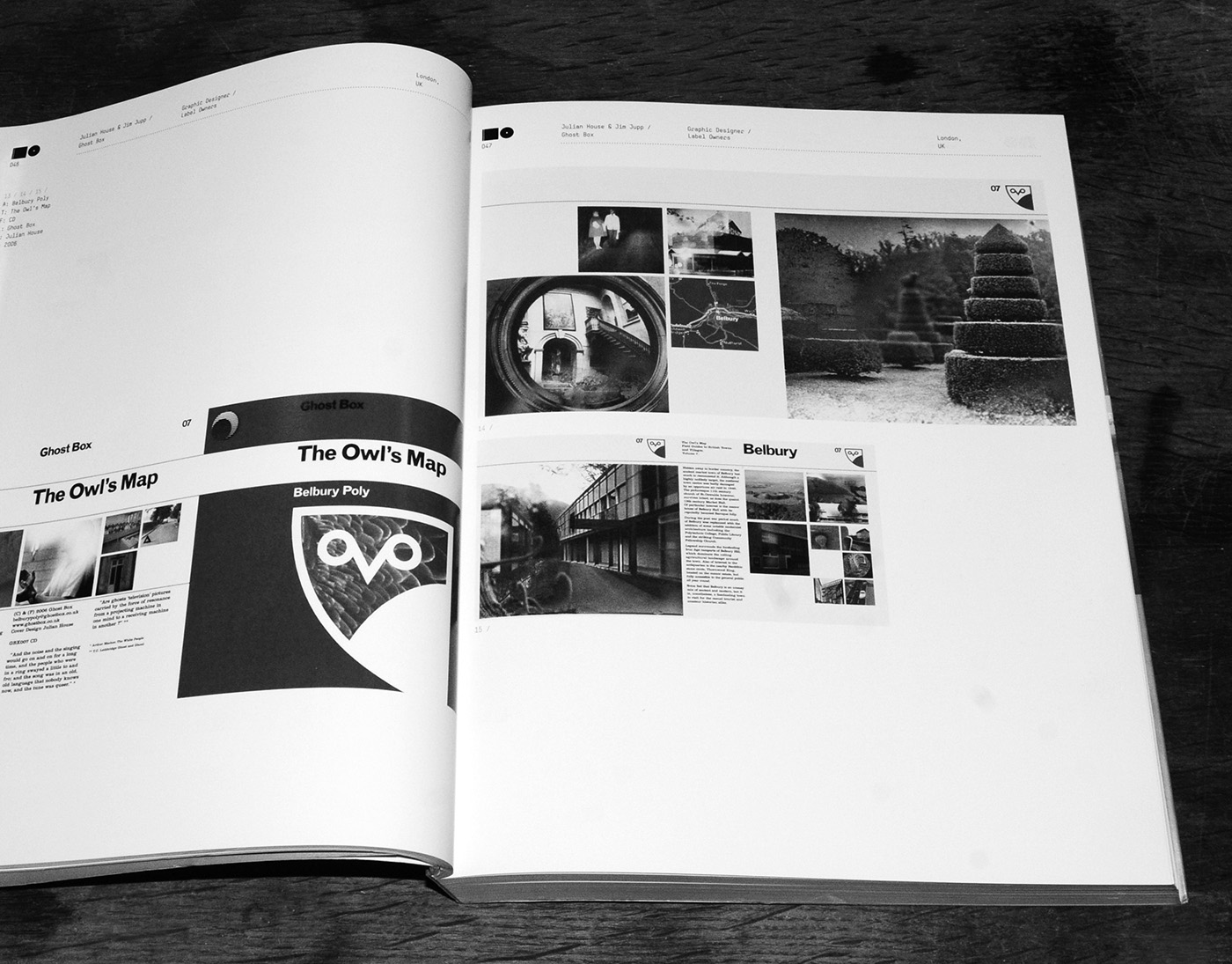 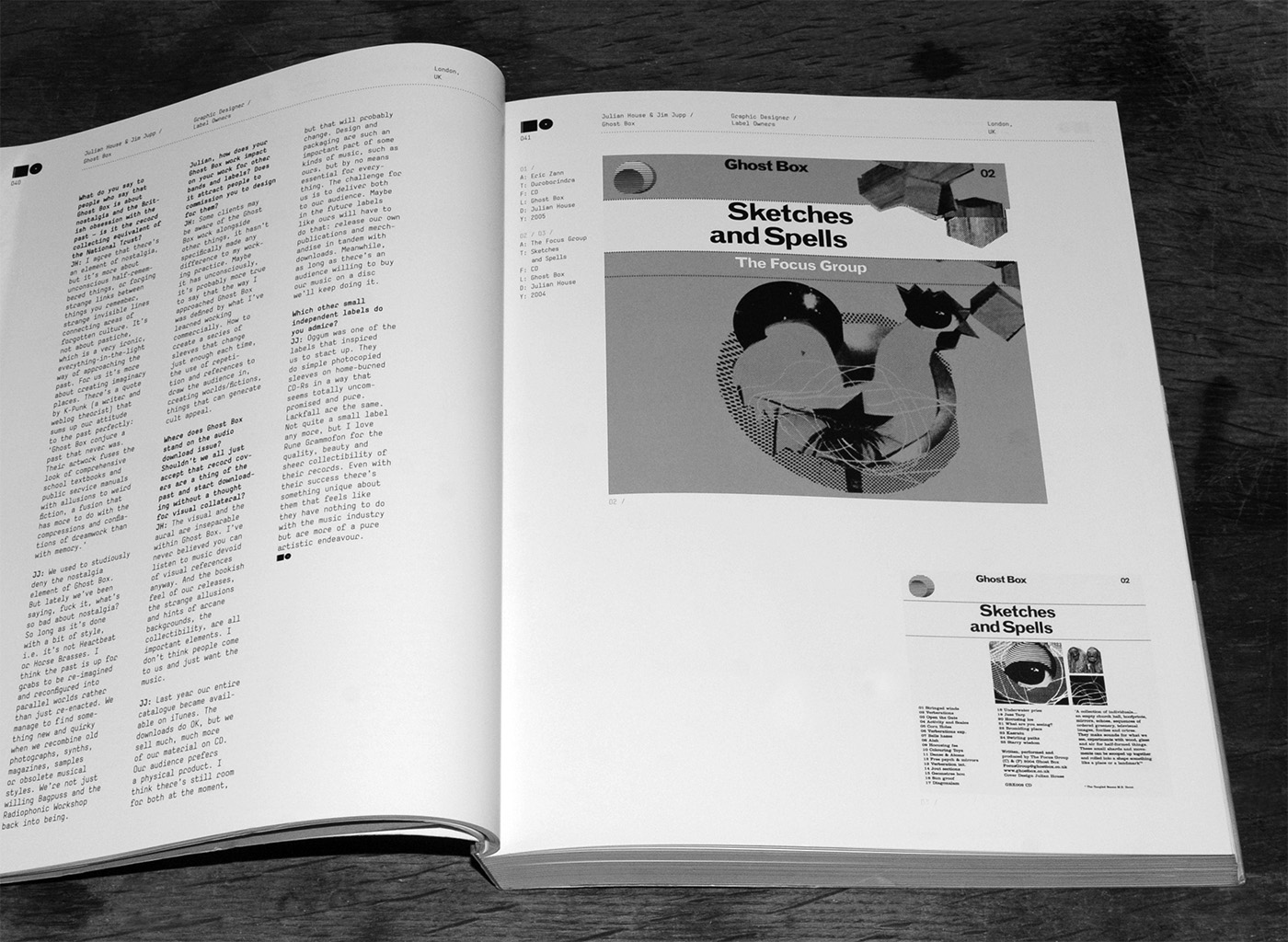 Needless to say, this was in my “shopping basket” as I headed towards the till (read as overfilled arms / staggering with quite a pile of books while I tried to decide which to get).

Anyways, the book is a collection/exploration of the creative/explorative side of music cover art and related record labels, accompanied by interviews with those involved.

(In this sense, it seems like a companion book to sampler2 – art, pop and contemporary graphics, also by Adrian Shaughnessy that I have considered around these parts back when.) 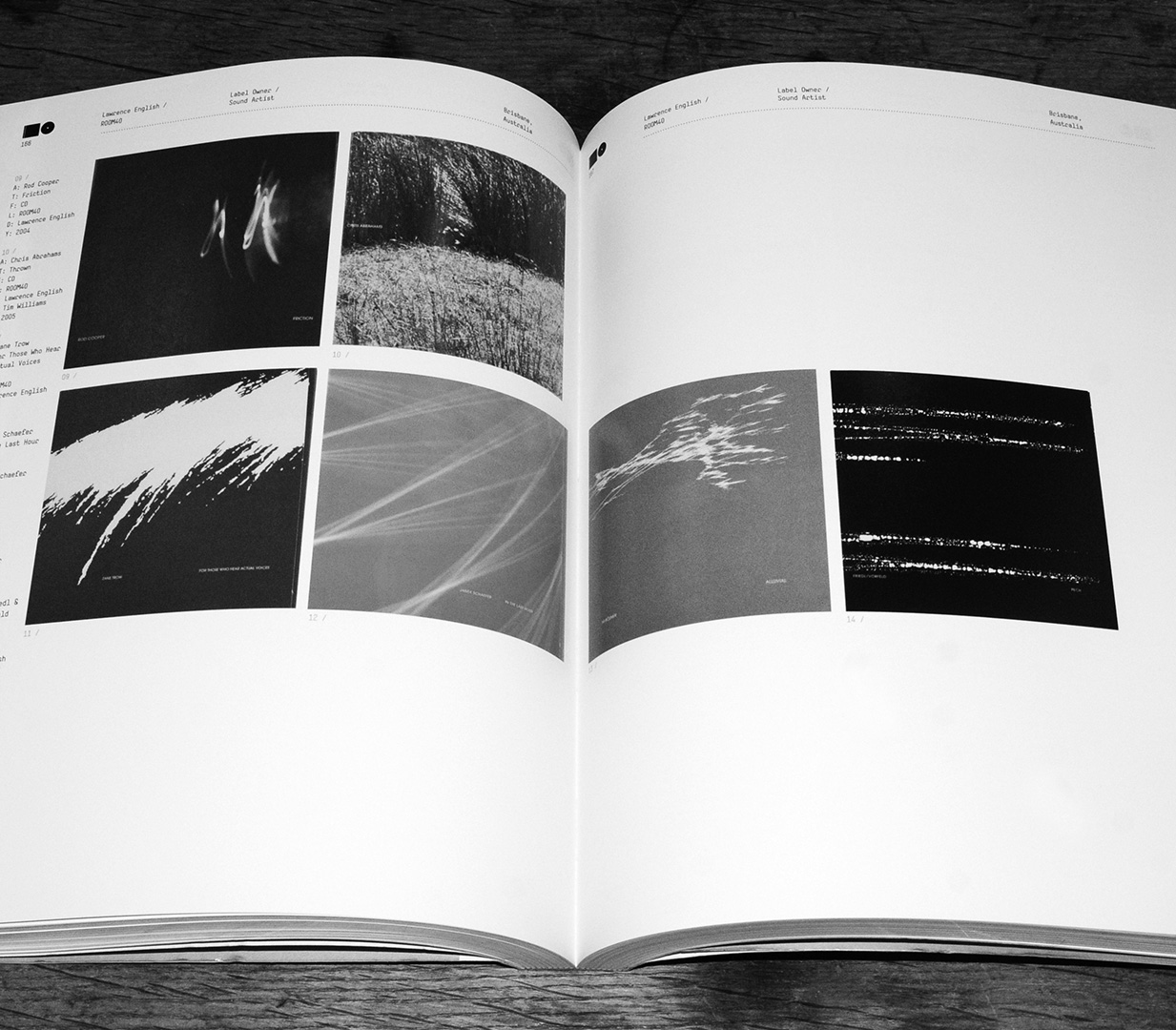 Inside can be found an interview with Misters House and Jupp of Ghost Box Records, which provides a good snapshot of a point in time which from reading I think was when they were beginning to move from their early hand finished/CDr days into becoming more of a conventional released label. 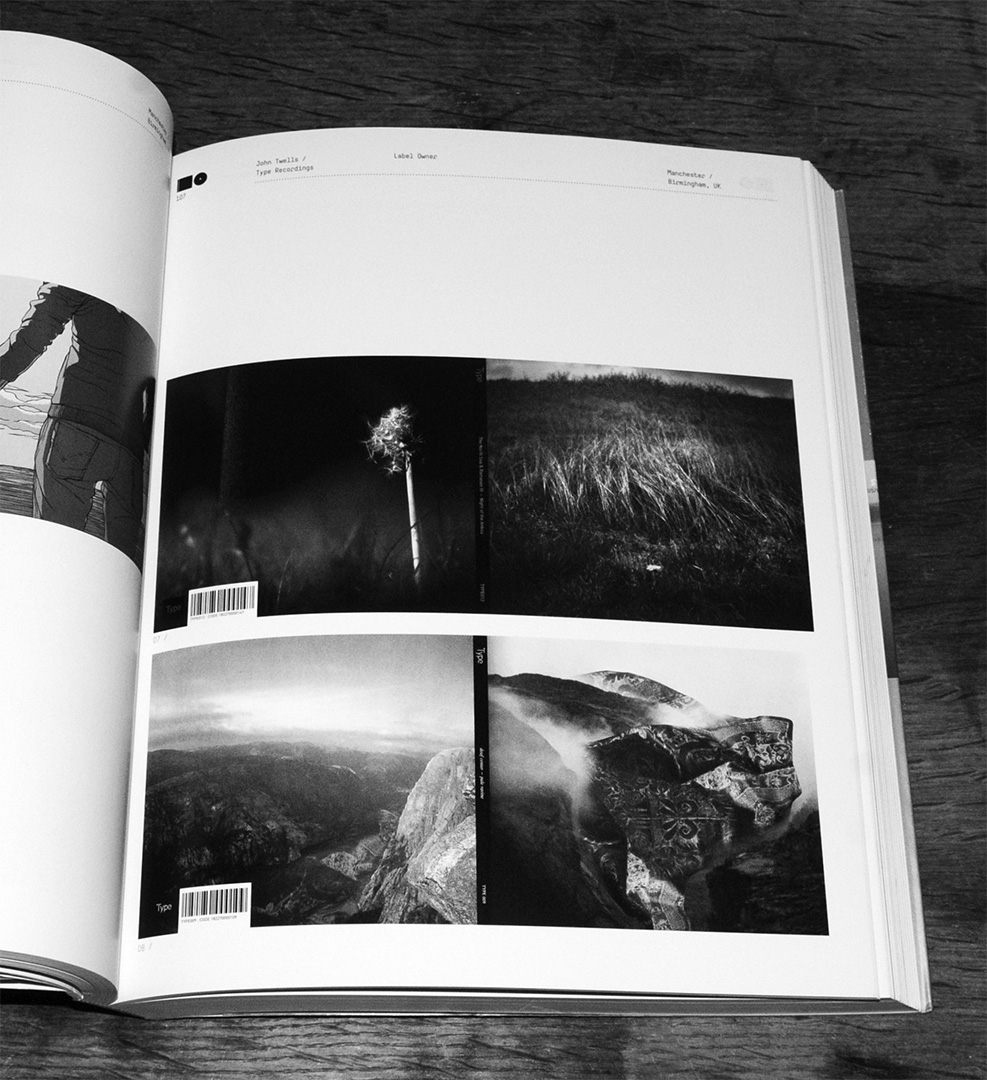 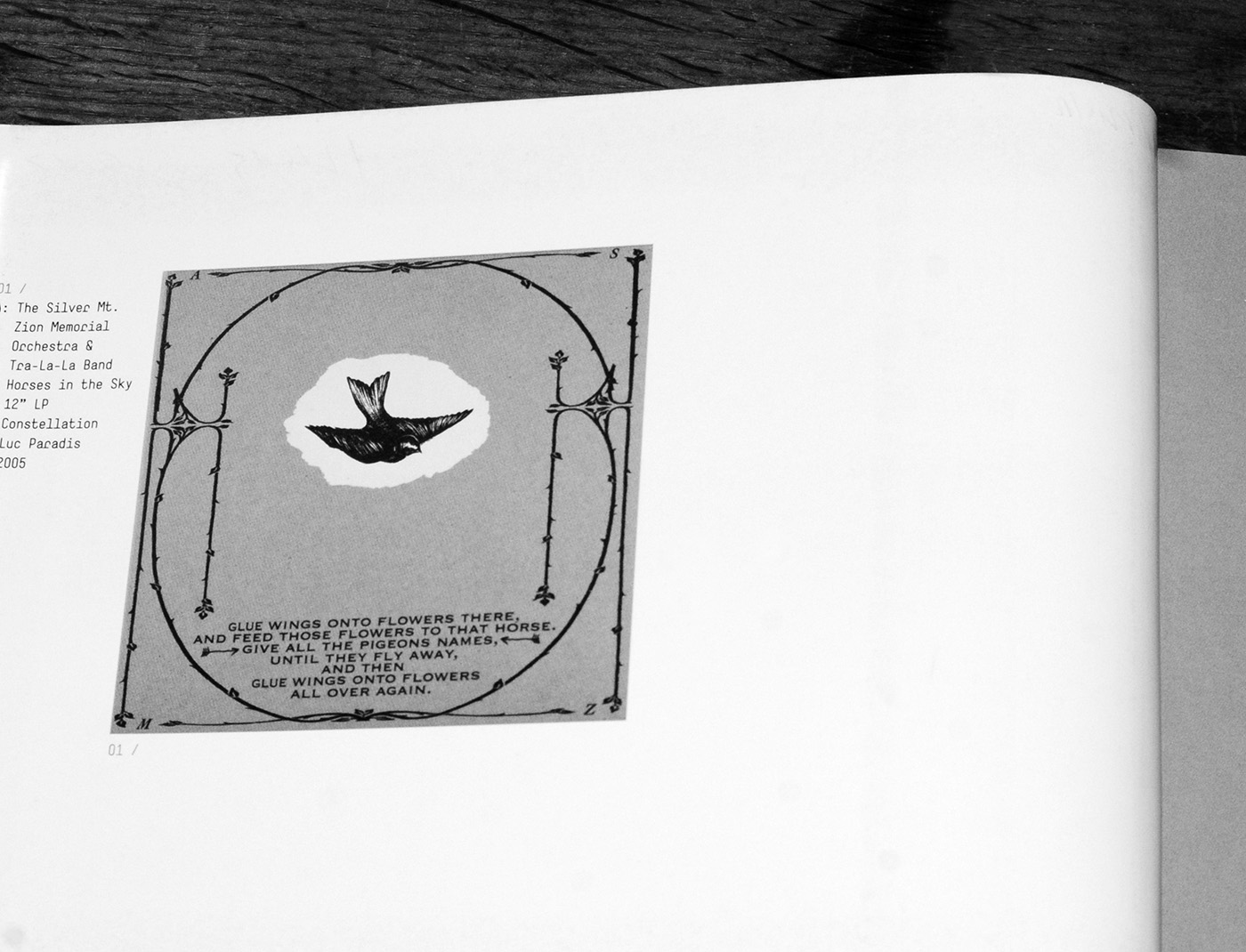 This section made me smile:

Jim Jupp: “We used to studiously deny the nostalgia element of Ghost Box. But lately we’ve been saying, f* it, what’s so bad about nostalgia? So long as it’s done with a bit of style…”

The book itself was published in 2008 by Laurence King Publishing (and is a good snapshot of a particular point in musical and cultural time and accompanying packaging and sleeve design. It’s currently out of print but can be perused here.

Day #59/365: Signals and signposts from and via Mr Julian House