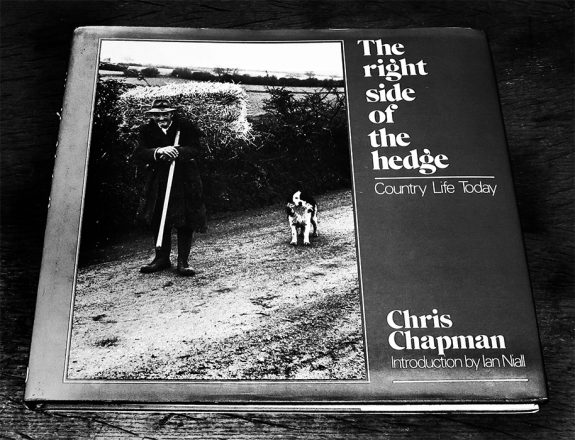 “Well, Mister Someone, these people come down here and take us all to be fools. They come down here to forget what they’ve created elsewhere, and do exactly the same. They keep their money and their fancy ways. I believe I’m living on the right side of the hedge, and no-one can tell me different.” (From the book in question.)

There are a fair few “this is what such and such village used to look and live like” photography books out and about in the world. They’re often rather pleasant but can be, well, a little chocolate-box like.

Now, I don’t mind a bit of chocolate-box-ery here and there but too much sweetmeat makes Jack a dulled boy…

Chris Chapman’s The Right Side Of The Hedge, a 1977 photography book that focuses on life and the landscape of the village of Dartmoor isn’t quite one of such chocolate-box-eries.

Well, not quite one of those at all.

It feels like a capturing of a tipping point in time, a view of ways of living at the point when they were fading, changing and becoming no more. 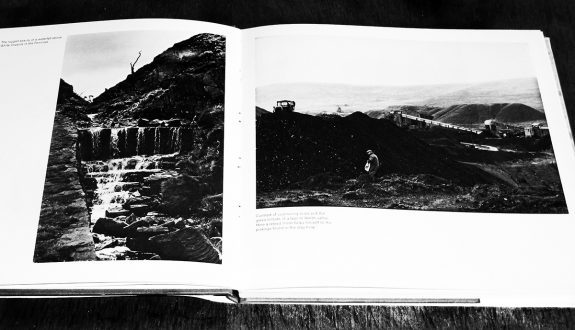 It is nearer to say what has now in part become known as fine-art photography when it interacts with social documentary light-catchery and the book seems to capture some of the grit’n’grime that often seems to be one of the characteristics of the spirit of the 1970s; this is the beauty of the land and rural life put quietly through another filter that makes it seem not quite such a gentle place; slightly raw, with that beauty juxtaposed at times next to an encroaching and imposed industrial marking, activity and scarring.

(As an aside, essentially, what the phrase fine-art photography often seems to signify is work that is not merely straight-forwardly representative/documentary in nature, rather that which reflects a story or set of themes that is told/held by the photographer and/or those in the photographs. Oh that and the possibility of being able to add a few zeros worth of pounds, shillings, pence and possible career prospects to the resulting shutterbugging.)

Although not as overtly gritty, The Right Side Of The Hedge puts me in mind of Chris Killip’s black and white In Flagrante work that recorded a tipping point of a society decimated by the fancy ways and thinkings of those from elsewhere or possibly early work by Paul Graham’s along the line of A1 – The Great North Road and even a touch of further desolations in the likes of Beyond Caring.

Well, maybe that’s stepping a little too much towards the grittier side of things. Maybe the respectful documentarisms of Tony Ray-Jones with a dash of John Bulmer’s in-amongst-the-people Northern-eye and a touch or two of Homer Sykes recording of rituals…

Anyways, as I in part previously mentioned there’s a slightly raw, unaffected, honest edge to the photographs in The Right Side Of The Hedge but what caught my eye in particular were two photographs. 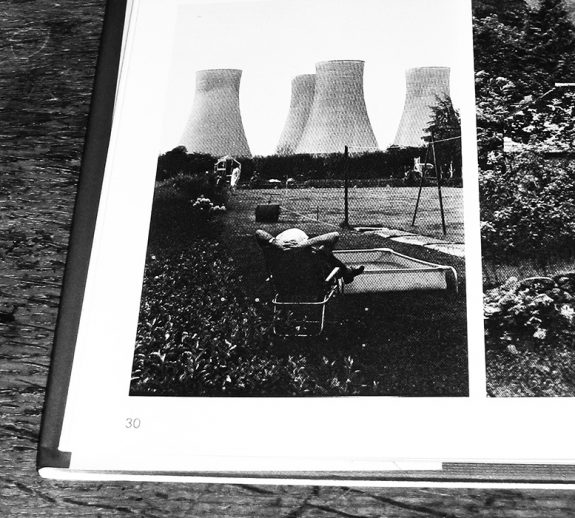 One is of a chap relaxing in his back garden whatever the weather or view – and well, to not beat about the bush that view is the somewhat brutalist architecture of a set of cooling towers at the bottom of his hedgerow.

It just seems terribly British, a reflection and summing up of a certain spirit, of a time that nolonger is but again not in a chocolate-box, imagined-but-never-quite-was, rural-idyll manner.

(As an aside – although not as heebie jeebie inducing, it put me in mind of Derek Jarman’s Prospect Cottage built on the shingles and reflection of a fundamental-building-block splitting power station.)

And talking of times and ways that nolonger are… 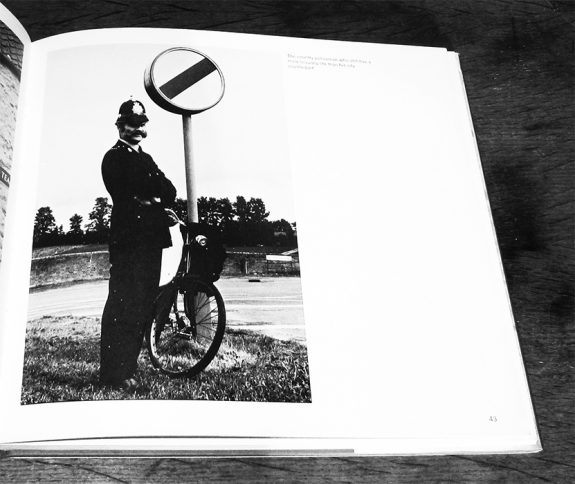 The other photograph that I was particularly drawn to was of the grandly moustached officer of the law stood (proudly?) next to his bicycle on a country road.

This mildly blows my mind. I can’t quite compute a world where this was a normal, day-to-day appearance. It’s something about the moustache, the iconography of the uniform and its silhouette, the terribly-British-ness of such gents on bicycles and a for some reason hauntology inducing road sign.

Perhaps in part it is the accompanying text: “The country policeman who still has a more leisurely life than his city counterpart”; which could well belong to a slightly off-kilter re-imagining of a 1970s Ladybird / I-Spy book and in conjunction with the photograph for me has a rather quietly unsettling effect for a reason that I’m not quite sure of:

“Why does he have a quieter life? What’s actually going on around those parts?”

Visit Mr Chapman in the ether here. As is often the way today, the book itself can be peused and purchased for what I expect is less than the price of the stamps and cardboard it may be sent to you via/in here.

Intertwined pathways around these parts: Day #111/365: Ms Jean Ritchie’s Field Trip-England and recordings from the end of an era…