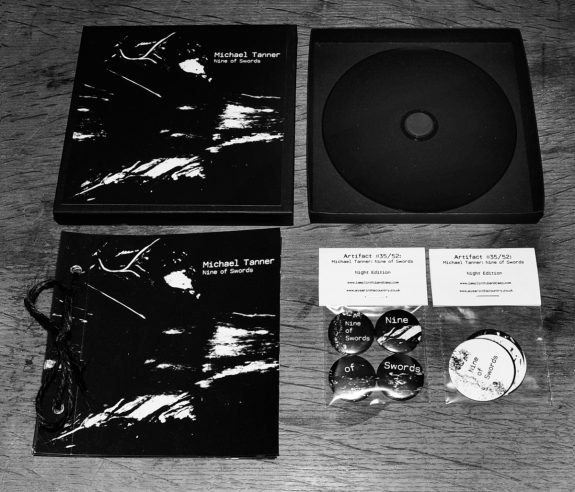 Audiological exploration excerpt #1 by Michael Tanner from the album Nine of Swords.

This was the third album released in our first spin-around-the-sun and was created via a process whereby nine tarot cards were allocated to nine sonorous, percussive instruments and played in the order of their drawing from the deck. 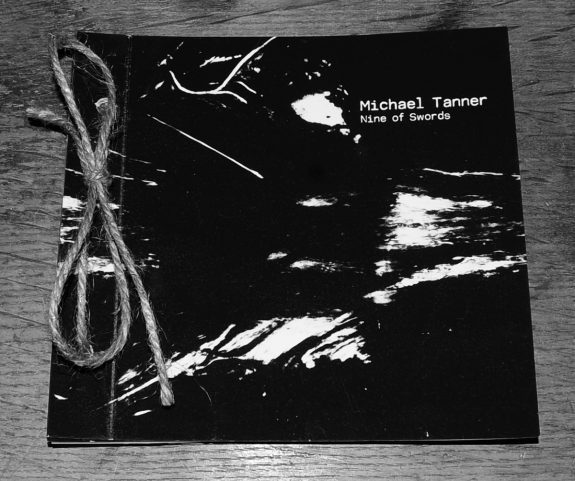 This is a 54 minute or so journey for which sonorous is particularly apt word; it is immersive and enveloping, while at the same time it seems to hint at a quietly shimmering darkness just on the edge of things – restful, drifting and yet…

New age might also be an appropriate signpost but probably nearer in spirit to say the expoloratory / experimental work which could be found on Light In The Attic’s I Am The Centre: Private Issue New Age Music In America 1950-1990 than the more obvious tropes of such things. 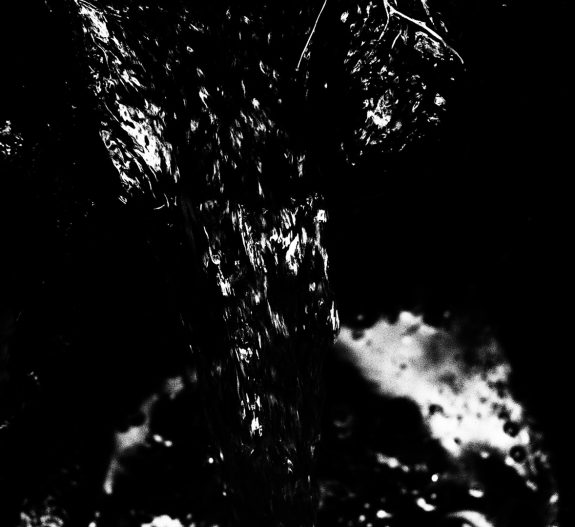 I think now would be a good point to hand over to the Nine of Swords related scribings by Grey Malkin at The Active Listener:

“This is an album to focus on and to pay attention to, perhaps an album for late nights or early mornings; there is something contemplative at heart here, this music invites reflection. The glistening of the water bowls merges into the gentle waves of temple bells, at times creating a solid, reverberating mass whilst at others a more distant echo. There is great beauty in this recording, nothing is rushed and the sound is crystalline and pure. The world outside seems to grow quieter around the music, as if in step. This is not easy listening however, but a demanding and focused album which commands your complete attention.” 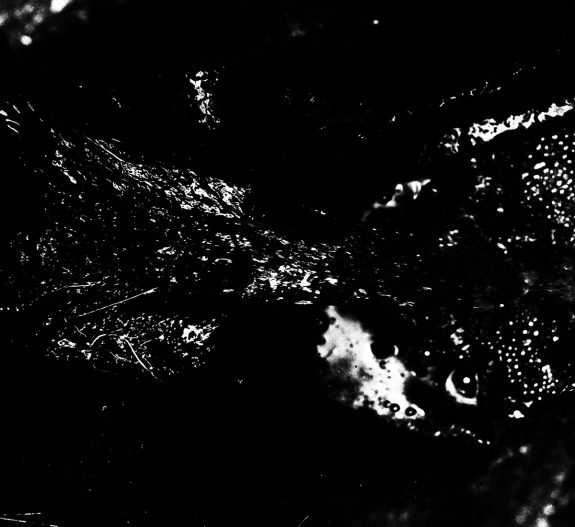 Considerations of Nine of Swords at Music Won’t Save You here:
“…ghostly sounds that evoke the English tradition… imbued with dark magic…” (translation courtesy of ether auto).

Earlier considerations of Mr Tanner’s early work around these parts:
Day #120/365: Plinth’s Wintersongs
…and to quote myself about such things, this “…could be loosely described as a kind of folkloric or pastorally themed ambient or even soundscape album but I don’t think it’s an easy piece of work to pigeonhole in such a way…

“…in parts it may be a journey through a certain kind of pastoral reverie there is also something else going on amongst the hills and trees. There’s heartbreak in the pathways of it’s songs at points; Hearth makes my mind wander towards losses along the byways of life…”

A previous Nine of Swords revisiting around these parts:
Day #350/365: Audiological Reflections and Pathways #3; A balm to contemporary intensity of input…
(Wherein I may well visit the aforementioned I Am The Centre and indeed wandered-from-the-centre new age work.)