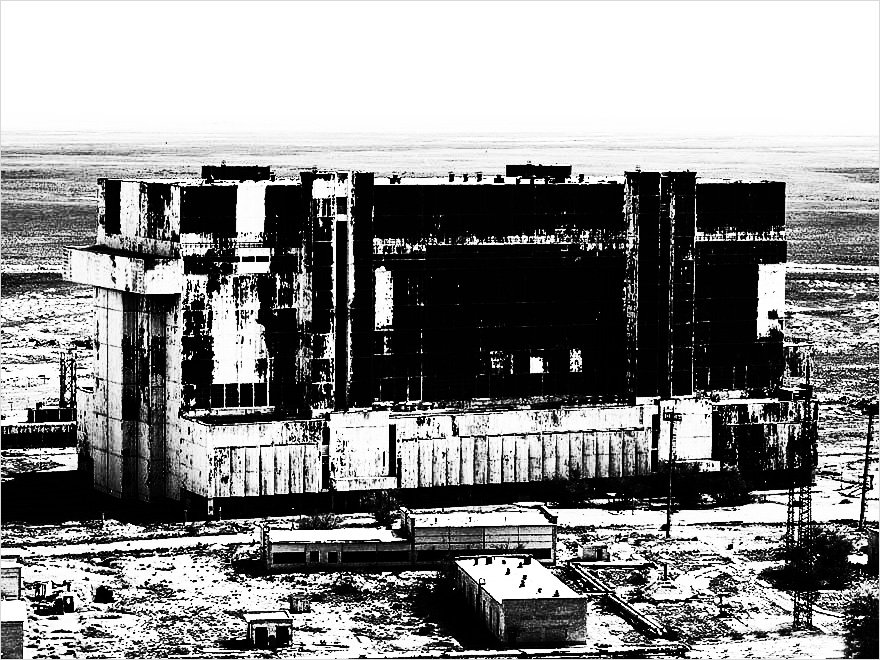 A while ago I came across Ralph Mireb’s photographs of an abandoned Soviet era space shuttles and related infrastructure. 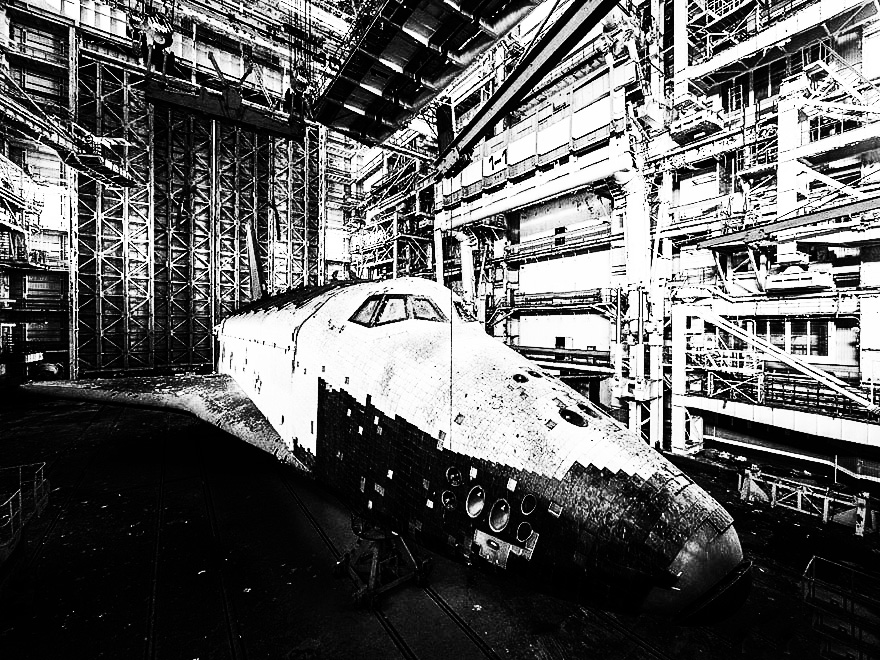 Even in amongst the many thousands or more photographs of abandoned and derelict projects, buildings, industry etc that can be found online, these still stand out. 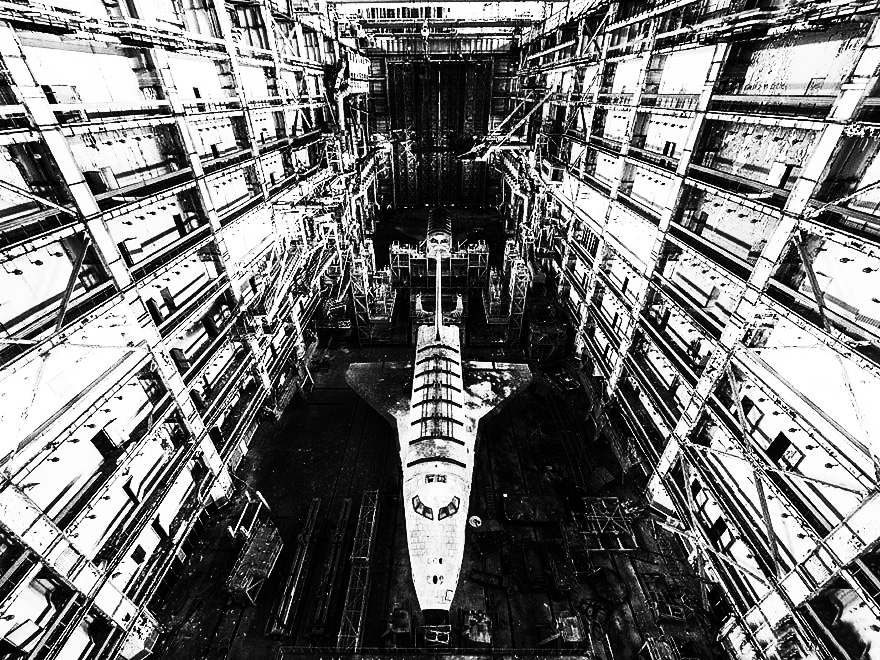 They bring to mind a very modern take or attempt at space travel, to seem to belong nearer to a modern day convenience or consumer take on space exploration than the more imperialistic seeming golden age of space travel traditional rocket designs. 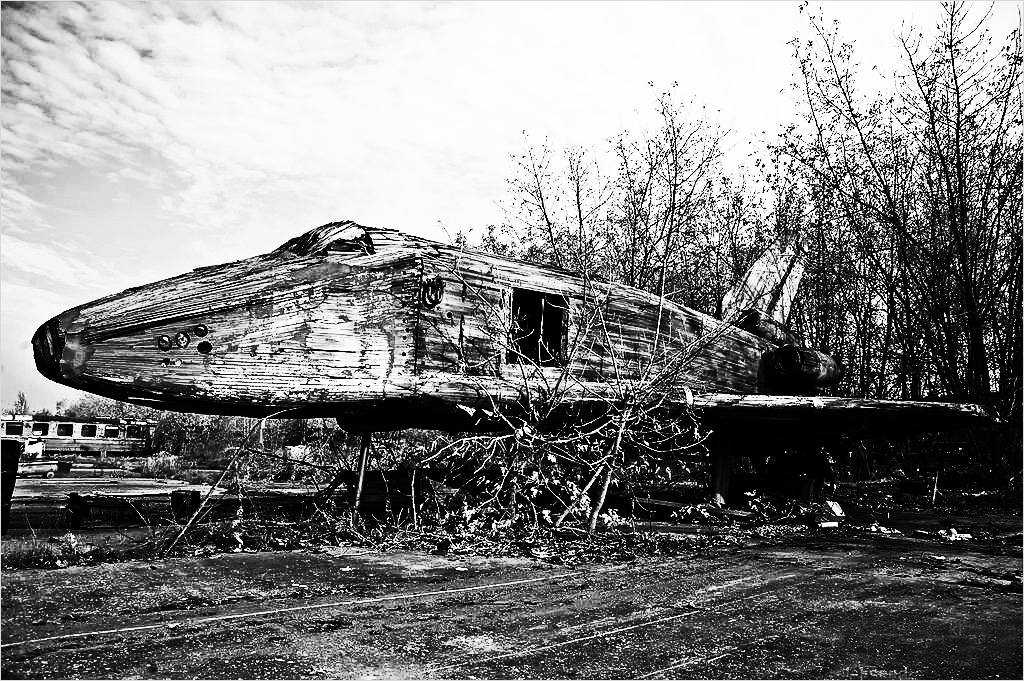 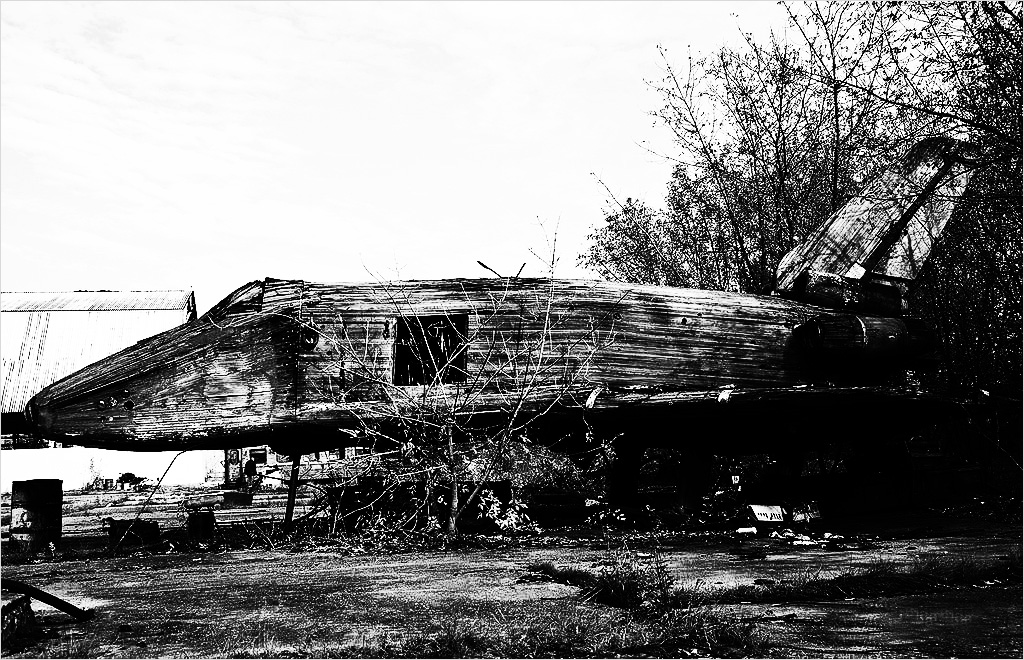 The wooden wind tunnel model is particularly eye and mind catching – putting me in mind of something nearer to a folk art project than an institutionally/nationally funded attempt at space exploration.

One of the things that strikes me when looking at such projects is the scale of the infrastructure and buildings that surround them – it beggars belief almost, even more so when you think that they have been abandoned after such a huge amount of work and effort went into creating them.

When I was wandering amongst those photographs, as is often the way, I found myself taking a few other routes and diversions and soon came out in another cul-de-sac that could well be called “The Shape of the Future’s Past”…

In particular the Aérotrain prototypes such as the one above, which were a form of hover/maglev transport that at one point was being developed in France.

These are from 1977 but seem to belong more to some midcentury modern, atomic age take on how the future was to be. 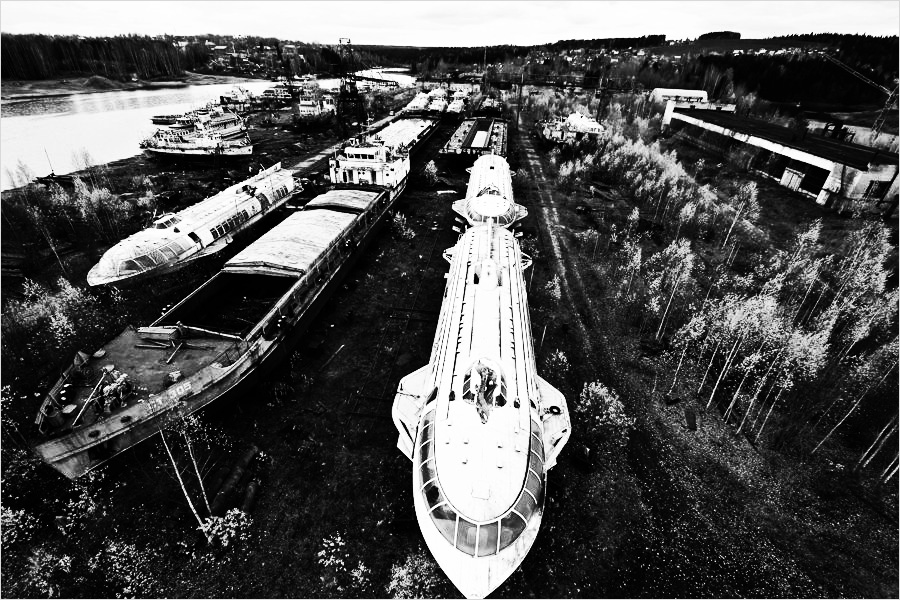 And then there are the abandoned Soviet era hydrofoils, made from the mid-1950s to mid-1970s; there’s a bravery, an optimism, a genuine progressive modernism, a venturing and adventuring onwards and outwards to designs like these that seems to have been lost somewhere along the way, surrendered to a more day-to-day practicality in design.

They seem nearer to something that you would see in say a science fiction series such as Space 1999, to belong to the realms of imagination rather than actual working transportation vehicles.

Intertwined wanderings around these parts:
Day #229/365: A Bear’s Ghosts…