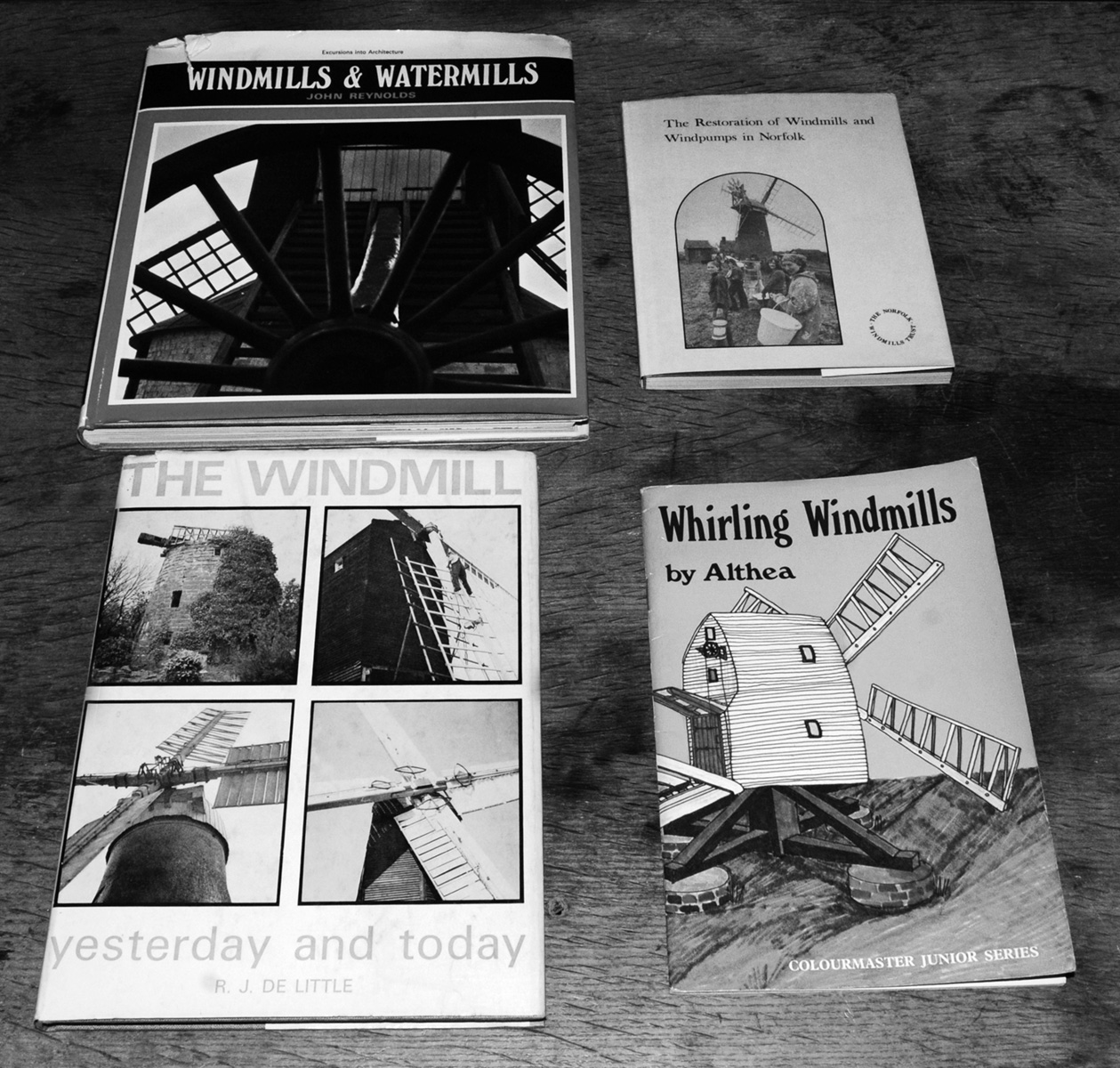 I recently mentioned about being drawn to certain books, sometimes when wandering the aisles and shelves of second hand bookshops, which “…often seem to be from the 1970s and capture a particular kind of mood, that have a quietly haunted atmosphere, a certain kind of dour British representation of the landscape and which with the passing of time they seem to have come to contain within them an often quite subtle left-of-centre sense of the land, its layers, marks and spirit.“

And I suppose the books featured here may well in part belong to such an area.

Or possibly, if “Often Slightly Dour 1970s Books On Windmills That Have Subtley Gained A Layer Or Two Of Extra Resonance With The Passing Of Time” was a quite long book genre, they might belong there.

(Although strictly speaking, they came from a whole shelf of books marked “Watermills and Windmills”). 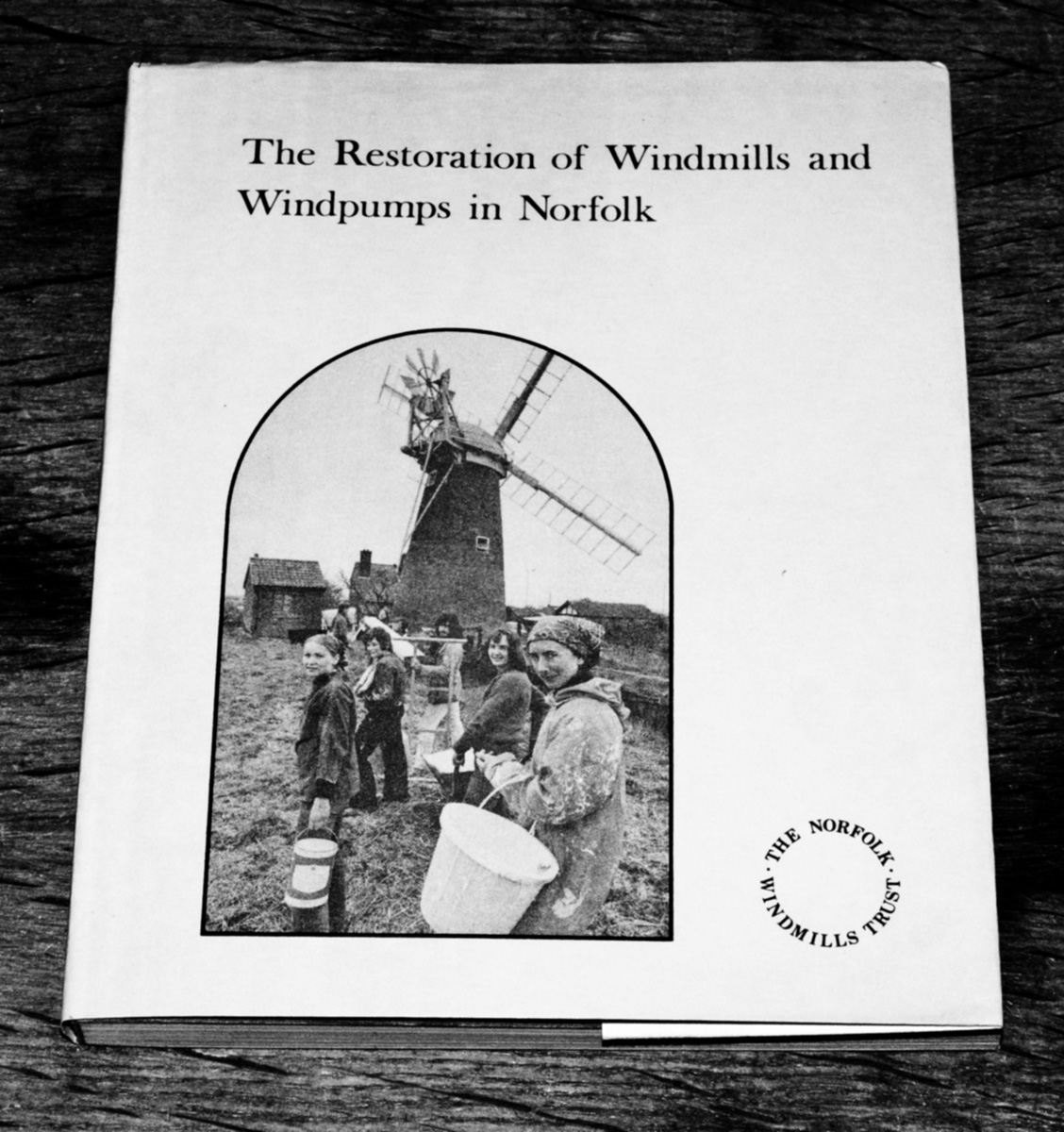 I can’t remember the last time I saw a windmill out in the actual, real world. Maybe these books were all published in the 1970s because that was a time before windmills finally gave up the ghost, collapsed or were just cleared away.

So, anyway, if you were to do an image search for something like “people drawn to an imagined past idyll, folk culture, folk rock and repairing windmills in the 1970s”, I expect the cover of The Restoration of Windmills And Windpumps in Norfolk from 1977 may well come up. 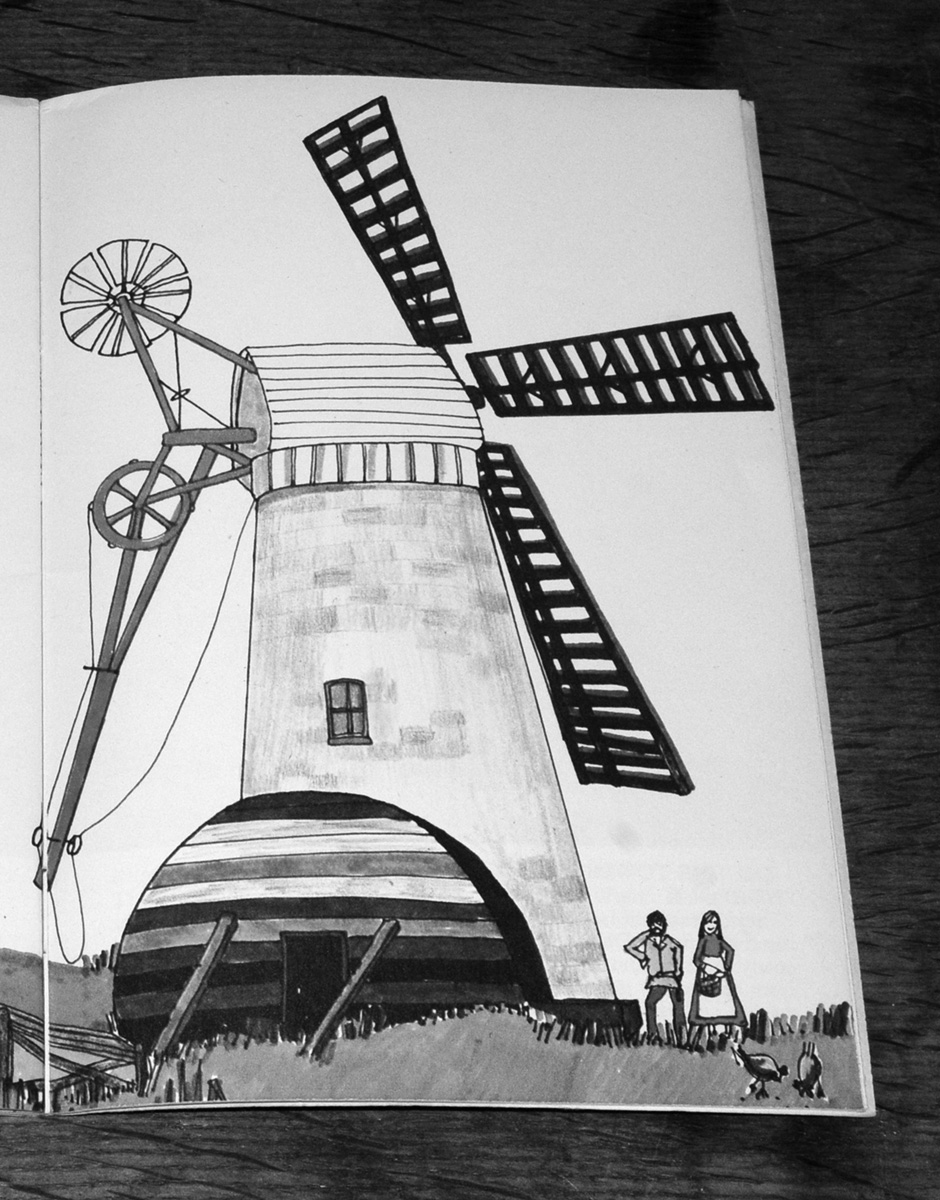 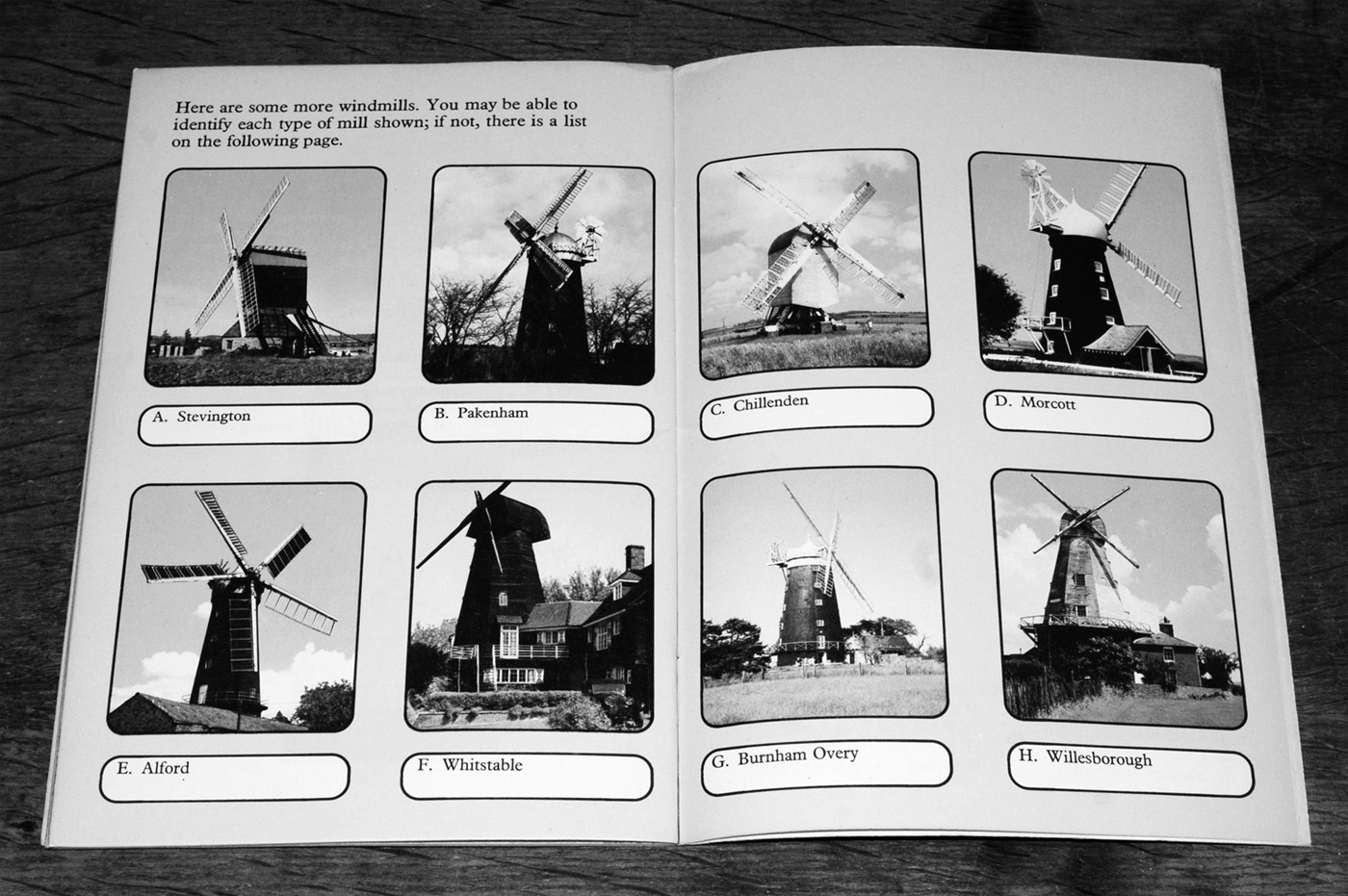 And then we have Whirling Windmills by Althea from 1972, which is listed as being part of the Colourmaster Junior Series and although it’s a fair few years since I’ve seen one, I imagine that if the I-Spy series of books were given a more hand drawn, bucolic makeover then they might well look like this.

One of my favourite pages is this windmill illustration, which I tend to think of as a prototype for say a Maddy Prior and Tim Hart album cover, around the Folk Songs Of Olde England period and featuring at its heart a yearning for a return to that just mentioned folk-ish imagined idyll.

And the quiz spread, which in particular made me think of something like I-Spy. 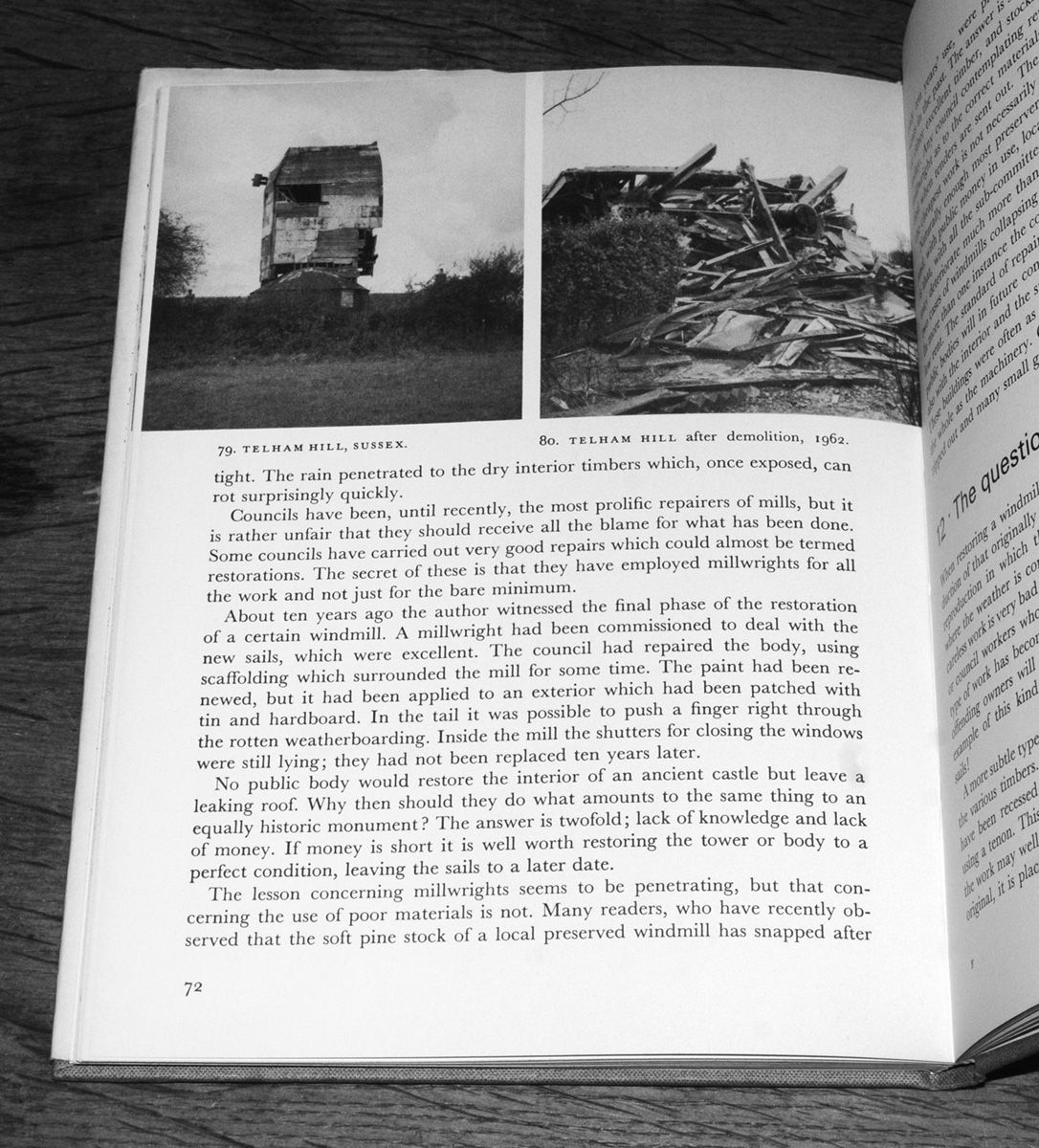 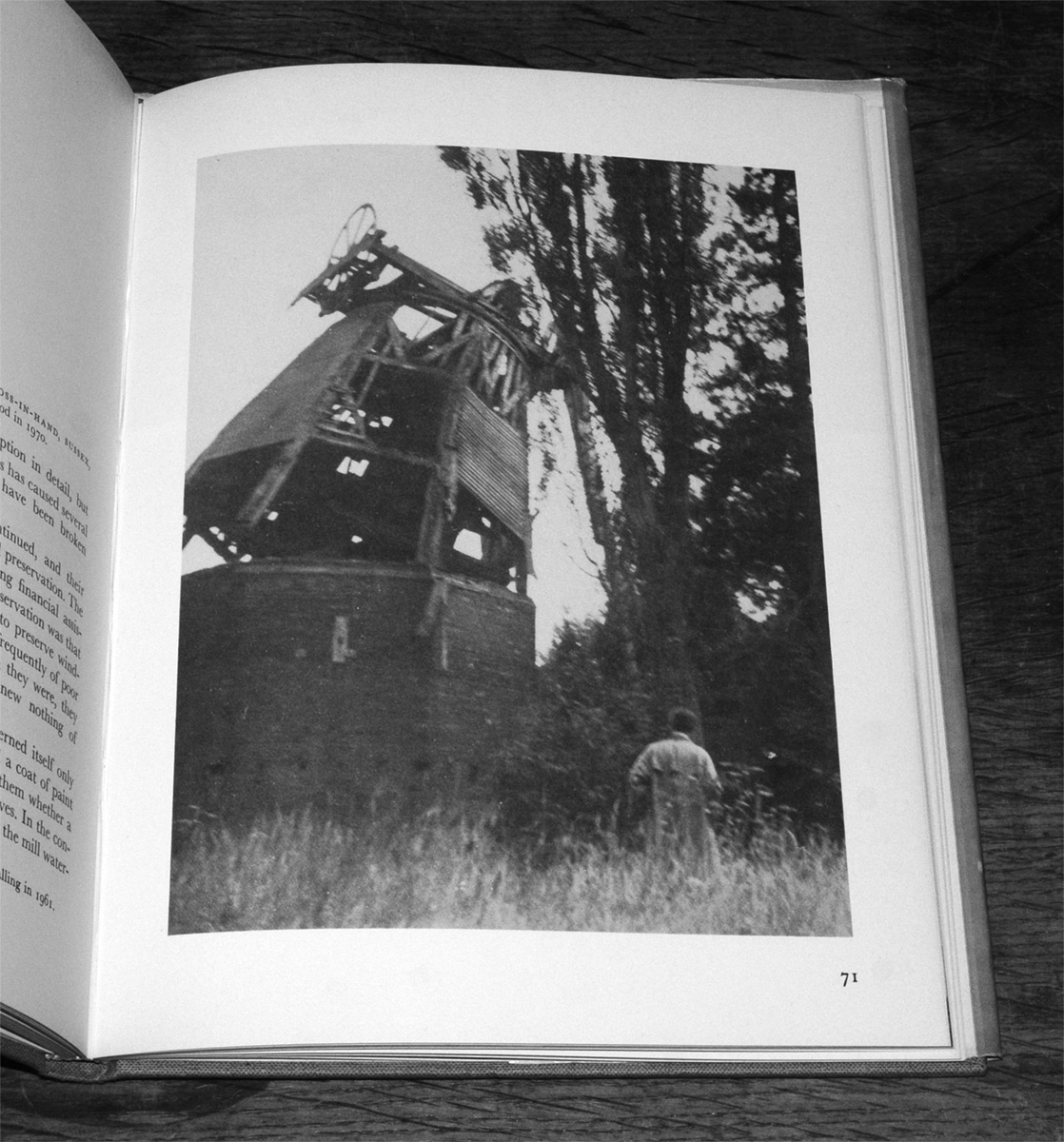 And then we have The Windmill – Yesterday And Today by R.J. De Little, again from 1972.

Of these books, this is the one that most directly connects with that particular left-of-centre, quietly dour atmosphere and it put me in mind of something like Monumental Follies that I have visited a time or two around these parts.

It seems to particularly focus on/capture a sense of windmills and neglected, tumbling relics from another era. 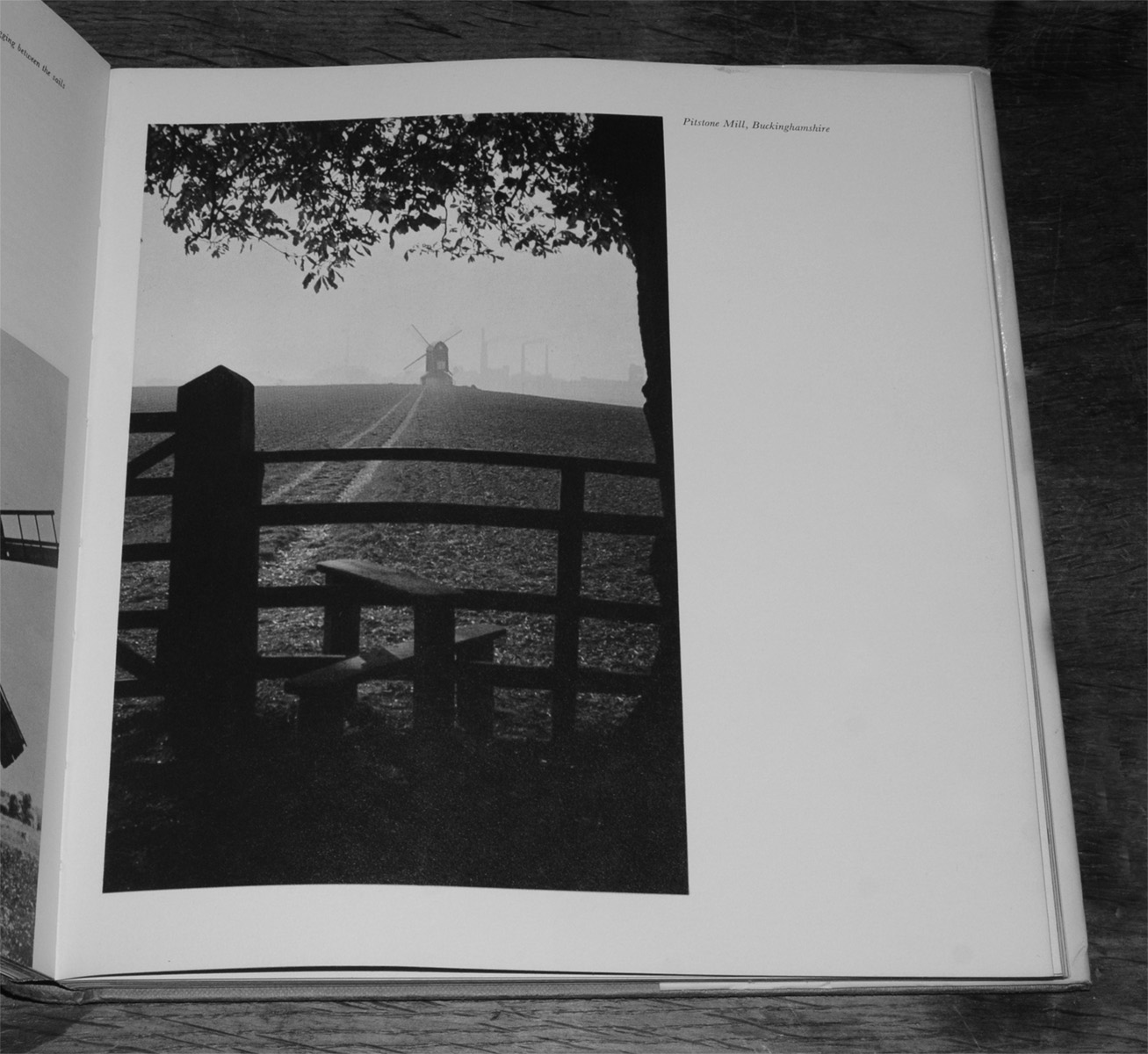 And finally Windmills and Watermills by John Reynolds, from 1970, which seems to have a slightly more upbeat take on things, a few less crumbling structures in its pages but this photograph I rather liked in a layering of the past and present manner.

Intertwined wanderings around these parts:
Day #157/365: The Dalesman’s Litany; a yearning for imaginative idylls and a counterpart to tales of hellish mills

Week #5/52: The Right Side Of The Hedge – gardens where (should we?) feel secure and velocipede enhanced long arms…

Week #50/52: Monumental Follies – An Exposition On The Eccentric Edifices Of Britain (to give the book its full title)

Elsewhere in the ether:
Peruse via: The Restorations of Windmills and Windpumps in Norfolk. Whirling Windmills. The Windmill Yesterday And Today. Windmills & Watermills.