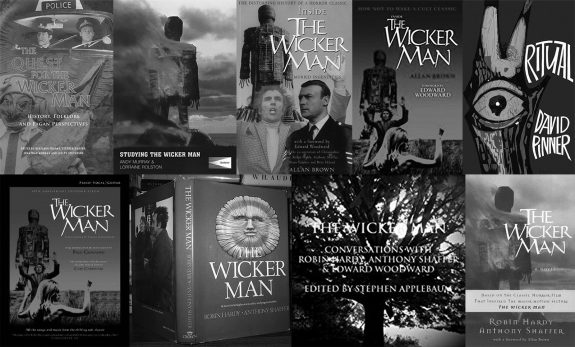 A fair old while ago, back in the first year of A Year In The Country one of the posts included a consideration of various DVD etc editions of The Wicker Man.

In a similar spirit, I thought I would bring together a gathering of some of the various Wicker Man related books that have been published…

…there have now been enough to warrant their own section within a library.

There are other related books and editions out in the world as well as the ones below but that library section could well include:

…so, all in all, there have been a fair few Summer Isle related books and bindings (and as mentioned earlier, the above is not a complete list of books and editions)… something of a measure of just how it’s influence and inspiration has grown over the years…

…and somewhat impressive for a film that took $58,341 in US box office receipts on it’s first release.

So, no small potatoes (or other appropriate harvest crops). 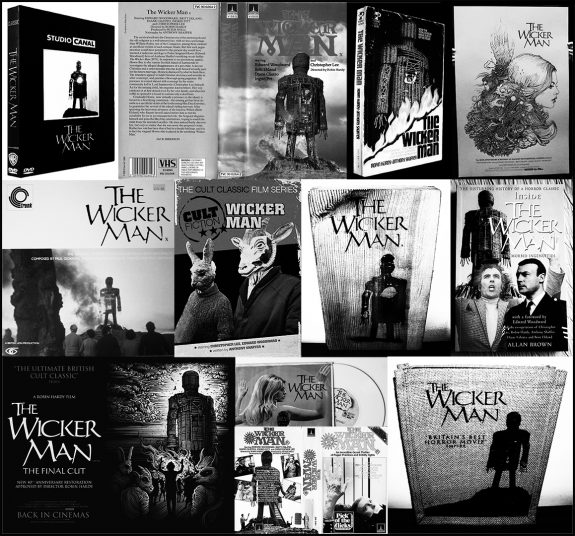 Local Places Of Interest:
Day #237/365: Your Face Here; peering down into the landfill – a now historical perspective on the stories of The Wicker Man
Day #90/365: The Wickerman – the future lost vessels and artifacts of modern folklore
Day #101/365: Gently Johnny, Sproatly Smith, The Woodbine & Ivy band and lilting intentions…
Week #25/52: Fractures Signals #4; A Behemoth Comes Once More A Knocking…
Ether Signposts #24/52a: The Wicker Man / Don’t Look Now Double Bill And Media Disseminations From What Now Seem A Long Long Time Ago
Ether Signposts #25/52a: 138 Layers And Gatherings Of The Wicker Man