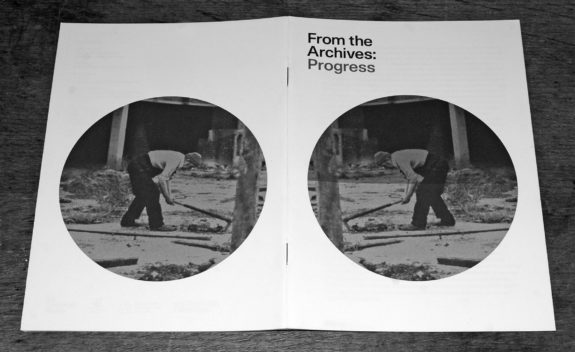 The Modernist is a cultural group which publishes a magazine, one-off publications, produces merchandise, hosts events and has a gallery and is dedicated to an appreciation of 20th century modernist architecture and design.

If you find a certain romance in sometimes unloved, neglected or lost Brutalist architecture and/or are drawn to a hauntological sense of modernist architecture representing lost progressive futures then you will find much to appreciate amongst their publications etc. Be warned though, although a number of their items are priced at accessibly low almost pocket-money friendly prices, The Modernist has something of a prolific output and an extensive back catalogue, so investigating and collecting may well still eventually diminish said pocket-money a fair bit (!)

A couple of their publications which recently caught my eye are From the Archives: Progress, which features the demolition of buildings in Manchester and reproduces rarely seen images from Manchester’s Chethams Library collection and The Last Days of the Coventry Evening Telegraph Building, which is is a photographic document of an unoccupied newspaper’s building. 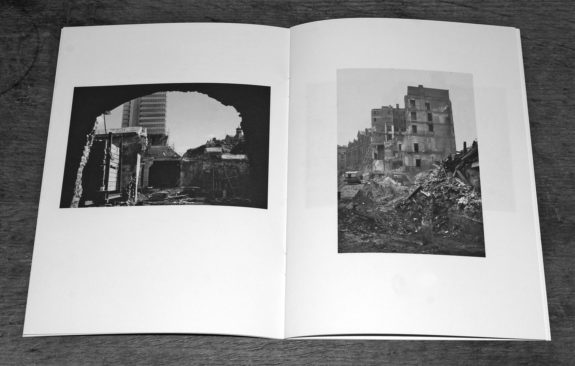 It is a strange thing to see the buildings in From the Archives: Progress reduced to rubble and their constituent parts and whatever the reasoning behind it being carried out it seems like something of a squandering of the industry, effort and materials that went into building them. 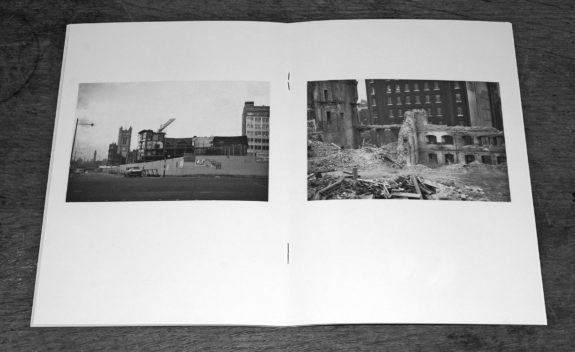 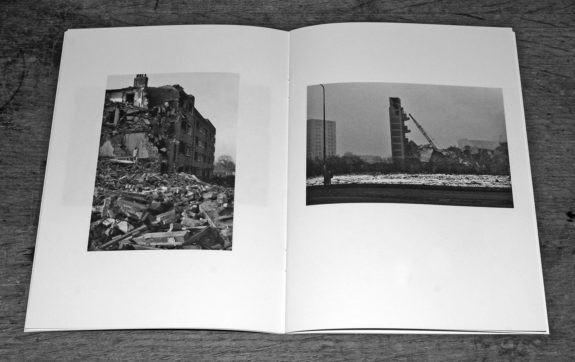 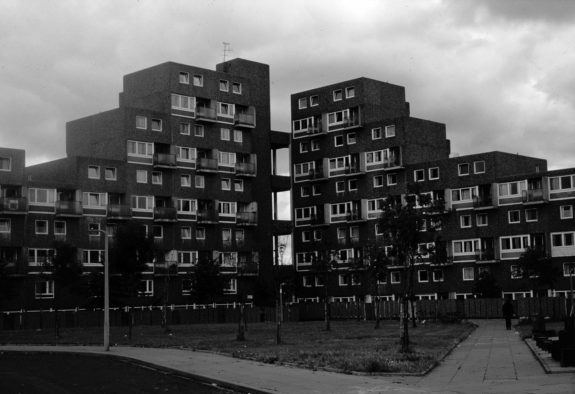 From the Archives: Progress is one of a set of six photobooks / photozines which feature images from the Chethams Library archive. The striking image above is from the Housing edition and the flats seem both almost flamboyantly Brutalist and prosaically utilitarian. 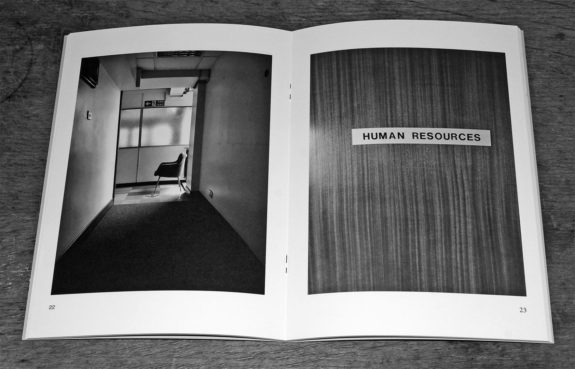 The images in The Last Days of the Coventry Evening Telegraph Building have a Marie Celeste-like quality to them. The building, its contents and production machinery often appear to have just been left more or less exactly as they were when it was still in use and decorative items, a small portable radio and material for the paper’s layout and so on are still sat where they were left. 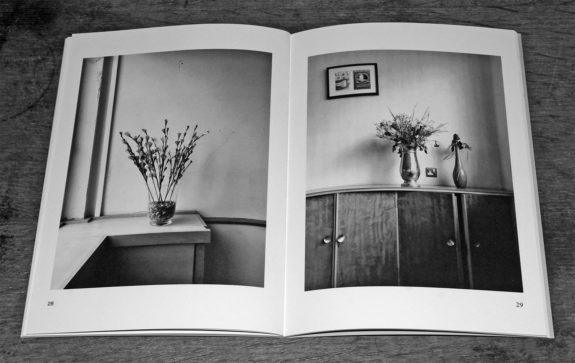 There’s a gently ghost-like, waiting quality to the images and the building, as though it is still hopeful that its previous occupants will return and that the printing presses will once again spring into life.

As is said on The Modernist’s website, it “is a visual tour through a bygone age of print journalism” and although the building didn’t become vacant until 2012 there is something decidedly pre-digital age about the building’s interior and some of the design materials that have left behind, such as a printed photographic image and a brush to remove the dust from it, which presumedly was going to be used in the newspaper. Viewed today there is a sense in the photographs of harking back to the utilitarian aesthetics of a previous era’s production and design, more 1970s / early 1980s than post-Millennium. 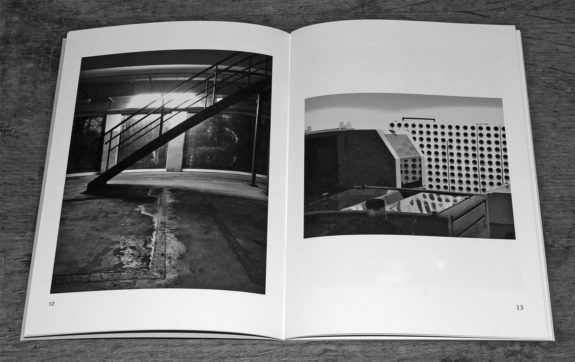