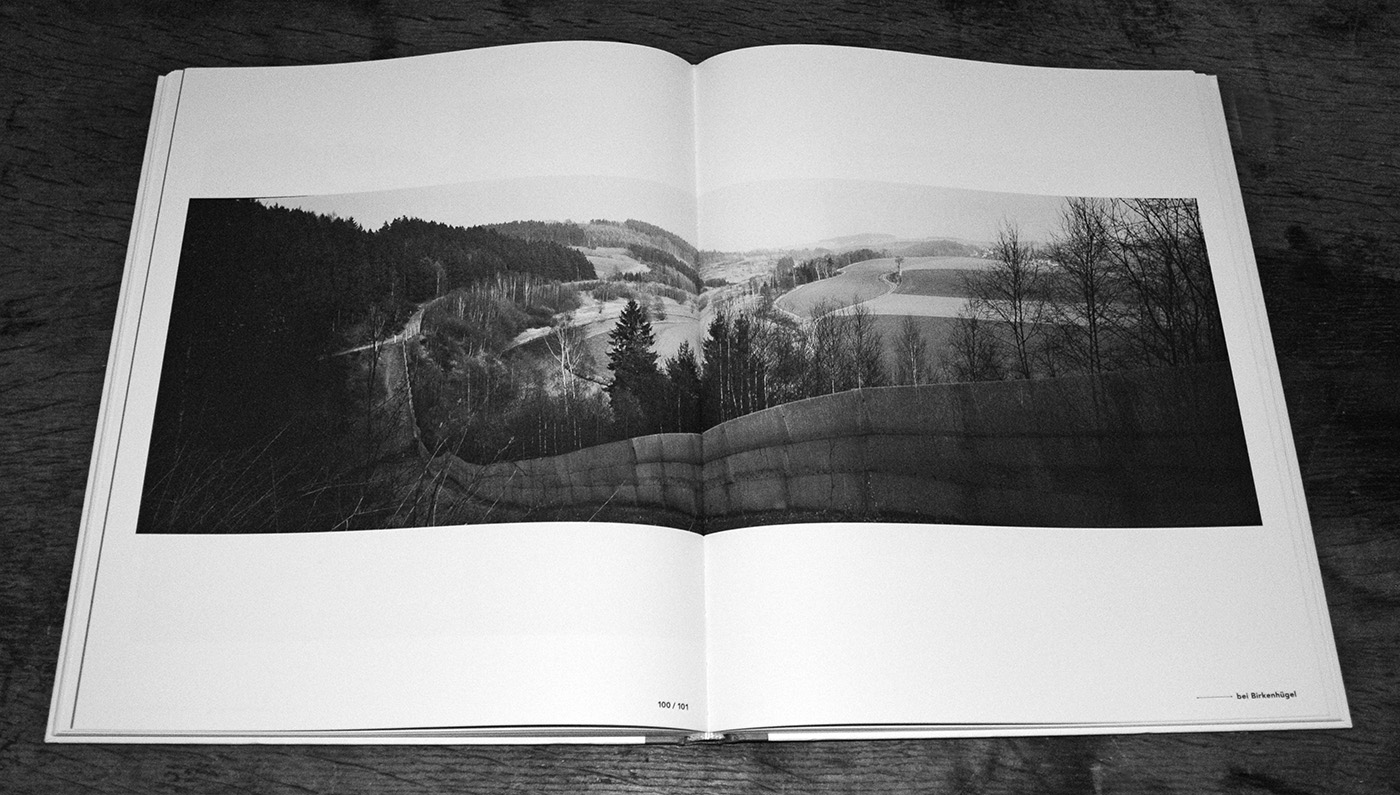 I suppose if you take the phrase edgelands as in part referring to transitional areas, often where industry/man made areas meet the countryside, then the book Grenzfalle / Falling Barriers could be seen as a document of a type of edgelands…

…but, well this is an edgelands with a particular brutal, brutalist architecture. 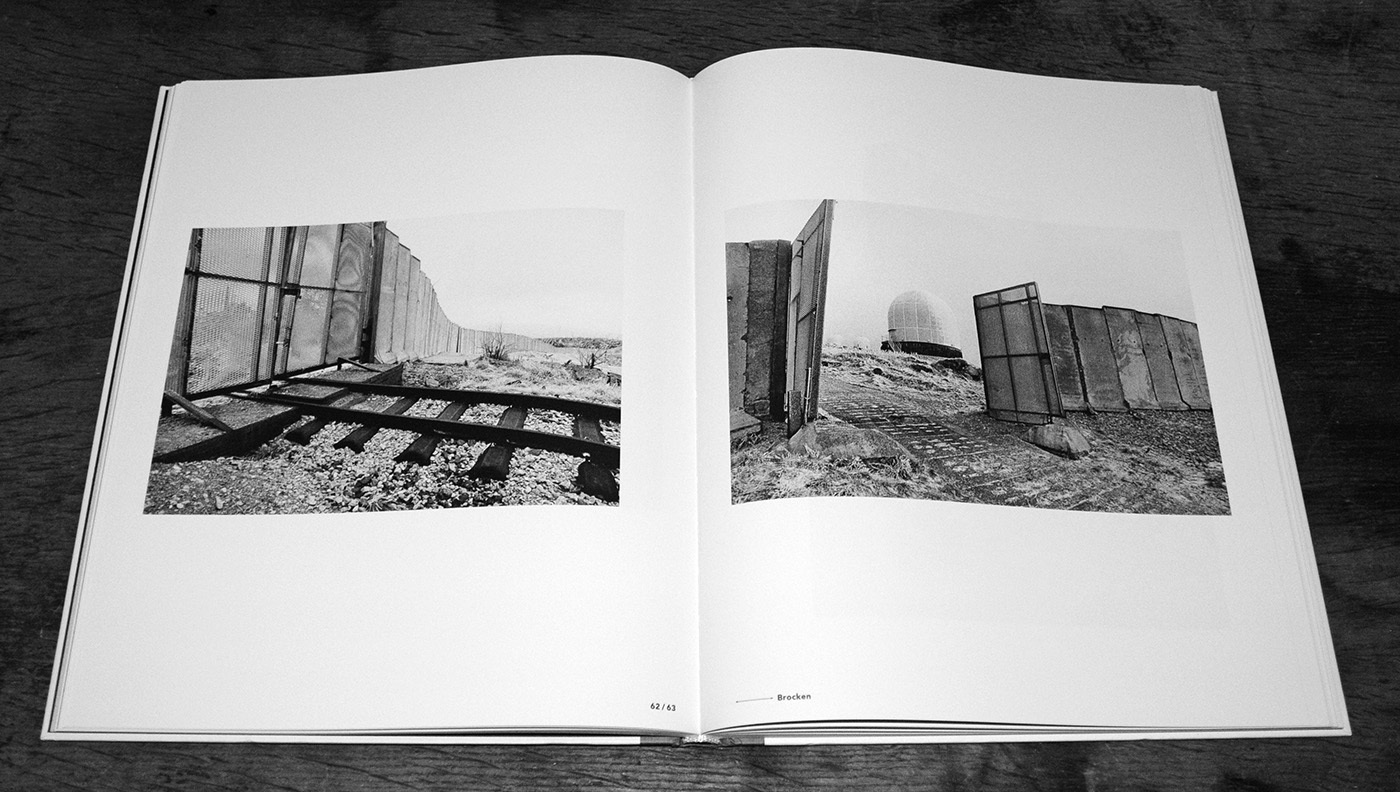 The book was published in 2009 and is a collection of photographs taken by six different photographers of the barriers that divided East and West Germany, just as the country began to be reunited. 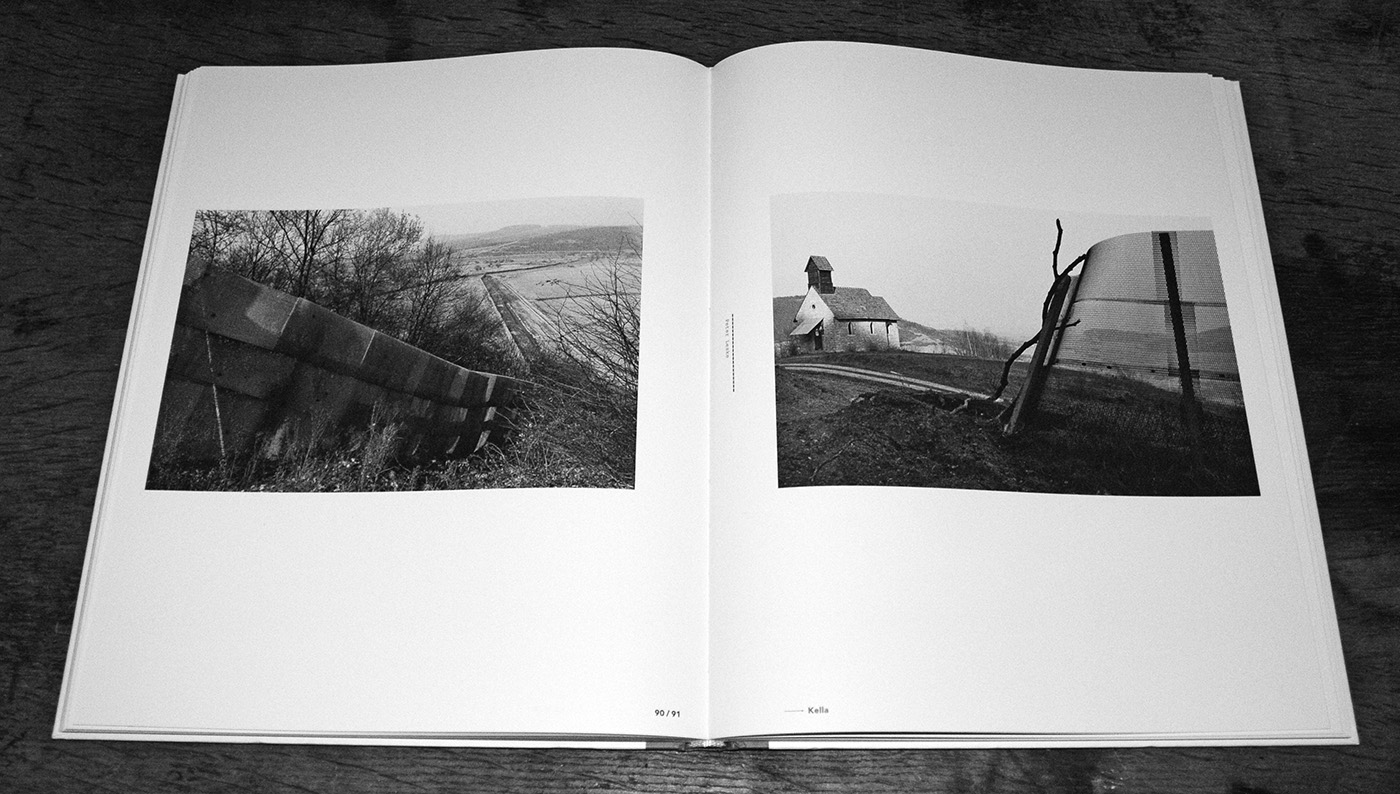 While a lot of imagery of such things has focused on the Berlin wall, this is more a document of the barriers in the landscape, next to frontier villages and so on.

There’s a curious harshness or possibly even (static) violence to these structures, their purpose and the philosophy that underlined them. 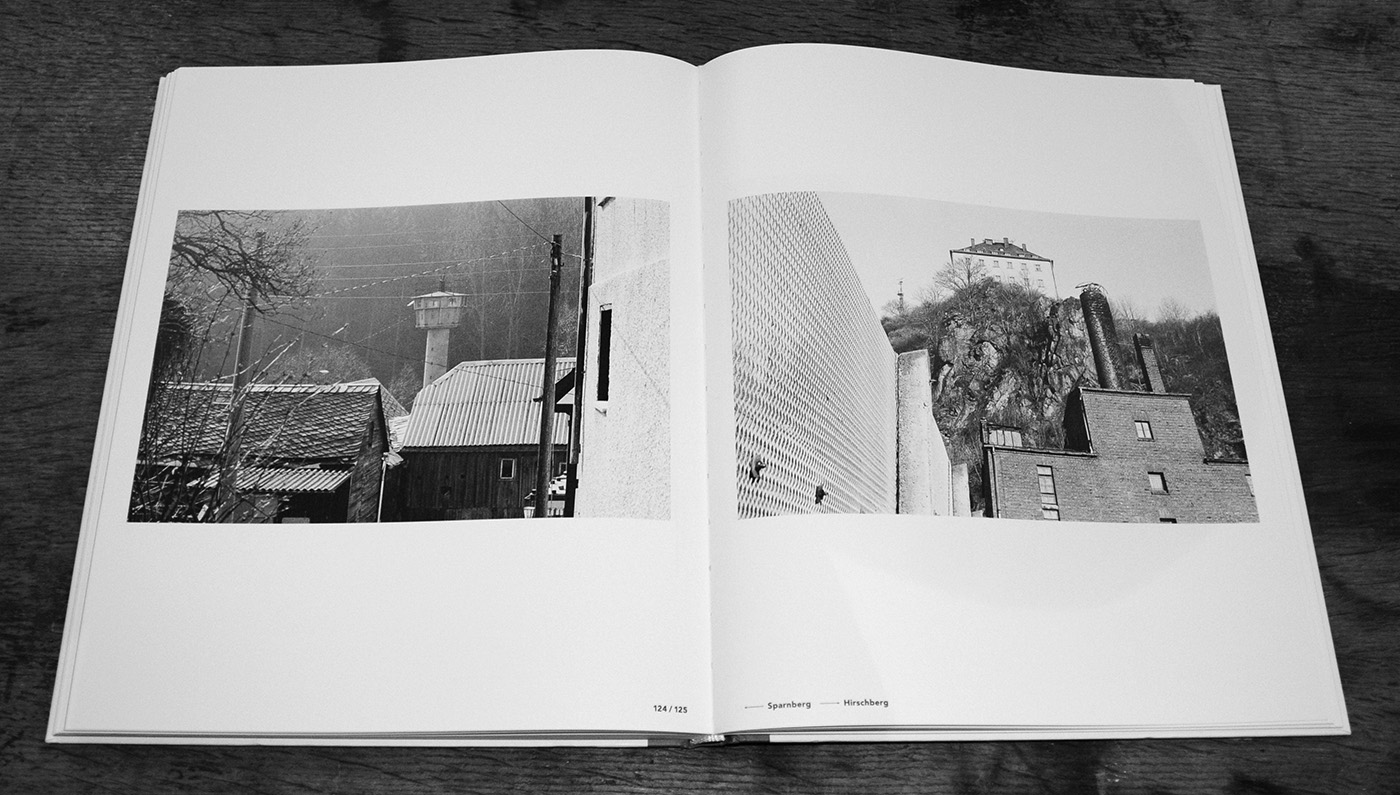 It is a fascinating, enthralling, moving book and I’m rather glad I found it.

Although the images were taken in 1990, they seem to harken back to an earlier, nearer mid century time somehow and reminded me of Paul Virilio’s Bunker Archaeology photographs… 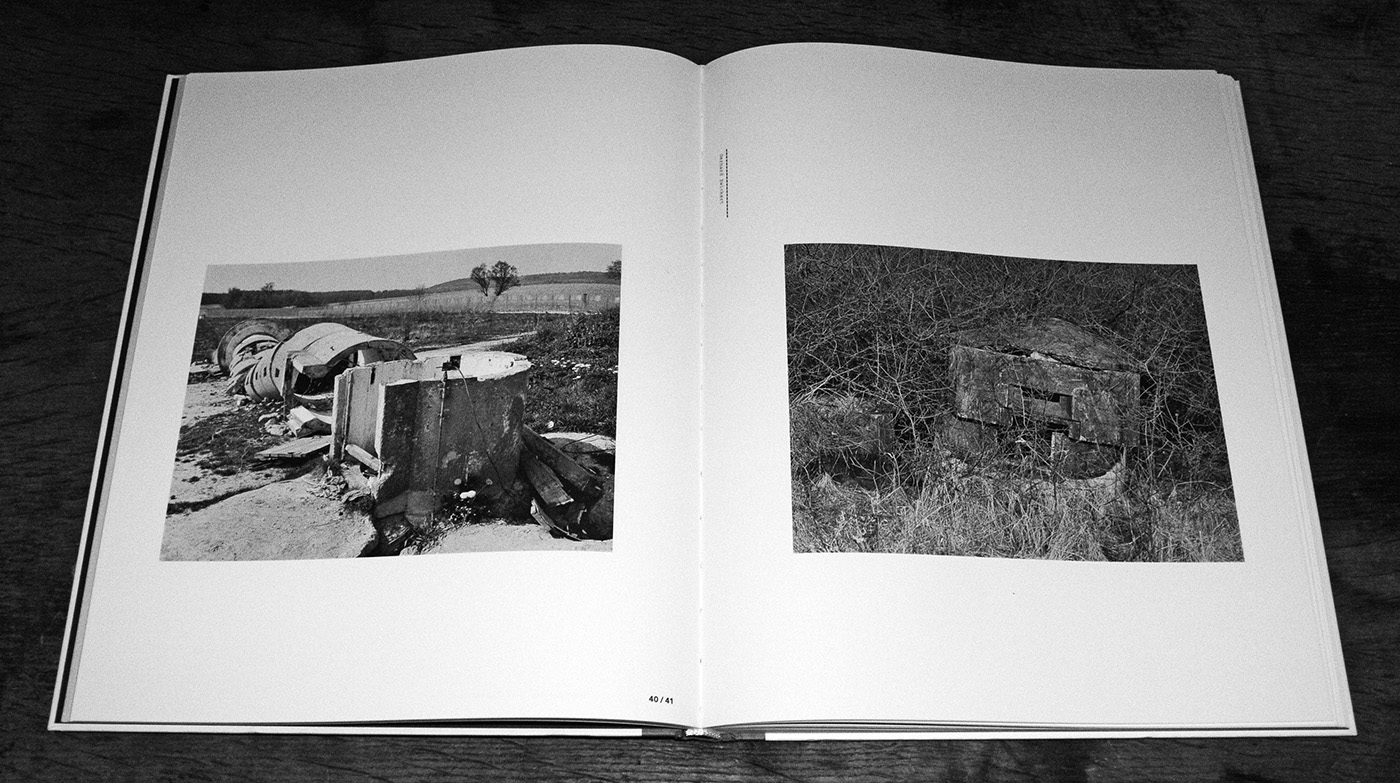 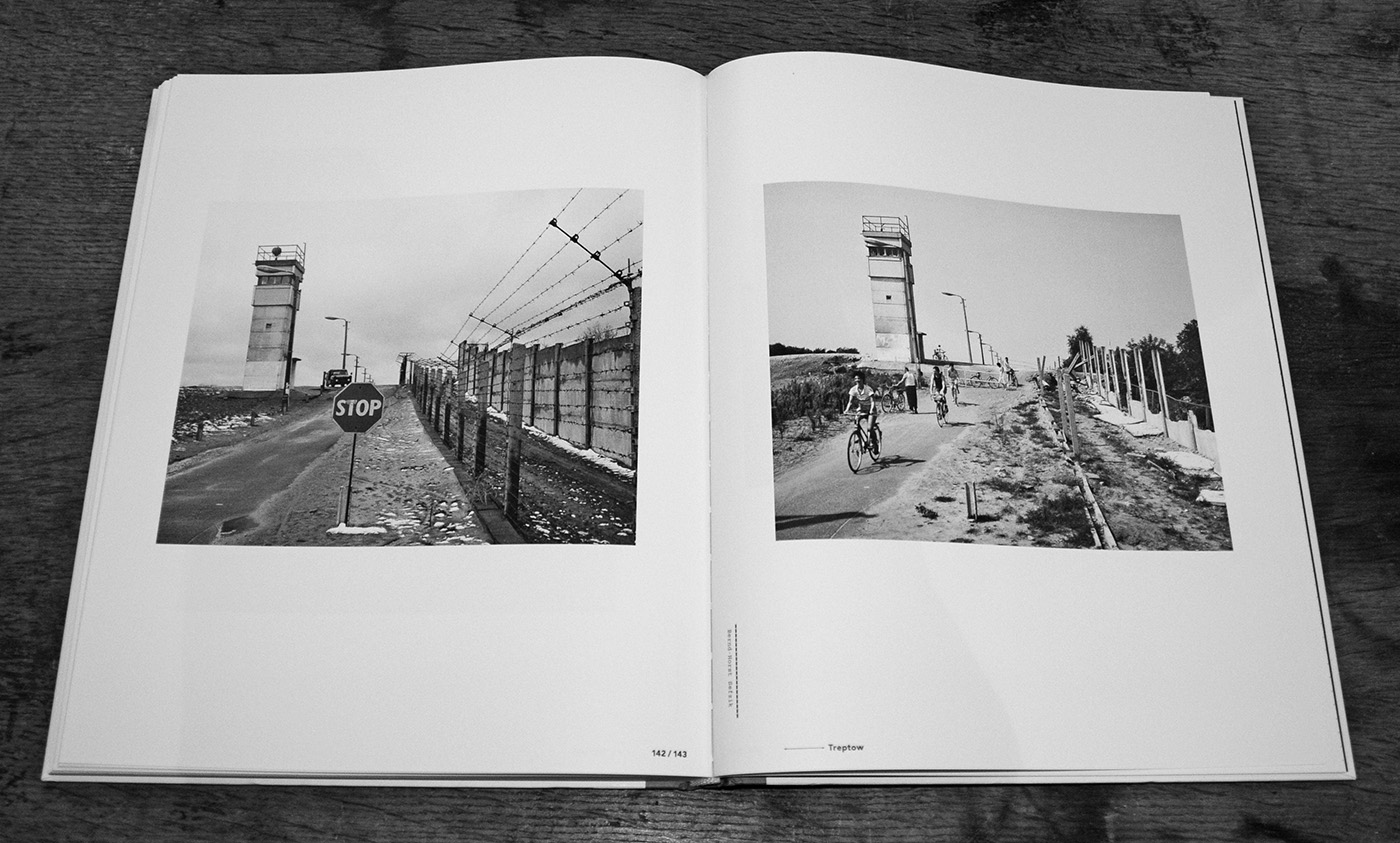 Elsewhere in the ether:
Peruse the book here and at the publishers Kerber Verlag.